DD is looking for a new home.

For several years, we've been trying to record notable goings-on at Duxford, and have found an online forum is the best way to encourage more contributions. Having decided our previous host's upgrades are not fit for purpose, we are going to start a new thread here.
It is intended to be picture-led, and cover not just warbird activity, but all aspects of historic and contemporary aviation (and maybe non-aviation) at Duxford. We don't intend to compete with the Airshow Photography board, but we'll cover flying, restorations and visiting aircraft alike.

Anyone is welcome to add pictures, but we hope to keep things factual and keep the rumours and gossip elsewhere !

To start things off, an update on some of the current projects. The IWM Victor conservation continues (and will do for a long time yet). The starboard landing gear has made good progress and may be ready for assembly soon: 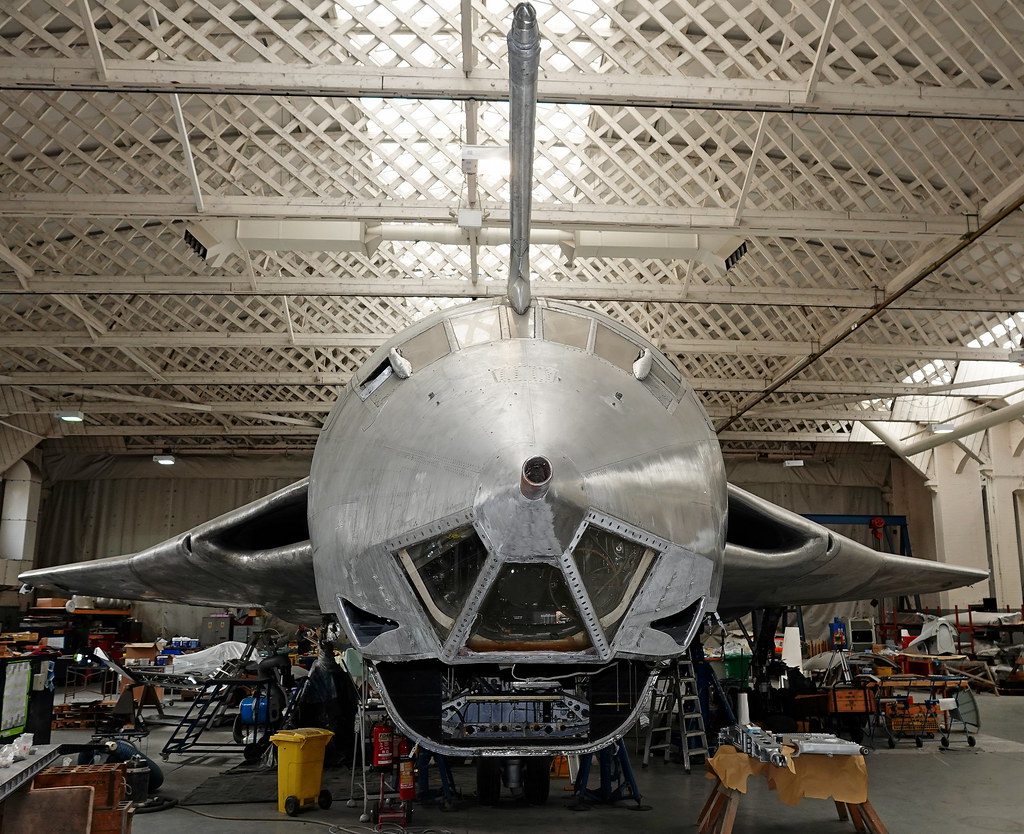 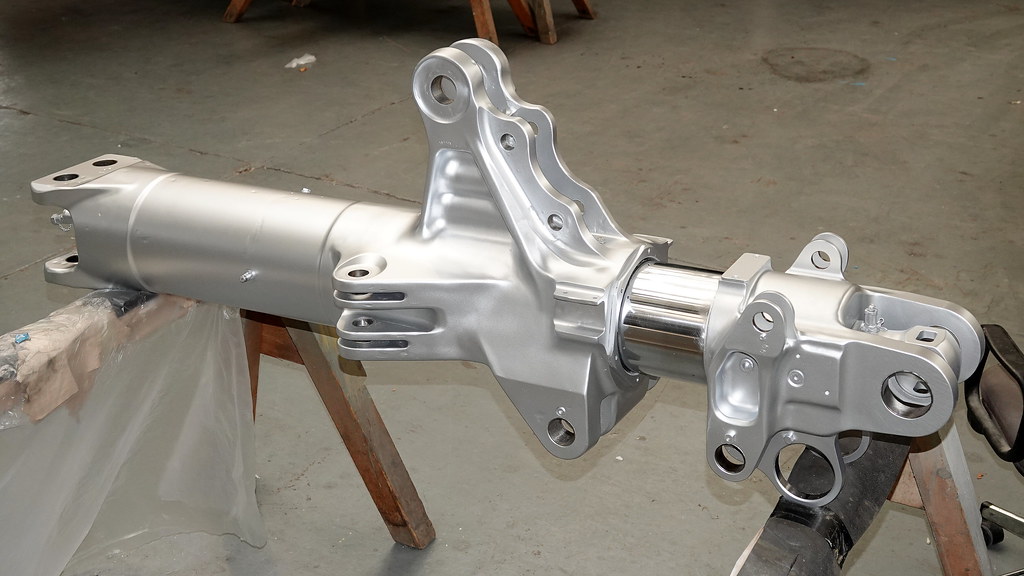 The Ohka rebuild continues, the complete tail section is waiting for completion of dummy rocket motors before assembly: 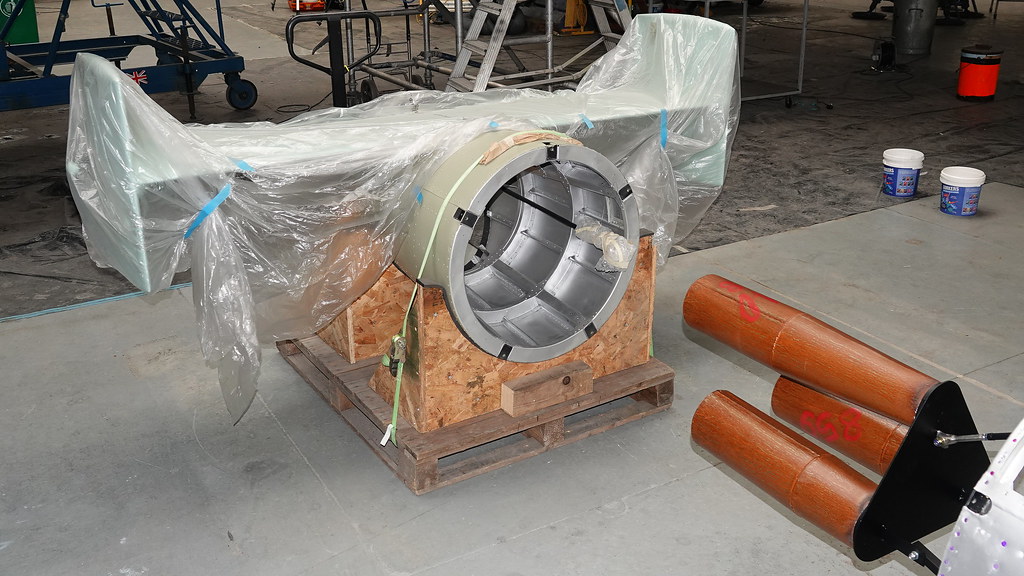 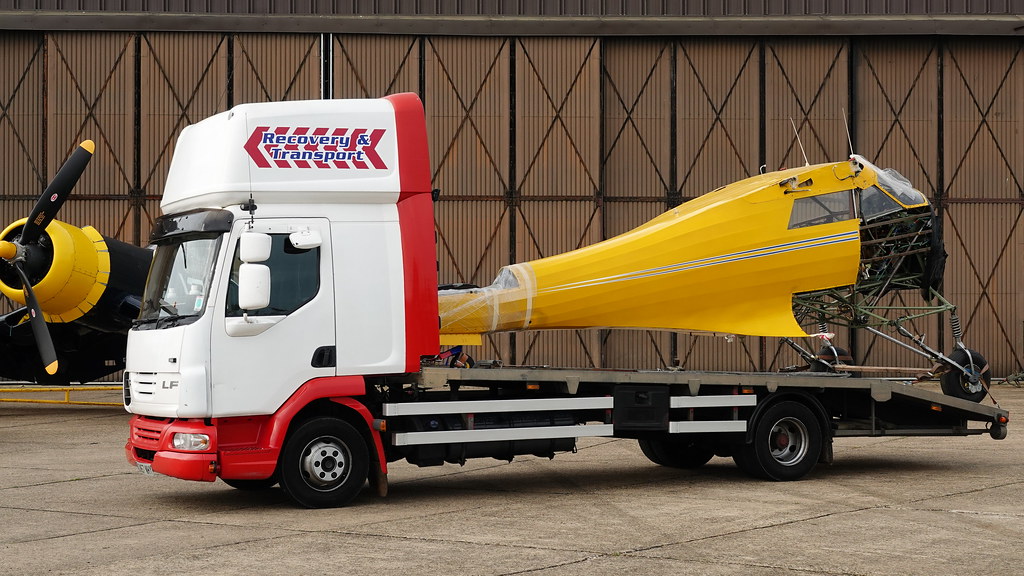 Now being reassembled. It is a surprisingly complex structure built around a steel tube framework.
Originally imported for Pink Floyd's David Gilmour and approaching 30 years in the UK.
Registered as a D17S, it is more correctly a GB-2 (the USN designation) or even a Traveller Mk.I (since the Royal Navy was the first operator).
(Many thanks for photo access) 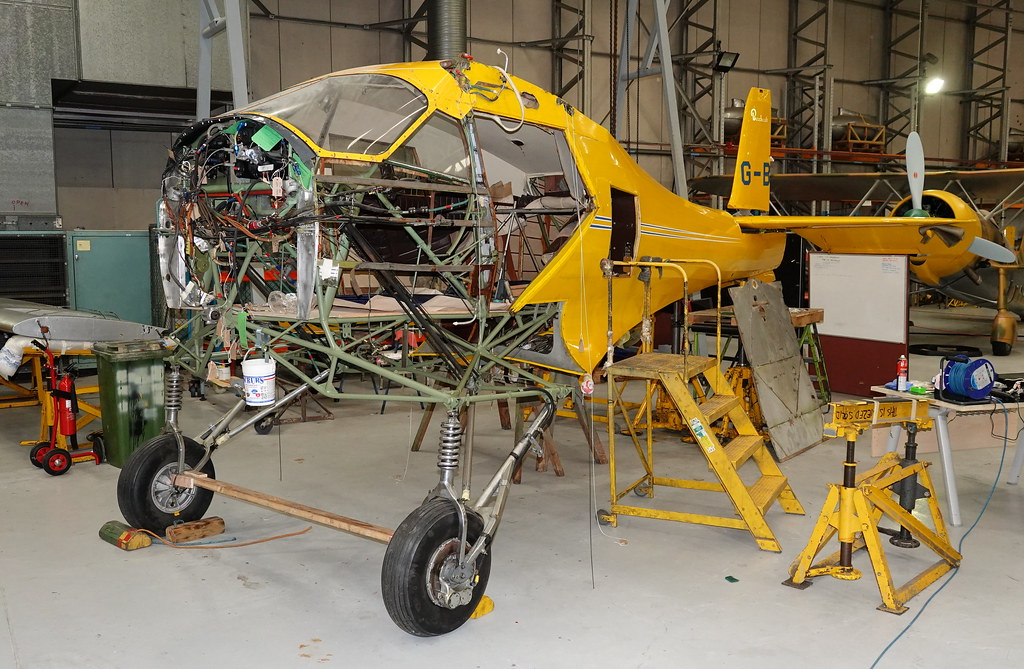 Although this 1941 Meyers OTW-145 has been at Duxford for a couple of years, it has only recently been visible after a move into Hangar 2.
Missing engine would be a Warner Super Scarab: 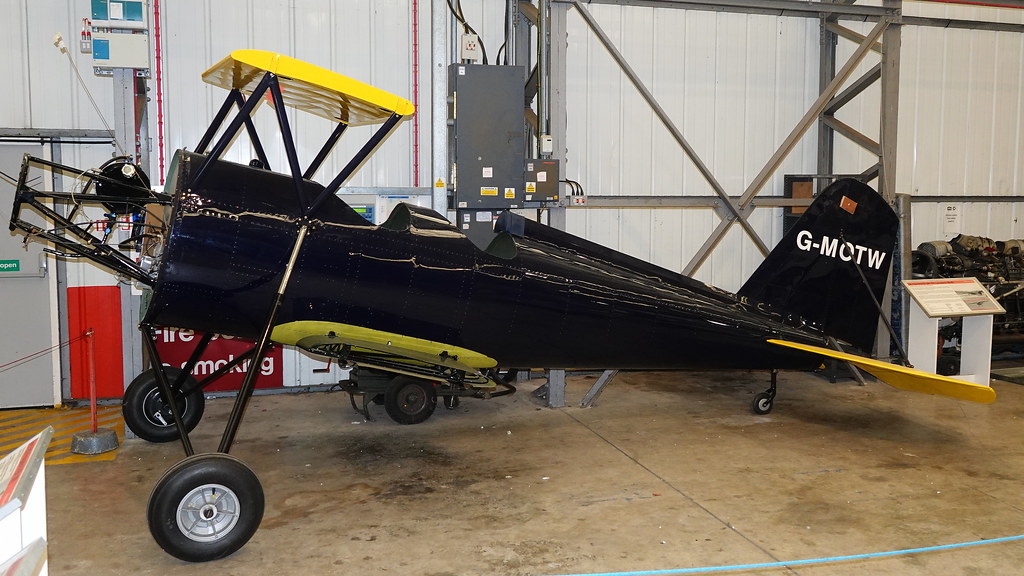 Finally, 'Sally B' moved into Hangar 2 on Wednesday ready for the usual winter maintenance: 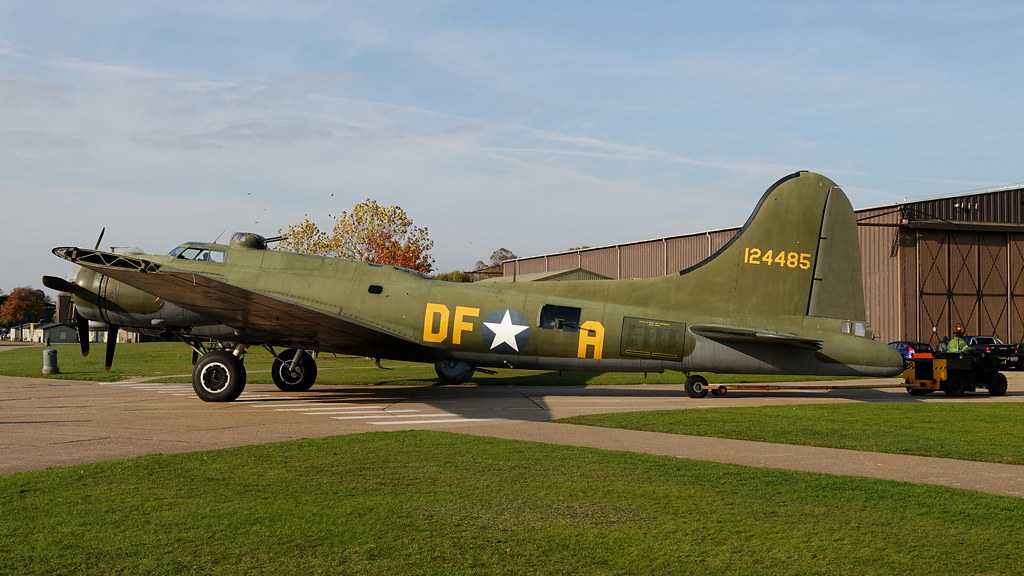 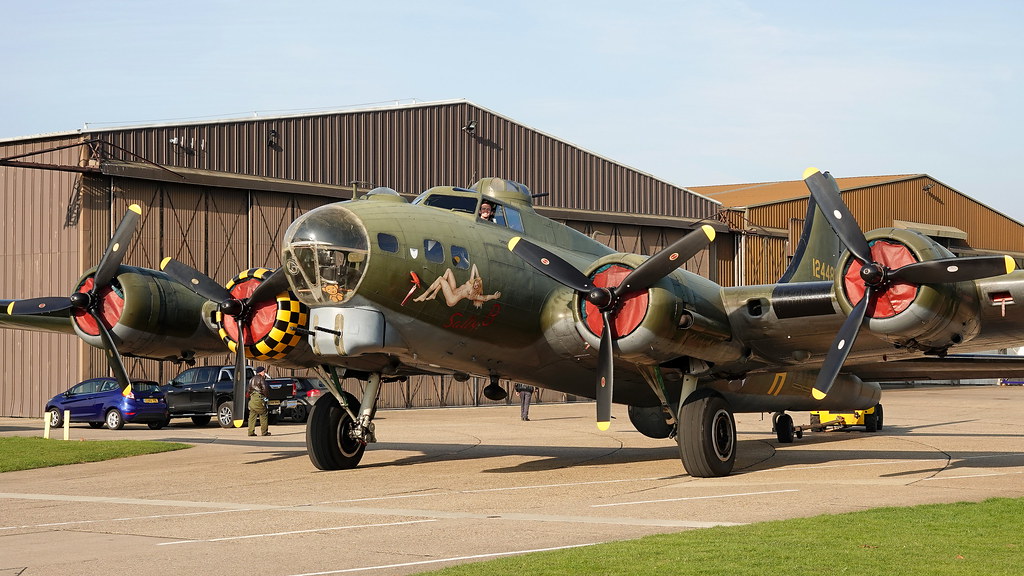 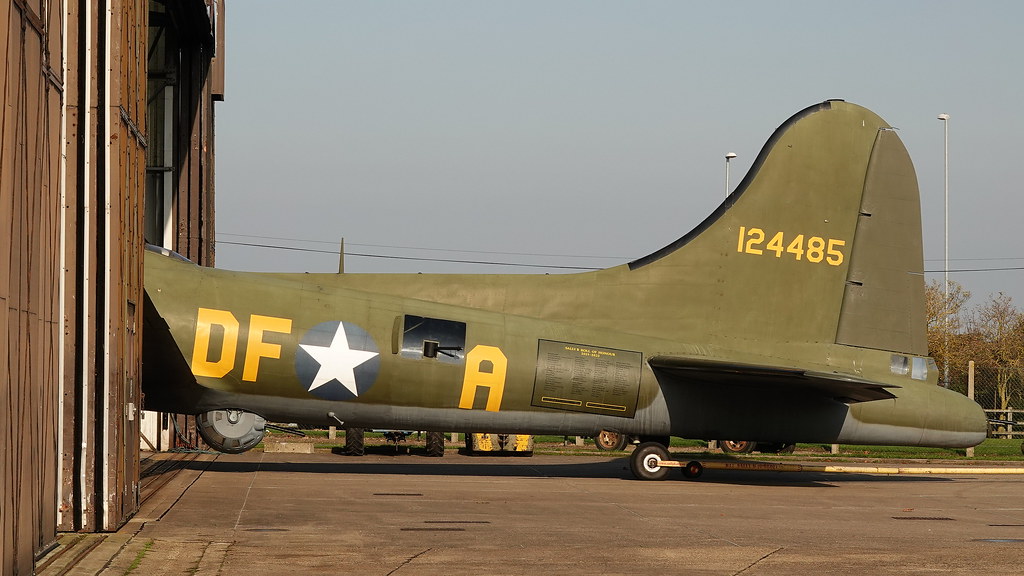 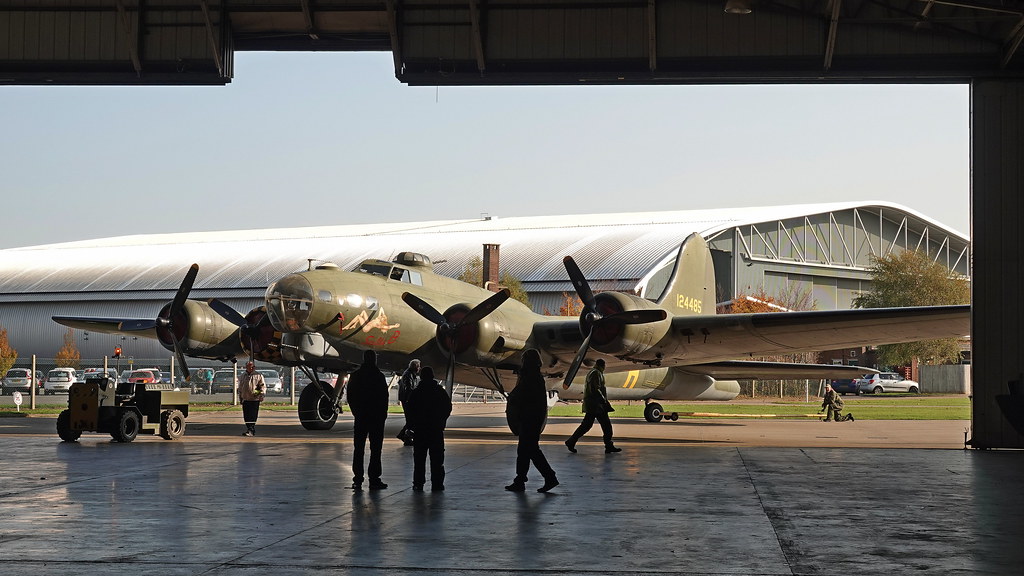 Wonderful to see this continuing.

Glad its found a new home. Look forward to the updates!
Thomas
Top

Nice move DCW, I have missed your delightful images over the couple of months. This gives me a new reason to come back to UKAR on a regular basis too. Hopefully BM and other Dux paps will add their content here too, make this 'the' Duxford diary site. I trust the UKAR gang will keep the comments civil and respectful too.
I need to get up there and see the Meyers.
Good news.
Top

Good to see the thread re-appearing and, like most others, I'm totally unimpressed with the current iteration of its former home.

The more the merrier !
No rules, but two suggestions:
Try and keep it topical.
Airshow sets are better presented in the 'Airshow Photos' board.
Top

Good to see that Duxford Diary will continue!

Looking forward to the updates.
Top

Really great to see this! It was this thread that kept me lurking on Key for years.

Great to see the Duxford Diary has found a new home.
Top

Thank you for bringing this to UKAR, Duxford is a fascinating place & its great to be seeing behind the scenes regularly
Free straws available to clutch at - PM me. Inventor of the baguette scale
Top

Great to see this world class thread back on track.
Utter fools that let this slip from their grasp.
Thanks for all of the great photos and updates as always.

Great to see you've found a new home, and THANK YOU for ALL posts past and present keeping everyone updated with all things Duxford.

Its good to be back.
Duxman
Top

Great to see it up and running again!
Keep up the good work!

Hurrah - thank you and for keeping us going!
Top

Regarding Duxman's post, what was the Spitfire and Hurricane "diorama" about?
Top

Great to find this thread again, now that I too have migrated over from its previous home. Thanks for all the info.
Top 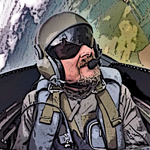 Another DXDiary refugee (& occasional contributor) from Flypast and long time lurker here for the DX airshow photo threads.
Underneath my gruff exterior is an even gruffer interior...
Top

As others have already said, its good to see the Duxford Diary has found a new home!

Thanks DCW and all you other Duxford residents, its much appreciated and may even start to contribute a few of my own, from years gone by (if that's allowed}.
...and pray that there's intelligent life somewhere up in Space cos there's bugger all down here on Earth!
Top

The Duxford Snapperazzi establish their encampment in preparation for the 2020 Diary...
Underneath my gruff exterior is an even gruffer interior...
Top

Duxford Sunday 3rd November:
Many thanks for all the positive comments, hopefully we'll be able to continue coverage over the quiet Winter months.

There's only one event scheduled before Christmas, which comes up next Sunday (Nov 10th). The usual Remembrance Sunday events will include a service at 1pm and a poppy drop at 2pm. Entry is, as usual, free.

Today was very quiet, but winter maintenance in Hangar 2(N) is already under way on both 'Sally B' and 'Miss Pick Up' : 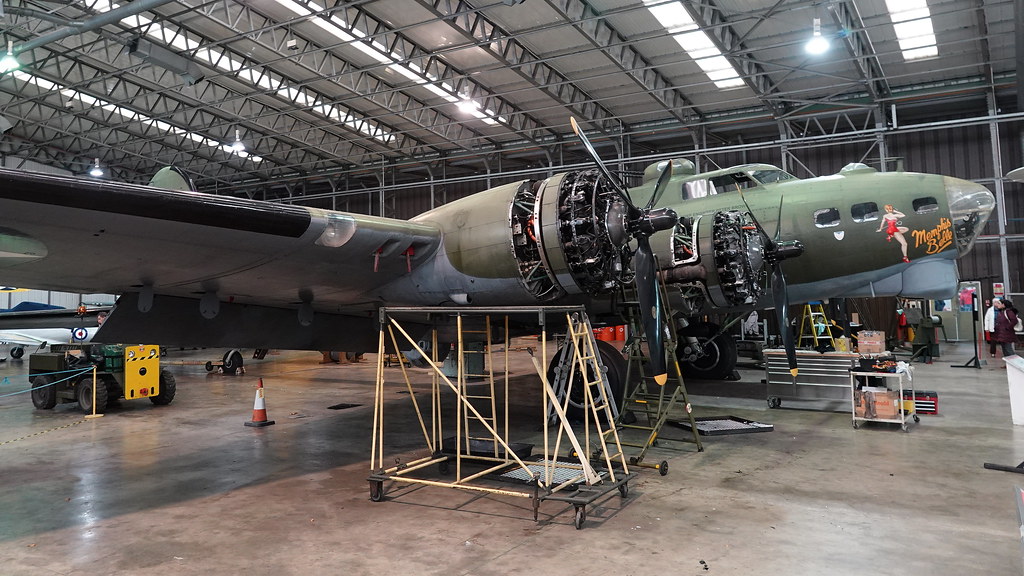 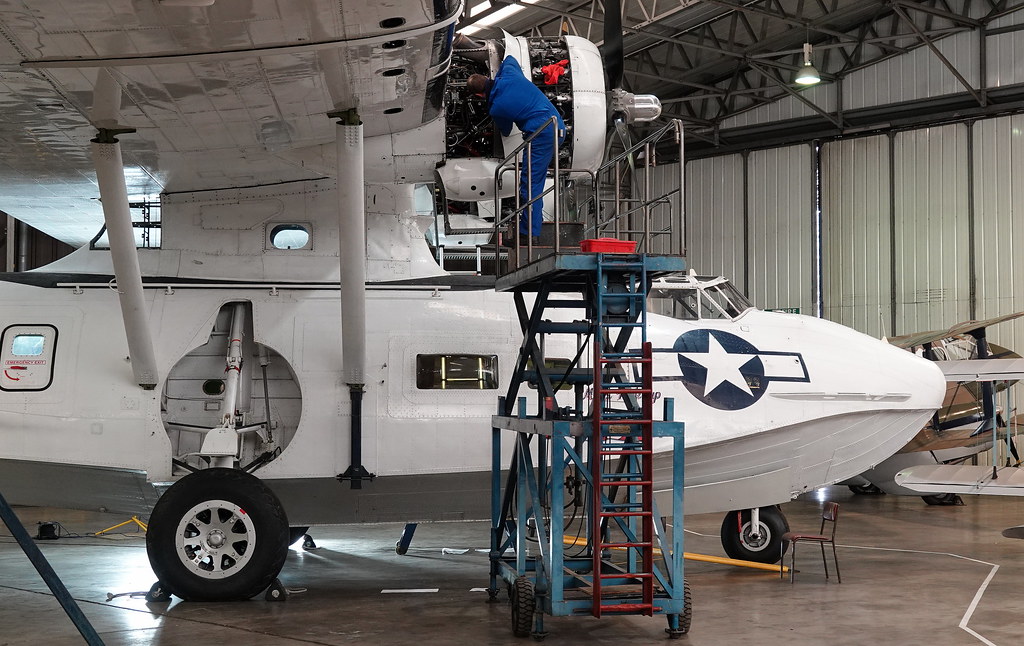 Great to see so many familiar names popping up from the other side. What a fiasco! Looking forward to the updates and usual high quality photography from the DX Snaparazzi.