On the 4th June come to Arbroath for Arbroath's Festival of Heroes featuring The Red Arrows, a flypast of the BBMF Dakota and maybe a wee flying visit of something fast, noisy and pointy

Ooh! I can get some smokies to take home.

Will probably endeavour to go to this. The train journey up from Edinburgh is quite nice.
Top

Alanko wrote:Ooh! I can get some smokies to take home.

Will probably endeavour to go to this. The train journey up from Edinburgh is quite nice.

Funny you should quote the smokies Alanko! My mrs said if I am going for the festival of heroes day, then I'd better bring home some smokies! Got my bloody orders eh!

I'm at Musselburgh Races that day!

Would have been delighted to attend otherwise. All the very best with the event, I hope it goes well and that the dreaded haar stays away...
Posting comments on an aviation-related chatroom, are ya? Looks like it an' all...
Top

I'll be heading to this. Can't wait!

Solo Typhoon flypast confirmed for 11am (which is when the opening parade starts).
Top

Festival of Heroes “The Specsavers Spectacular” is delighted to announce that the 4th of June Event will be officially opened at 11am by a FLYPAST of a Royal Air Force Typhoon Aircraft from No. 29 (R) Squadron based at RAF Coningsby in Lincolnshire. Flown by Flt Lt Mark Long RAF, the 2016 Display Pilot, the jet will perform a fly past at the Victoria Park in Arbroath and “Bringing on the Noise” will signal the start of the Armed Forces and Emergency Services Parade saluting our heroes from all walks of life. There will be various events taking place through out the day with the Stars of the Show being the Royal Air Force Aerobatic Display Team THE RED ARROWS.

It is due to the close co-operation between RAF Lossiemouth in the North, RAF Coningsby in the South and various departments within the realms of the Royal Air Force that the Typhoon Flypast and the Battle of Britain Memorial Flights DAKOTA flypast are taking place. The Committee of Arbroath’s Festival of Heroes wish to extend their most sincere and grateful THANKS to all in the Royal Air Force who have made this happen.
Top

I better catch an early train then! 11:00 seems a tad early to kick things off if you are expecting a lot of visitors from outwith Angus.

I will have to fit the fishmongers in after the Dak.

Phoonery at 11am!! Wow, I'd best be up early doors then! It looks like a great event! (see if my old battlecruiser can manage the route up,it's to get to East Fortune and Prestwick too!)

Reds to route Aberdeen to home and a flypast at EDI at 18:22Hrs according to NOTAM, if I manage to get down in time,then I'll park up at EDI CG6 and have the camera ready!

NO BBMF DAKOTA for Arbroath
Some old birds get a facelift and some just soldier on but sadly today our lovely old bird, the Battle of Britain Memorial Flight’s Dakota, pulled out of the Arbroath Festival of Heroes event being held at Arbroath this Saturday. After a safety inspection earlier in the week it was found that the Left Hand engine had a malfunction that could not be fixed and a full engine replacement had to be made resulting in the aircraft being grounded. Hopefully the aircraft will be repaired over the next few weeks and soldier on around many airshows in the UK but it will certainly NOT be at Arbroath.
A representative from the organizing committee said “The Dakota was due to be in Arbroath at 1215 on Saturday but sadly I took a disappointing telephone call advising that the aircraft was grounded therefore unavailable. With the Lancaster also grounded sadly there will not be a alternative available! The Battle of Britain Memorial Flight were extremely sorry and felt terrible about the cancellation as they were very much looking forward to coming North as it doesn’t happen often.”
Negotiations are on going between the organizing committee and the Royal Air Force for an alternative but are awaiting final confirmation. The Royal Air Force Aerobatic Team THE RED ARROWS WILL still be displaying at Arbroath.
Details of the Arbroath Festival of Heroes event can be found at
www.arbroathsheroes.co.uk and IT’S FREE!
Top

That's a shame about the Dak, was looking forward to seeing it again.
Card carrying aviation addict!
Top

Shame about the Dak indeed. It does give me more time to buy smokies though.

Smokies acquired! Quite an enjoyable day out for us, even if the Scotrail fare was extortionate to say the least. Arrived at 10:30 or so, and when the Typhoon turned up at 11:00 they were still setting up the PA and there weren't that many visitors. It sounded a lot like another Typhoon flypast happened at 16:30, but I couldn't see anything from where I was by that point. The Reds were excellent though, and it was a big crowd for such a small place.
Top

Glad you managed alanko, I unfortunately didn't as I was grabbed for other stuff

. However I did manage to get to EDI CG6 up on the mound by the riverbank and get the Arrows doing a flypast!

So all wasn't lost!

It is good that you got to see the Reds. I saw conflicting timings reported on the EDI Facebook page. One time was 18:15, and my train was rolling past EDI at that time to the triumphant sight and sound of zero Red Arrows.

Thanks for the heads up about the Reds at EDI Stratocaster, I opted to go down to the Newbridge end and got these. 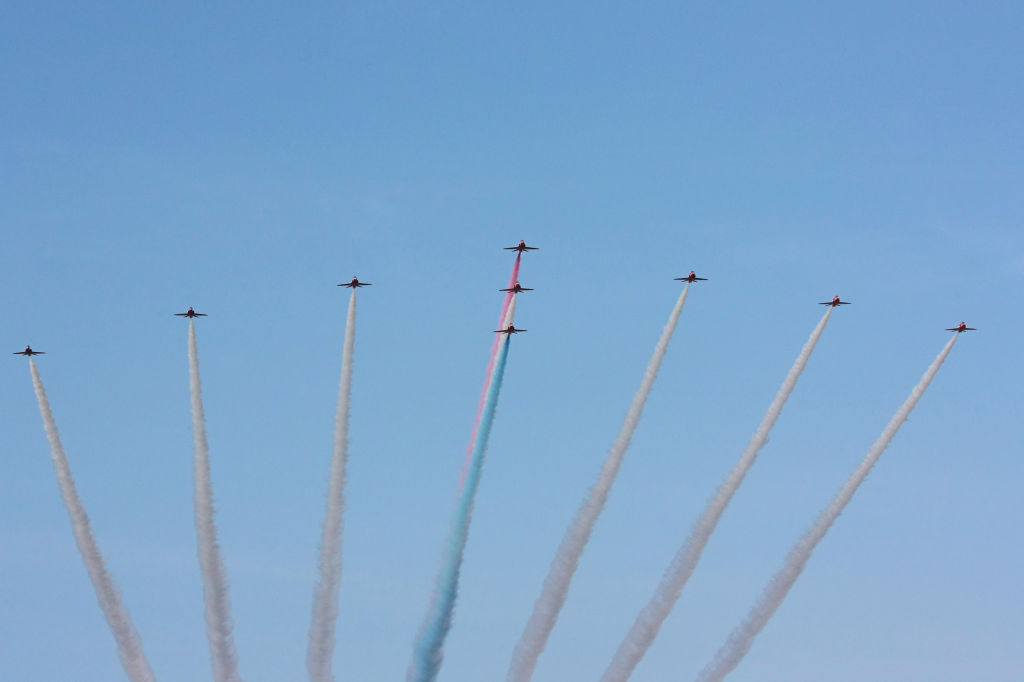 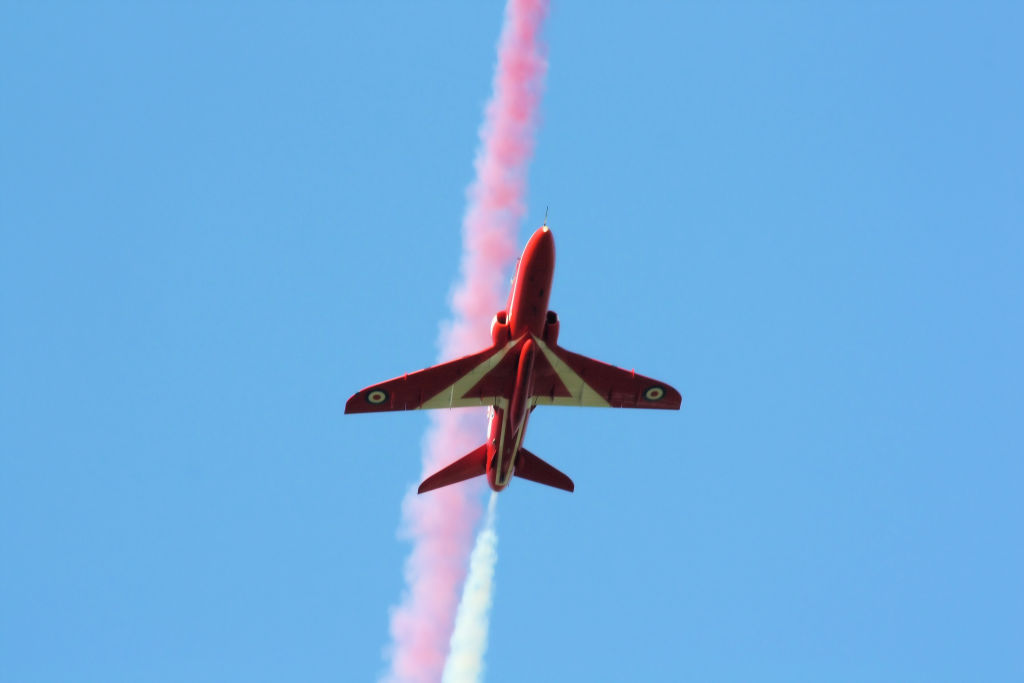 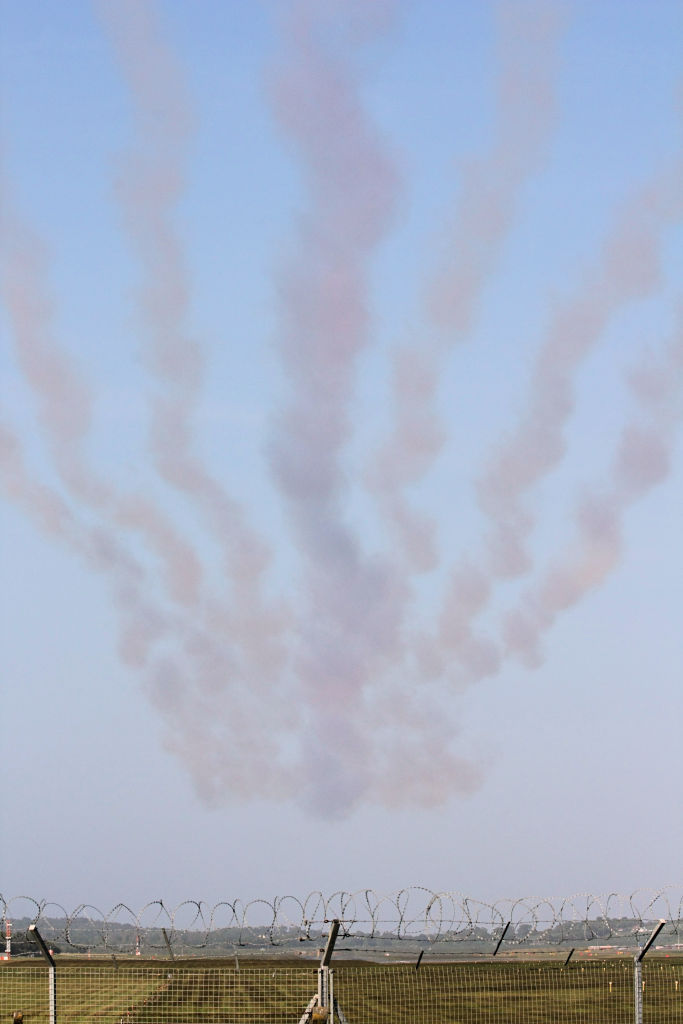 Went down to Silverknowes which is under the Flight Path for Runway 24 at Edinburgh and got an amazing sight of them on the run in, despite the fact they hadn't turned the smoke on then it was still amazing to see them - sorry forgot the camera so unfortunately have no shots to show..........

Hey bolshi did you have much problems with the traffic from the Gardening Show at Ingliston when you were getting these shots?
Top

You're welcome Bolshi! Nice shots! Managed myself to get some rolling film on the flypast. One guy booted it along the M-8 to get them!
Unknown74, I know you asked Bolshi about the traffic chaos around Ingliston, I was on my way to Kirkliston to the back of EDI for the reds, I did wonder what all the traffic was held up for until I took my spot at CG6, and I twigged! It had well cleared by the time I left, so booted it back into town.
Card carrying aviation addict!
Top

Great day even though I missed both Typhoon flypasts, but by all accounts that's all it was. The tech issues with the Dakota was a real shame although the Reds were as usual spectacular. Weather was very kind, and great crowd.
Heres a wee taster...
1 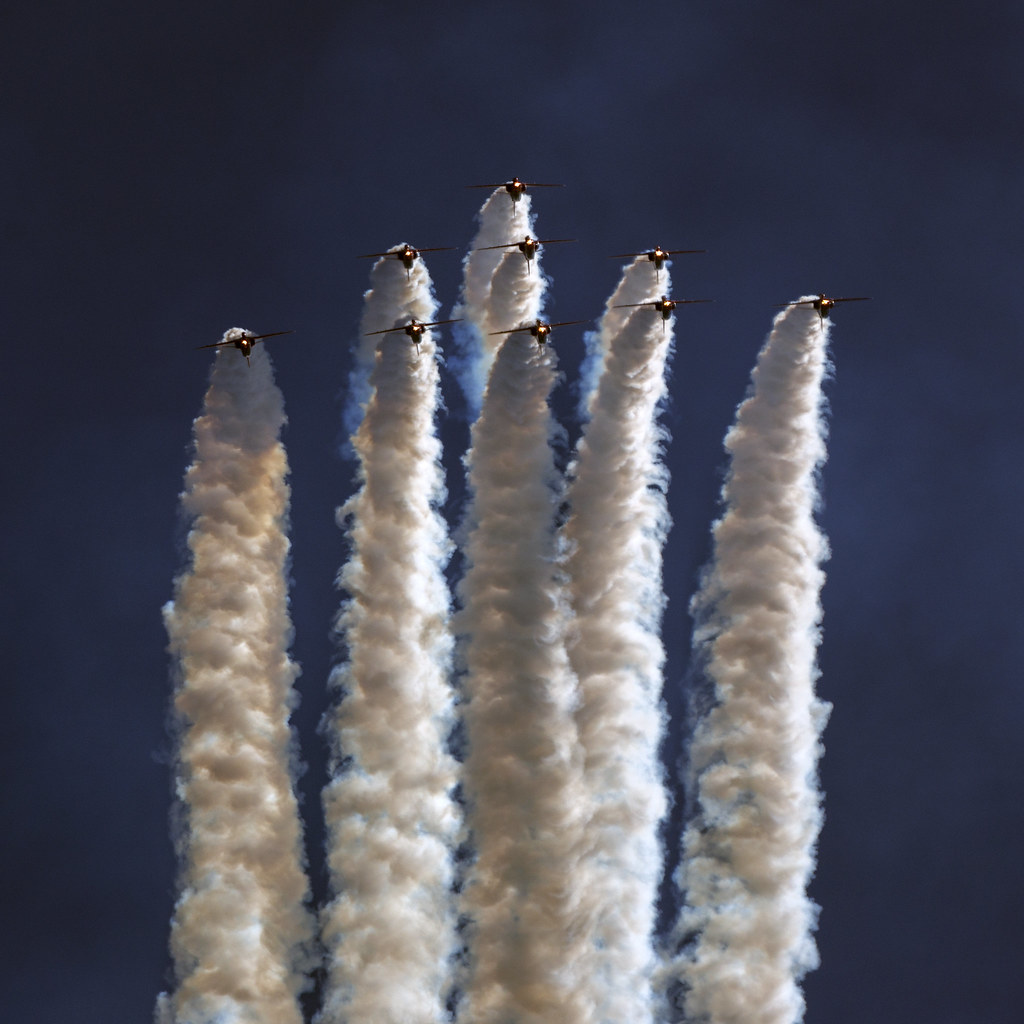 Top of the loop by Brian Macdonald, on Flickr
3 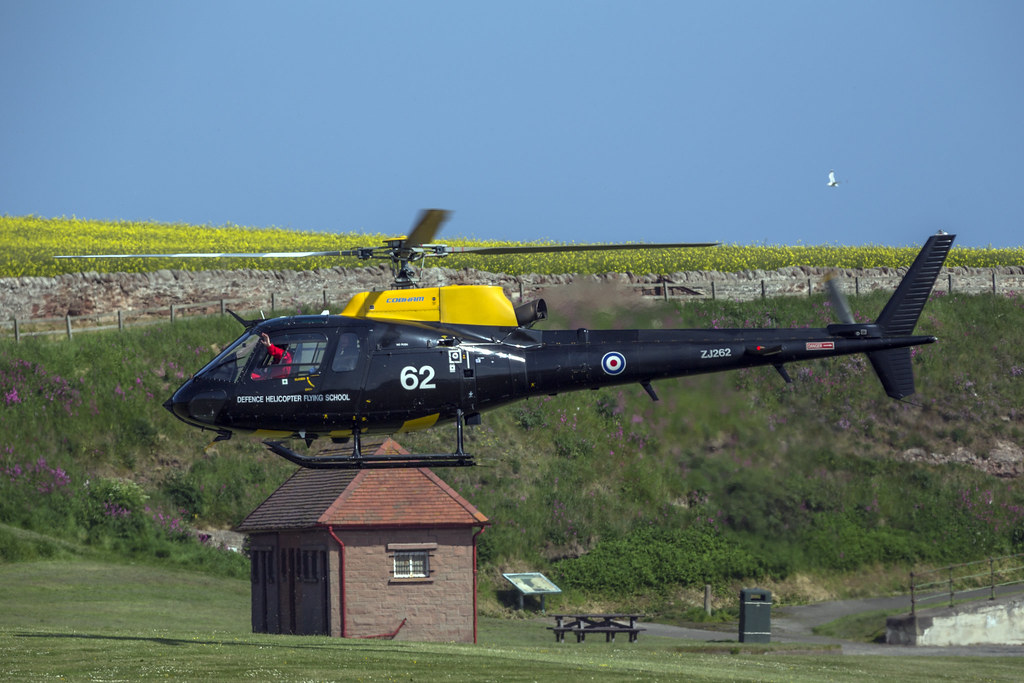 Uknown, I came along the A89 from Bathgate so no problems with the traffic

. Parked up at the area just up from the treatment plant and was the only one there! I normally miss these things as like Stratocaster I always seem to be at work although I did catch a long distance pic of the S92 as it flew over on approach to EDI the other week.

Nice shots Brian! Looks like everyone had a great day! I'll dodge along next time hopefully!