Chat about anything not specifically aviation related
Post Reply
2233 posts

My local shop (which I think is an un-mentioned Londis) sells ripe banana's as well as ripe mango's which is better than the mango I bought at Sainsbury's 2 weeks ago, it still isn't ripe today!!

Continuing on from my insurance gripe last mentioned, today I get a text message from Admiral saying "your car insurance is due for automatic renewal on 24th May, you can check your renewal details online". After looking at my original documents and my renewal letter last week it states that I am NOT on auto-renewal, something I know I specified due to previous experience, so I looked online and yep sure enough someone has altered my insurance to be on auto-renewal!! Now I gave them a call last week (as mentioned before) about my renewal and got the quotes down and some extra's thrown in. It was left as a renewal quote, they gave me a ref. number and I simply had to call back on 24th May to go ahead with it. This gave me time to do some more price matching. Apparently the dipstick I was speaking to naturally assumed I wanted that quote and therefore changed my policy to be on auto-renewal and to accept that quote. 'All calls are recorded' but apparently not when you speak to the manager and ask them to review the call and point out the part where I accepted the quote and said put me on auto-renewal. Seriously, not a day goes by where I don't have to deal with a complete idiot. How they get past the interview stage is beyond me!
Top

Seriously, not a day goes by where I don't have to deal with a complete idiot. How they get past the interview stage is beyond me!

If you were a little bit cynical you might think that you were not dealing with an idiot, but someone who is instructed to make these "mistakes" in the hope that customers cant be bothered to sort it out and carry on with the renewal anyway.

But that would never happen - would it?
Over 300 free things to do in London
http://www.toplondondaysout.co.uk
Top

Fair point indeed. I'd like to think that a large company I am throwing hundreds of pounds at every year is not committing fraud and deception but I guess you never know! I'd love to tell them to stuff it but unfortunately they have offered the best quote and package so far

Thumper, you should report that to the ombudsman, many staff are on performance related pay and changing the status of policies to auto renew would be a very easy way of selling additional policies and if anyone questions it, it's easily explained. The real test of such "innocent" admin errors is looking to see how often it happens the other way.

The other thing i discovered with Admiral insurance - when it comes to getting a new quote the Admiral website it will not allow you to do a new quote under your name (if current policy is in your name) as all it says on their site is call for details. So I had to put my missus name in and all the details and voila a much cheaper quote than the auto renewal.
Did you hear about the dyslexic pimp? He bought a ware house!
Proud member of the Silverstone Marshalling Team
Top

Thanks for the info pbeardmore, shocking, and that's interesting rcdhawk! I think I will give the insurance ombudsman a call as the 'manager' I spoke to at Admiral was so cagey about it all. When I said 'well that's OK you said all calls are recorded so it's easy to check' that's when he got a bit defensive and said that all quote calls are recorded for training purposes only and this was not a quote call and it wasn't a matter associated to training. It's still easy to check though as I screen printed all the details from my online account at Admiral and have 2 letters stating I am not on auto-renew and it was changed the same day I called for my renewal quote. This is so underhand, I can't believe they think they can get away with blatant fraud, I'm sure it must be classed as either fraud or deception, or maybe even both! I'll see what Mr. Ombudsman says.
Top

Many of the banking sector mispractices started out with a handful of complaints and has ended up with the massive fines and repayments that we are currently seeing. Does anyone trust the insurance sector more than the banks?
“The best computer is a man, and it’s the only one that can be mass-produced by unskilled labour.”
Top

2004 bathroom window photographer of the year

Brevet Cable wrote:UPS ........ Having been at home all day , can't say I was too impressed to receive an E-Mail from them this evening claiming that there was nobody here when one of their drivers attempted to deliver a parcel !!

I live on Anglesey and I sat at home for 8am to 5pm awaiting Curry's to home deliver a fridge/ freezer. the time window closed at 5:30 so I phoned the head office, and 10 minutes later I got a phone call from the truck driver saying "No one was in, when he called. I'm at Rhyl now on my way home to Manchester. Do you want it today?"

"Yes I do need it today" So he had to drive all the way back, when he delivered the fridge/ freezer he was not a happy bunny!!!! God it cheered me up

My car being off the road for a month, now its all back together but the only thing stopping me starting her up is a 3second job that I need someone to help me with but sods law has it that no one is about

Free straws available to clutch at - PM me. Inventor of the baguette scale
Top

Oh - and that Irish clown who does the commentary. Not Wogan - the other clown...
I am not a loony... I used to be, but I think I am better now...
Top

Oh - and that Irish clown who does the commentary. Not Wogan - the other clown...

Graham Norton
Did you hear about the dyslexic pimp? He bought a ware house!
Proud member of the Silverstone Marshalling Team
Top

That's pretty much a weekly thing for me. Add to that building waste, fridges, fast food wrappers, tyres.......

Allegedly they want to close our two local tips and amalgamate them into a super-tip, 20 minutes drive further away. Hate to imagine all the fly-tipping we will be burdened with then!
My Flickr
Top

Finally getting everything sorted & fitted to the car, go to start her up


Batteries dead.
Free straws available to clutch at - PM me. Inventor of the baguette scale
Top


That's pretty much a weekly thing for me. Add to that building waste, fridges, fast food wrappers, tyres.......

Really annoys me and I think its totaly unaccpetable to dump waste on other peoples land or garden or whatever the case might be, I have always been annoyed to see litter left all over a street or bus etc but its getting worse and I am actually thinking why dont people just use a bin or take rubbish home with them. I would not dream of chucking my waste onto anyone's property its not called for at all. As I am sure you can all see litter and fly tipping and the dumping of rubbish on others property is a something that I really take a dislike to

Not much gets me that mad but seeing litter left all over somewhere annoys me so much and dont even set me off on people who chuck rubbish around at airshows.
2004 bathroom window photographer of the year

How not to do a crash for cash scam, I hope they feel the full force of the law
Free straws available to clutch at - PM me. Inventor of the baguette scale
Top

Bloody hell that's frightening!! I hope everyone was OK including whoever clouted the van/lorry.
Top 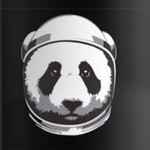 seriously thats terrible and ive seen it done over the years. mostly not in peugeots.

while we are at it, people who insist on driving at 100mph weaving in and out of lanes as they have got a new car and think they are in a game.
Those aren't pillows!!!!
Top

Whilst I'm not defending the Peugeot driver who did behave like an idiot, I can understand why he was driven to it with the idiot lorry driver driving so bloody close. 2second rule?
As for the other idiot who hit the lorry he obviously wasn't leaving enough room to stop either, or not concentrating or both.
I expect they had a nice conversation about who was the biggest idiot.

So in case I wasn't clear, what a bunch of idiotic idiots.
I know you think you understood what I said, but I'm not sure you realise that what I said is not what I meant.
Top

What two second "rule"? You mean the rule of thumb that people seem to think is a law?

May I suggest you familiarise yourself with the Highway Code, specifically section 126:

126
Stopping Distances. Drive at a speed that will allow you to stop well within the distance you can see to be clear. You should

At no point during the video was the camera vehicle in the wrong. The Peugeot driver needs his/her license destroyed immediately, and whomever managed to crash in to the back of the camera vehicle needs a stern word. Although, how many of you expect to be driving down a dual carriageway at 50mph, with the inside lane clear, and come across a vehicle at an absolute standstill?

By the way, using the 2 second rule on a 70mph motorway would mean you are 14 (yes, FOURTEEN) car lengths behind the vehicle in front.
ChrisGlobe.co.uk
facebook.com/chrisglobecouk
Top

If we assume, using your words that they were doing 50mph the overall stopping distance is 53m, yes I can google too. There is no way he was 53m behind the Peugeot. So yes he was in the wrong.

As for saying how ,any people expect to find a stationary vehicle in the carriageway, 2 points....

1. You shouldn't drive according to what you expect to happen, you should drive based on what could possibly happen. Most bikers will tell you that, treat everyone as if they are going to do something stupid.
2. If you don't notice a stationary lorry in the carriageway ahead you also should have your licence removed, driving without due care etc.

I know you think you understood what I said, but I'm not sure you realise that what I said is not what I meant.
Top
Post Reply
2233 posts

Return to “Off Topic”