Photos that are not aviation related
Post Reply
26 posts

No, I don't mean the God-awful film that's out at the moment!

Let's see some photos of your furry friends! 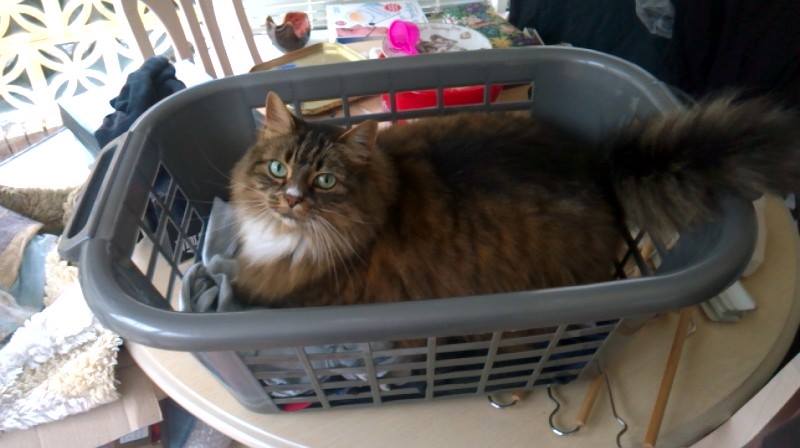 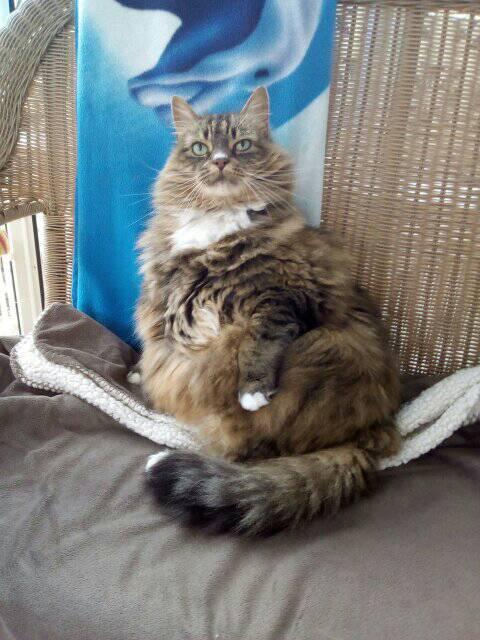 ....and my other rescue cat, Charlie. 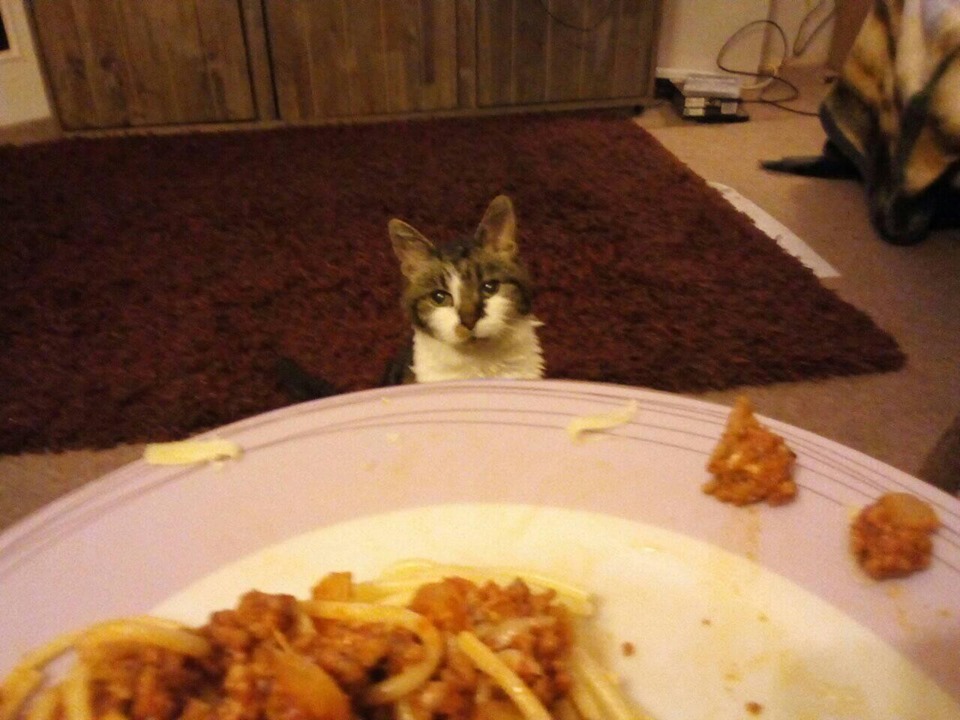 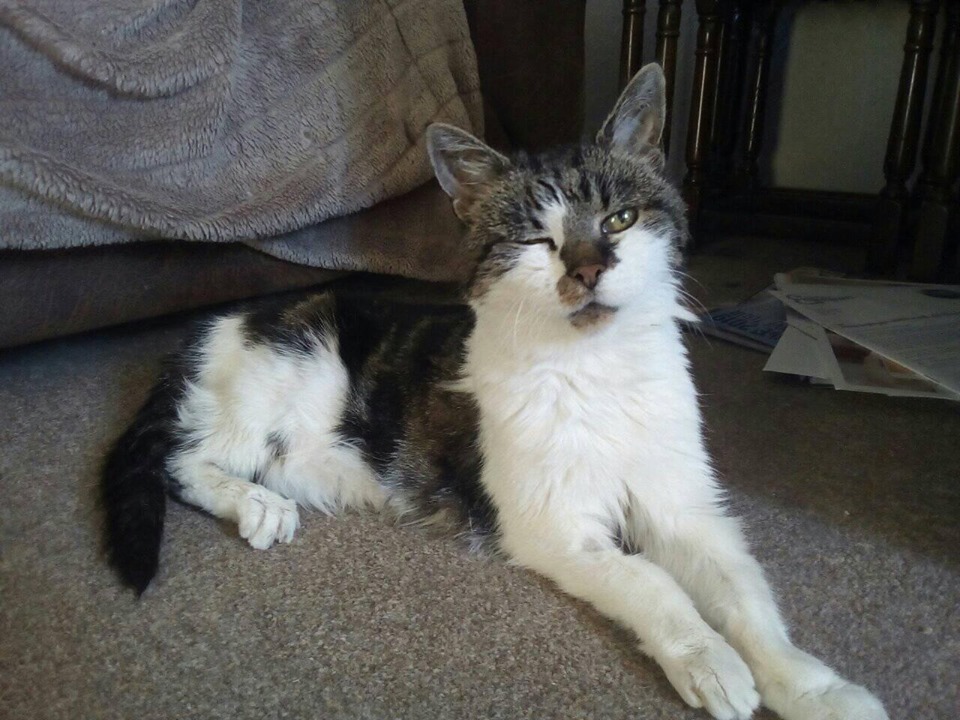 My old girl Millie is a rescue cat, she was left trapped inside the house where her owner died, she came here at about 8 years old that was 8 years ago, hates laps, hates cuddles, happy to be stroked, she expects me to warm a seat on the couch for her... yes I do!

Sparta is another rescue, he was abandoned by his previous owner, who threw him out of the house, when she moved back to Ireland, he was found with his mouth full of infected abscesses, which resulted in a number of operations to remove all his teeth.

Sparta can not play hide and seek!

Your Millie looks a lot like my old cat, Toots, who is sadly no longer with us.
Top

Your Millie looks a lot like my old cat, Toots, who is sadly no longer with us.

I have been a fosterer for Southend Cat's Protection (CP) for decades, had been taking in the FIV cats.

Including one that had been living rough on MOD Shoeburyness weapons disposal and testing site! (Now QinetiQ)

The crews based their let him sleep in the guard house, with his own bed, food and water bowls, they even had a heater in there, he was there for years and was well loved, but he suddenly went down hill and became very sick, so they called CP who took him to the vets, the base actually help pay the bill.

When ready to be homed as a purely indoor cat I had the call asking if I would like to take him on, poor old sod was in a bad way: 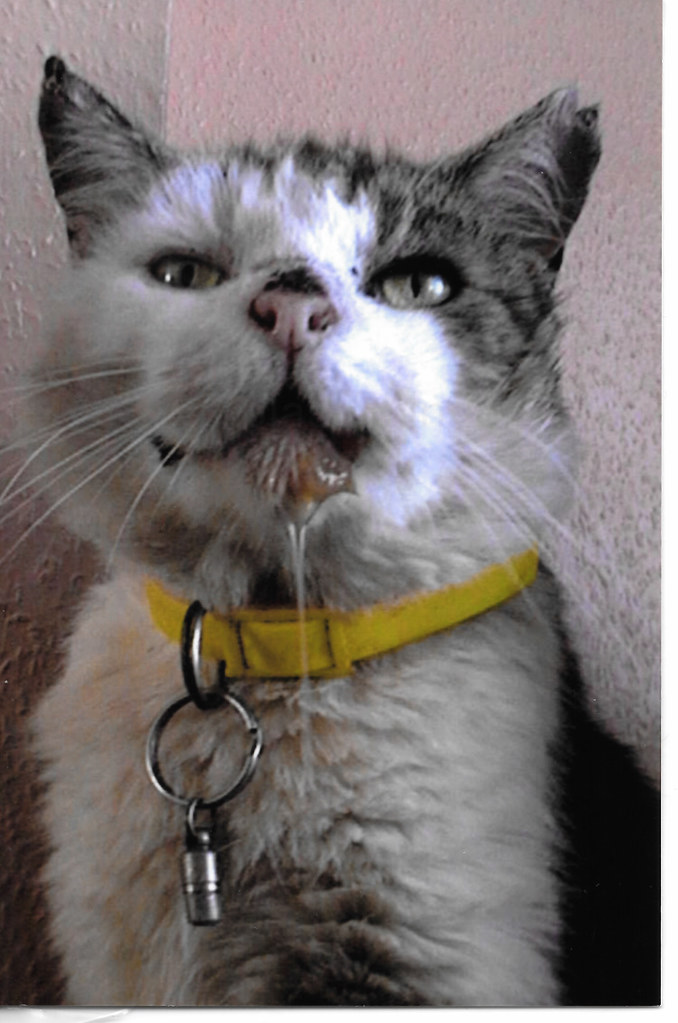 d5-1 by Nick Skinner, on Flickr
The vet gave him three months at most, as soon as I saw him I fell in love with the little fella, I knew I had to give him the home hr had never had, he lasted three and a half years!
Spelling mistakes and grammatical error specialist

Oh God, he looks so bloody cute! Not surprised you fell for him.

My old rescue cat, Charlie, was a foster case whose owner passed away while in hospital. I wasn't sure about keeping her, but the local cat shelter thought the stress of putting her in there would likely kill her off; Cats Protection couldn't find anyone to take her, and the SSPCA would have put her to sleep due to her being so old!

Everyone who meets her falls in love with her, though. My mum adores her! 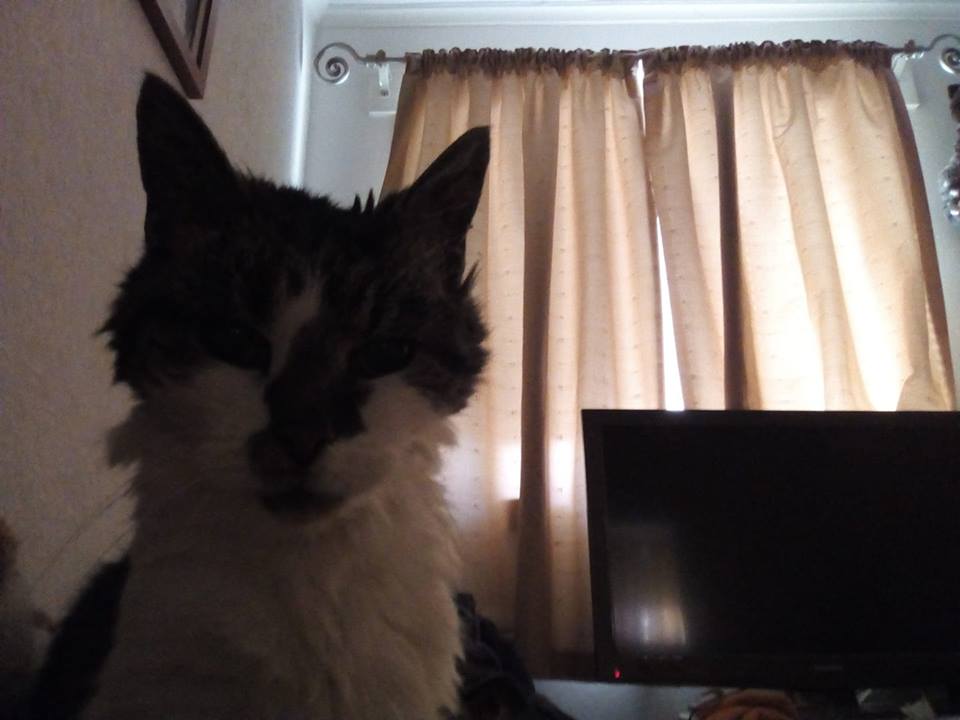 For a number of years I had been feeding a stray, we called her Pebbles, a number of times over the years she would be pregnant but never saw her kittens, last year she was preggo again, she disappeared for a week or so then turned up again not pregnant, she would eat and go, then one morning she was going ballistic by the back door, opened it and she was sitting there with a kitten by her feet!

She picked it up and carried it into the living room placed in in front of the fire and run to the back door wanting to be let out, so let her she flew off down the garden and went over the 7ft high fence, a few minutes later she was back with another kitten, then another and then a forth!

Thinking there might be more I put her out again but she started mewing and clawing at the back door and came back in, laid down in front of the kittens and they started to suckle, because Sparta doesn't have any teeth he has pate food so I watered some down and the kittens lapped it up as did their mummy.

Called CP and they took them, all were re-homed in weeks including the mother.
Spelling mistakes and grammatical error specialist

Oh wow! I've never had kittens brought to me, but I did have three cats move into my mum's garden because their owner wasn't looking after them properly - leaving them out in all weathers and the like. They got rehomed in the end.

I also used to volunteer at my local cat rescue - it was so difficult not to bring any of the cats home!!
Top

My beloved Crusoe, sadly no longer with us.

Looks like he's found a nice spot in the garden to chill out in.
Top

This is Emily, shes 3 years old and was a ferrel cat. She was rescued and has a second chance at a loving home. 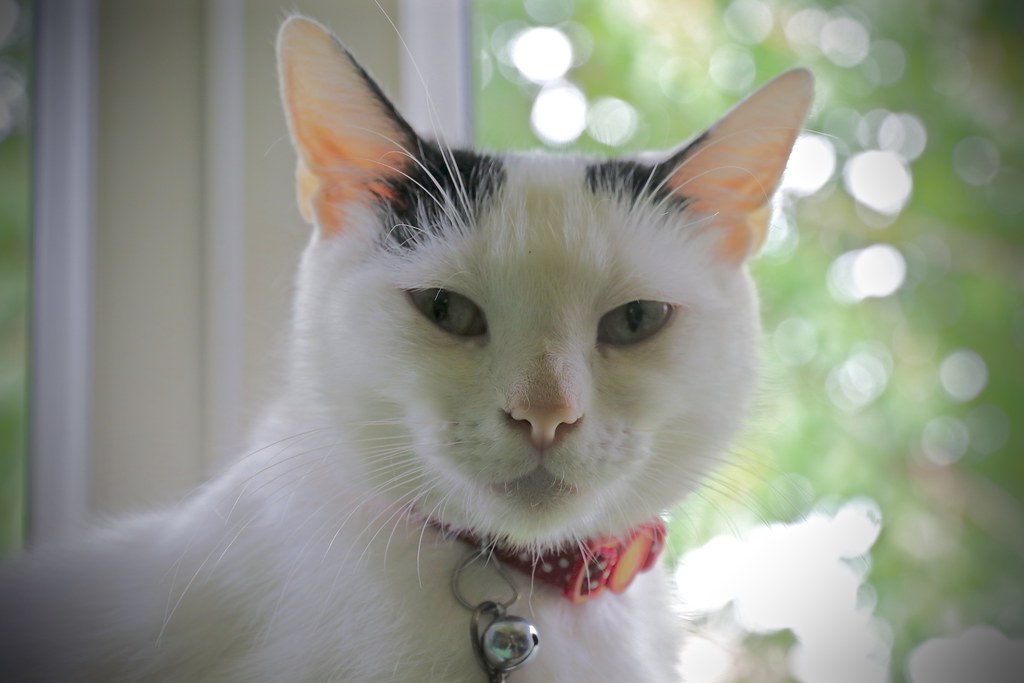 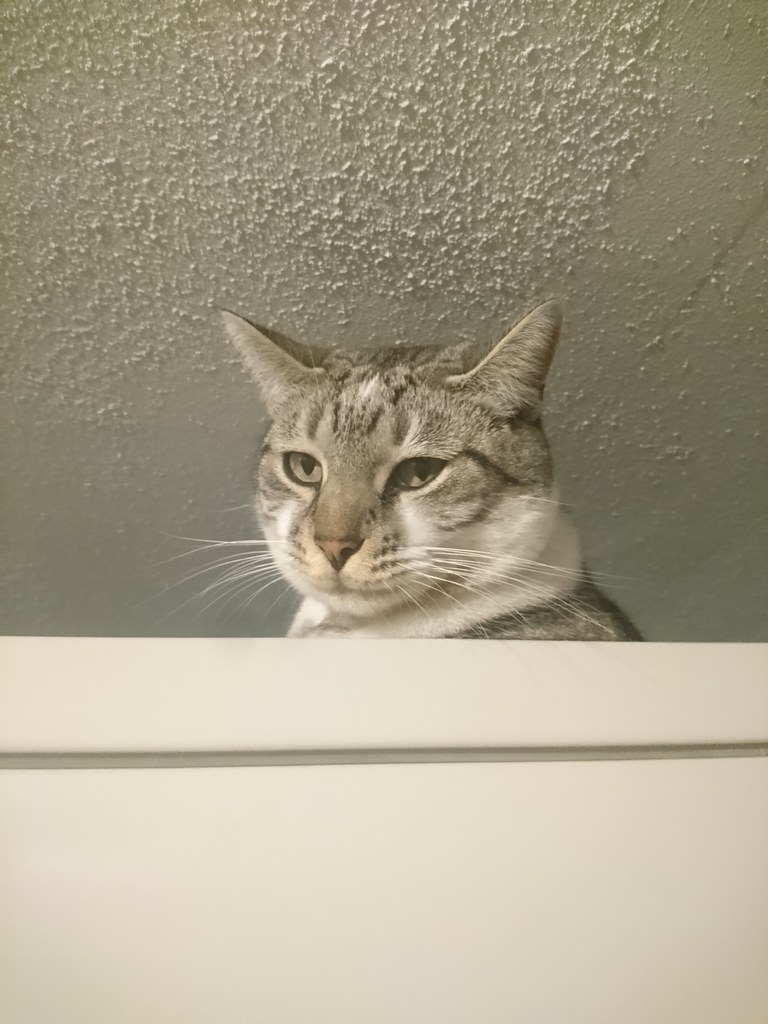 This is Baggy. short for Baghera. he follows me everywhere. 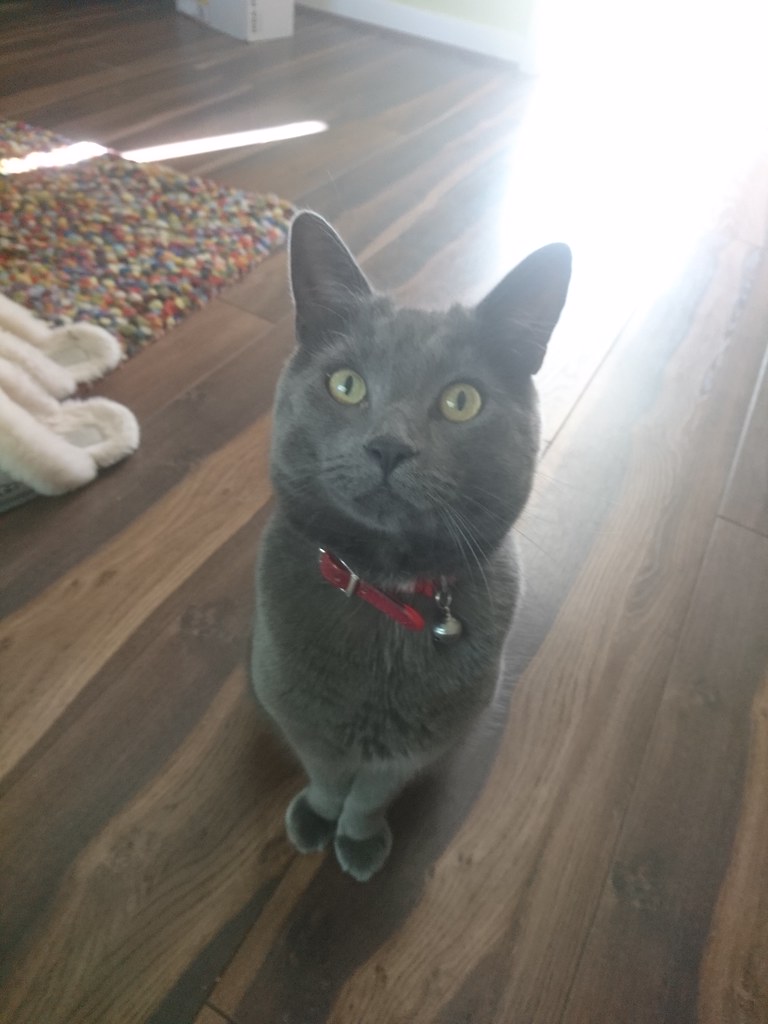 DSC_0365 by andrew abbott, on Flickr
This is the way
Top

Ruby is 3 1/2 months old. We're looking after her for my daughter until she moves into her own house. Currently discussing if we're going to keep Ruby and disown daughter! 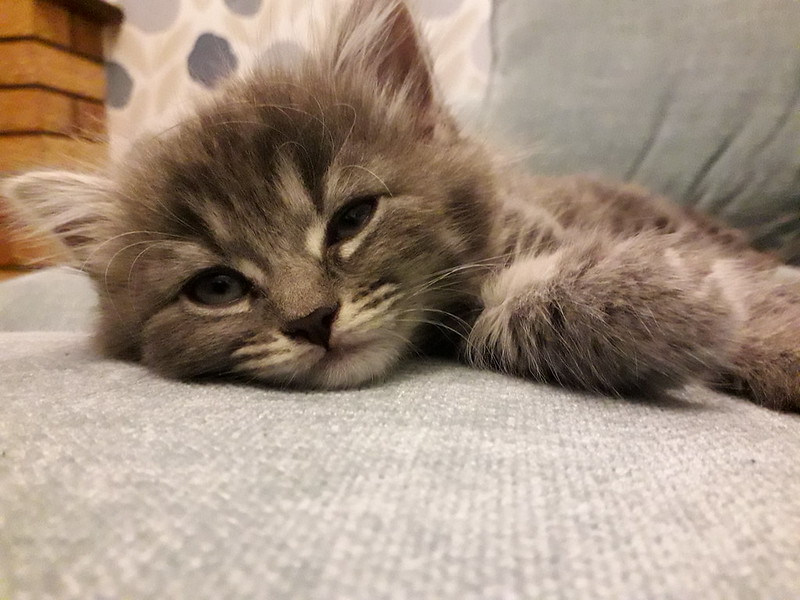 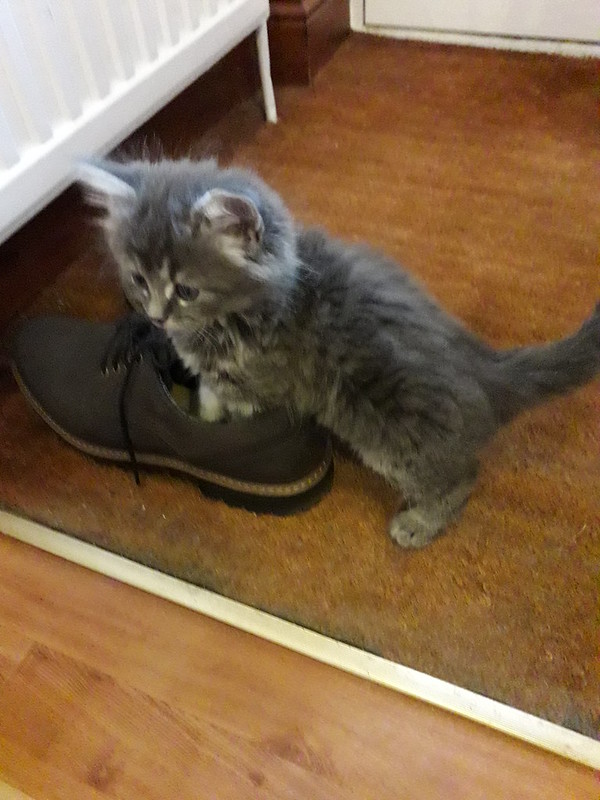 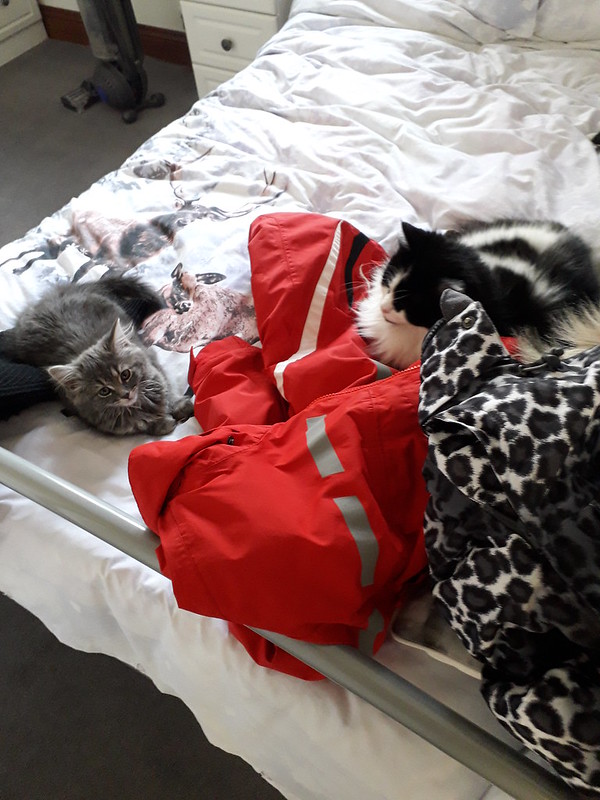 Is she a Maine Coon?
Top

Just a rather lovely little moggie.
(Mark Twain: There are lies, there are damn lies and then there are statistics)
Top

Our new Balinese is a handful... 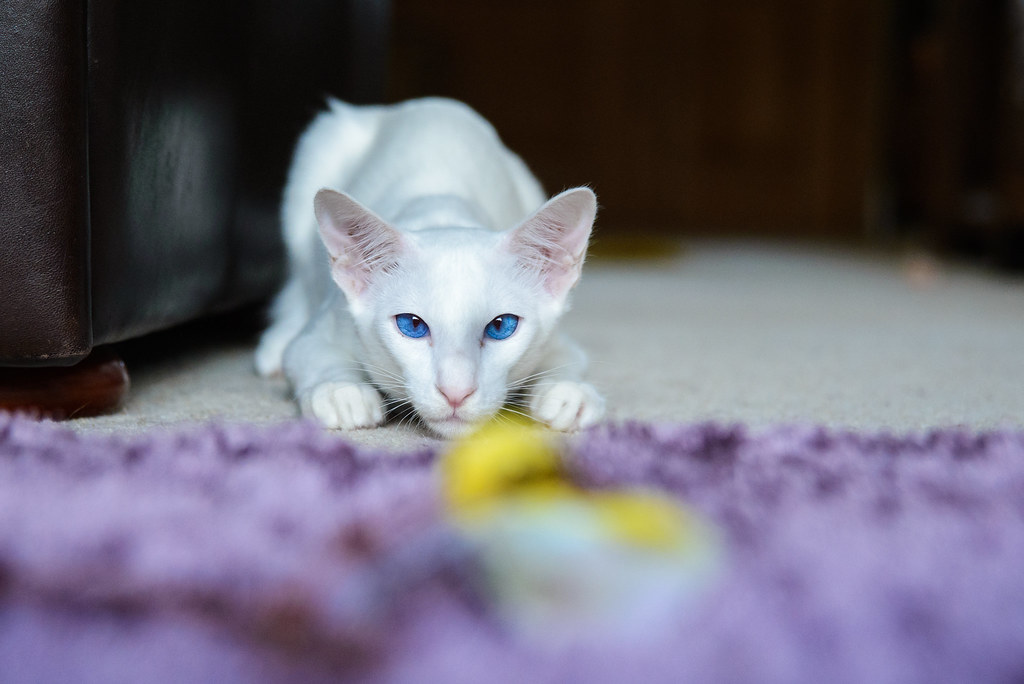 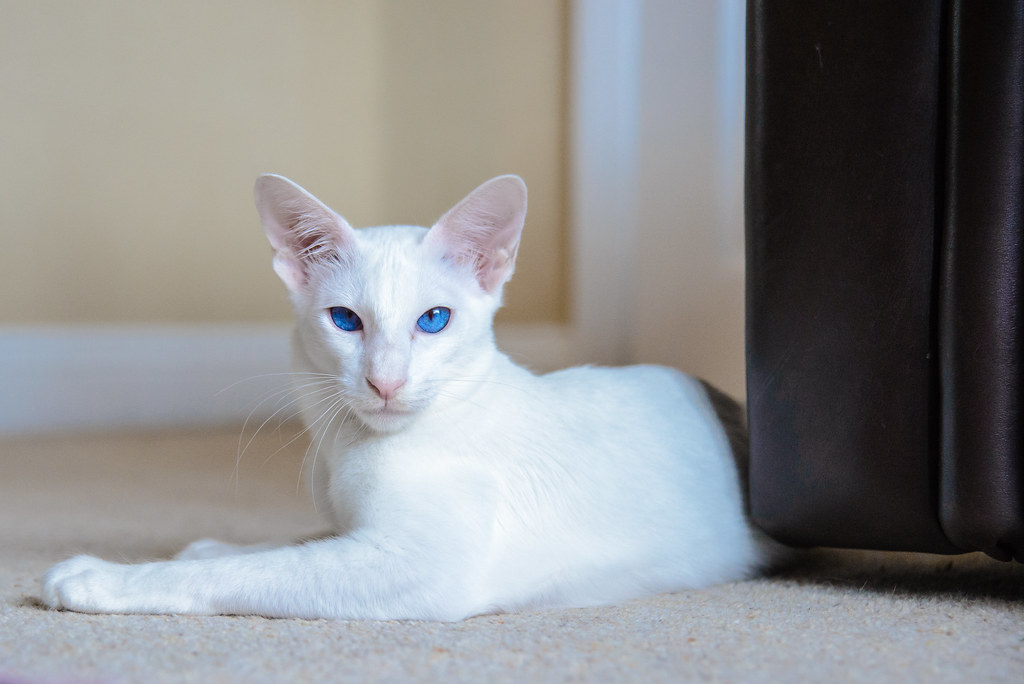 This is syd. Hes also known as the Wing Commander as he has a knack of escaping from many places. We are convinced in a former life he was a POW in WW2. 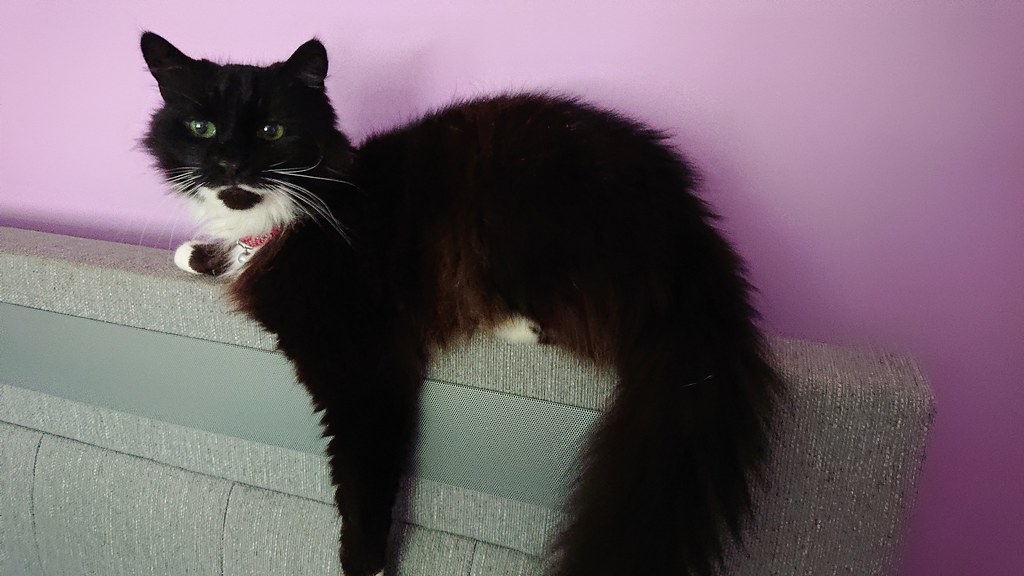 This is Felix. he was left at the fostering place where we got Emily from. We were supposed to be fostering him but he stole our heart when he bounded in and jumped on my knee wanting a fuss straight away. We think he may have a little bit of a learning problems and we thought he was deaf but it turns out the former owners spoke urdu to him. Love him to bits. 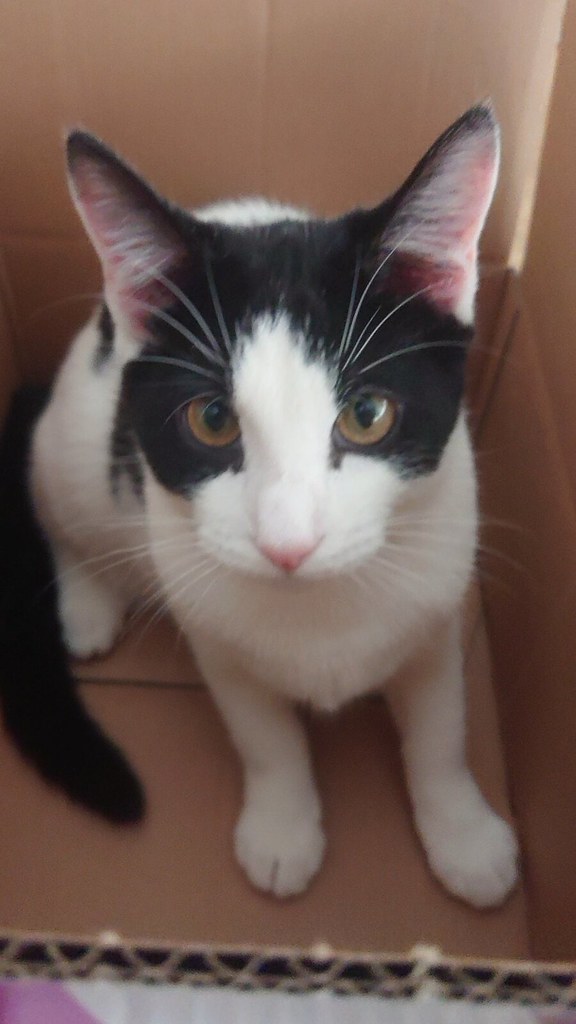 this is Charlie aka Meldrew, hes the grumpiest cat ive ever met. 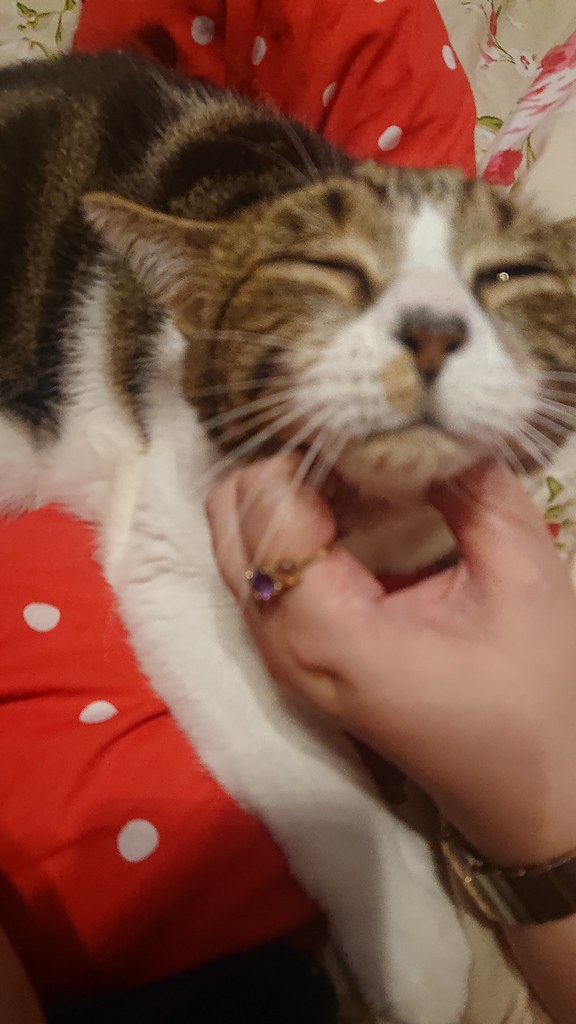 this is Jones. named after ripleys cat in Aliens. aka dyson. He was rescued by Julie 10 years ago duing a terrible winter. He has become my cat as he follows me everywhere. 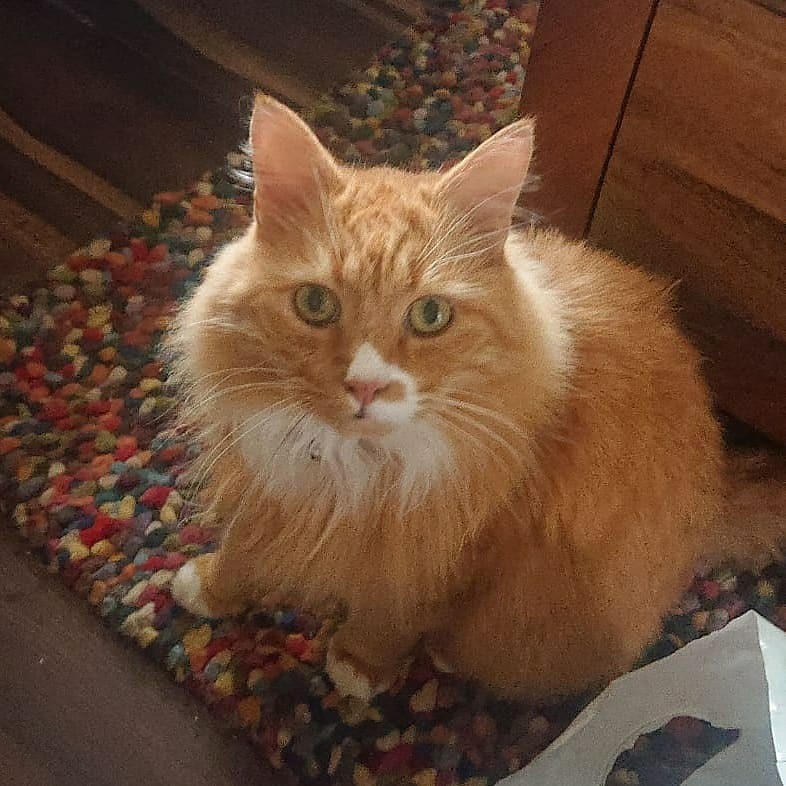 Syd reminds me of a cat that used to live near my house. He was called Olly, and he had the most fantastic whiskers/moustache. And, funnily enough, he reminded me of an old fighter pilot, the way his whiskers stuck out!
Top

My rescue Cat Kassie. She was a rescue, as she was the runt of her litter no one wanted her, so I took her in. She's small for her age, she is 10 this year

Didn't realise that there were so many cat people on here.

Heres our last one. Missy, like Daz's cat she too was the runt of the litter. shes very aloof but when she wants a fuss, god doesnt she tell you. 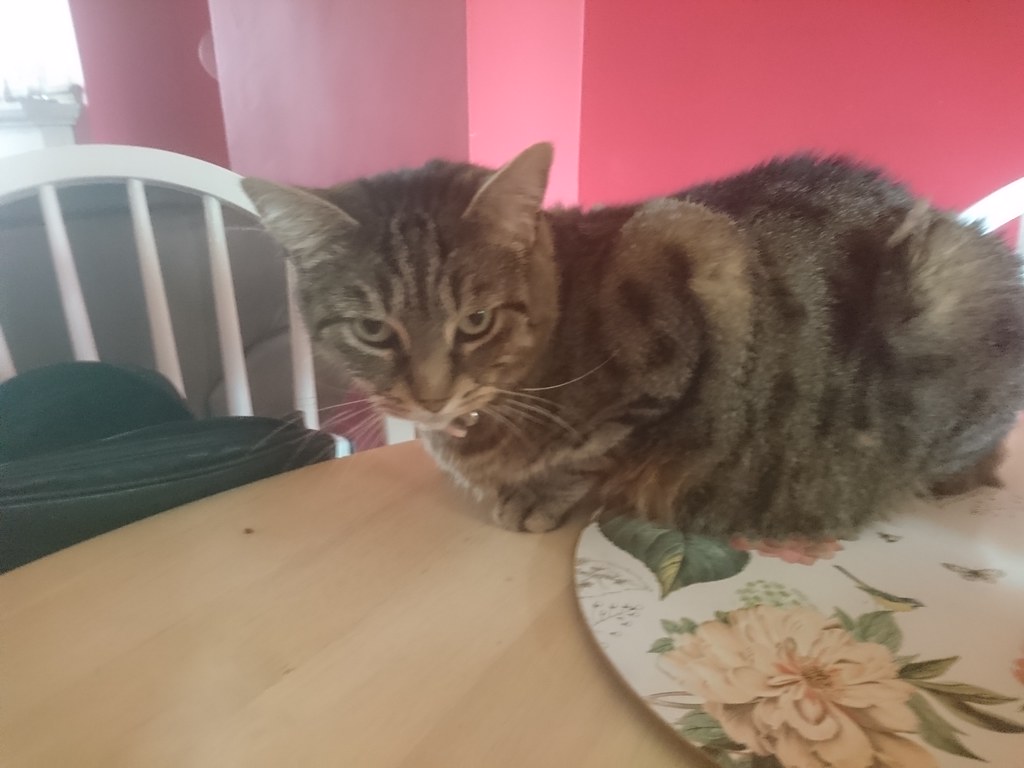 DSC_0289 by andrew abbott, on Flickr
This is the way
Top

Interesting that post about not liking cats has been removed. I guess the feline mafia have dealt with the poster.
(Mark Twain: There are lies, there are damn lies and then there are statistics)
Top

No Syd sent the heavy mob round!
This is the way
Top

These cats live with me. (No-one owns a cat!) 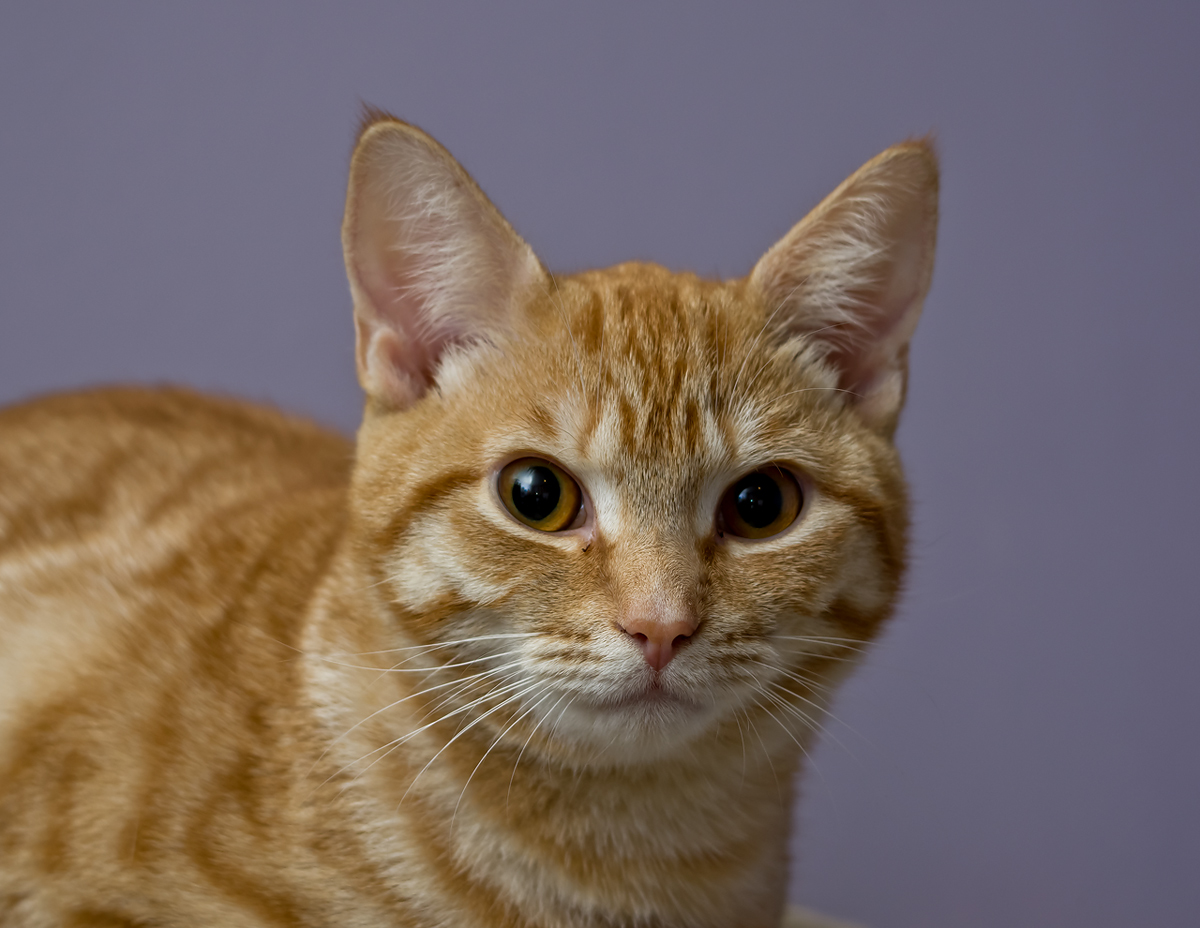 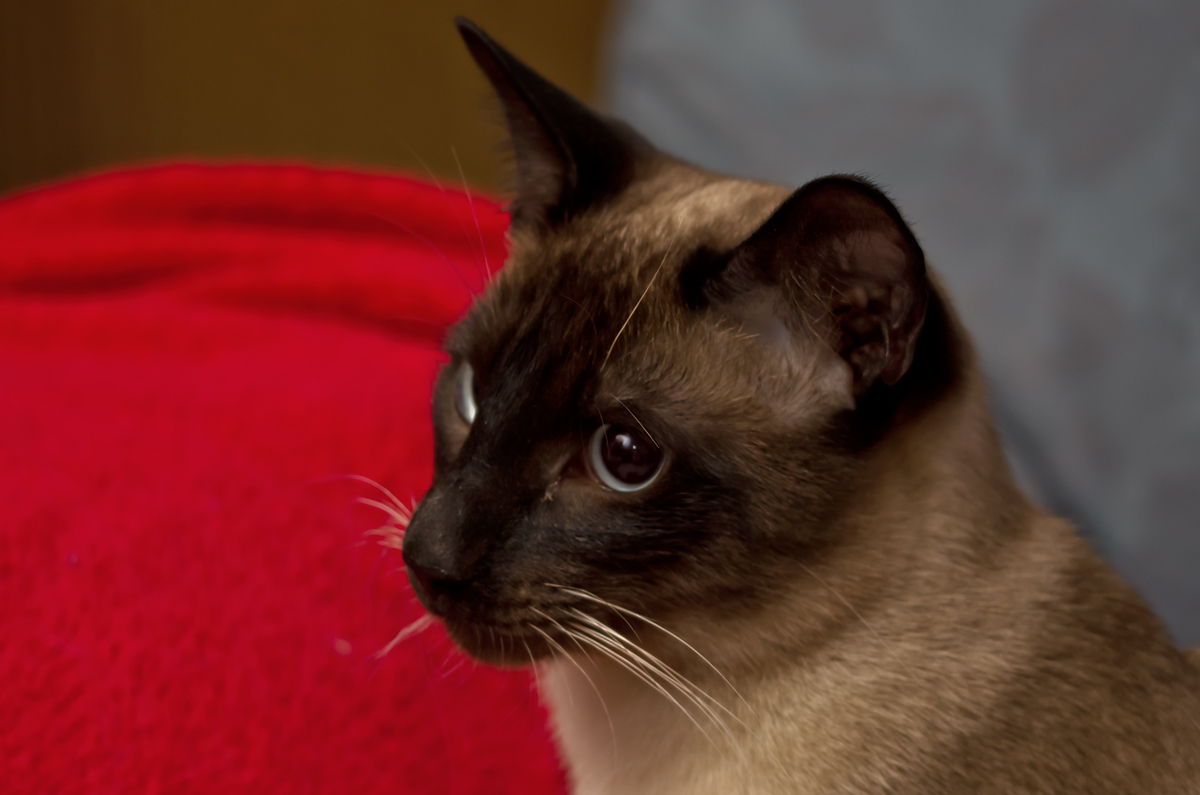 Having lived with two Balinese I agree that they can indeed be "a handfull"! I would love to see a picture of Ziggy once his points and tail plume have developed. Do you have any idea what colour he will be?
nothing is confirmed at a show until its u/c hits the tarmac or it is running in for its display.....
Top

If anyone's interested, I'll post up some photos of my girlfriend's three lunatics - Sean, Tuttie and Charlie.

She also had an OAP moggy called Tigga who LOVED me - she would completely ignore the other half if I came into the house!
Top
Post Reply
26 posts