we're currently under Stage 4 lock-down due to a serious rise in daily SARS-CoV-2 infections. Thankfully, the seven-day moving average no. of infections is dropping quite steeply, so we should get on top of this nasty bug by the end of the six weeks. The ban on non-essential movement has restricted my photography to the local park and our garden. The following images were taken in our garden and show a couple of common native honeyeaters, both taken with a Canon 5D Mk. IV and Canon 100-400 Mk. II. Thanks for viewing and any comments. 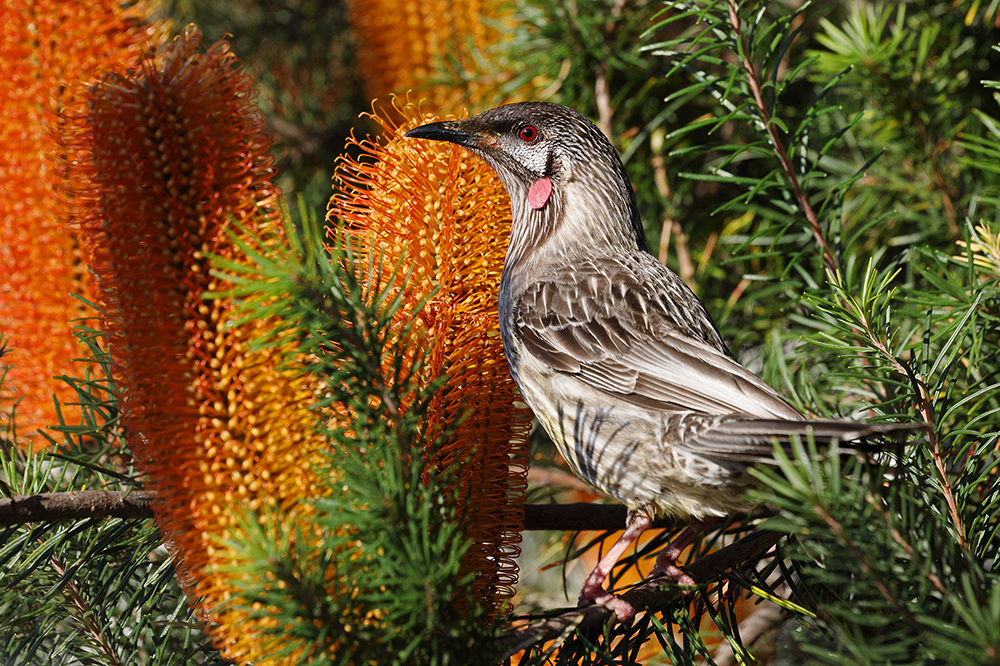 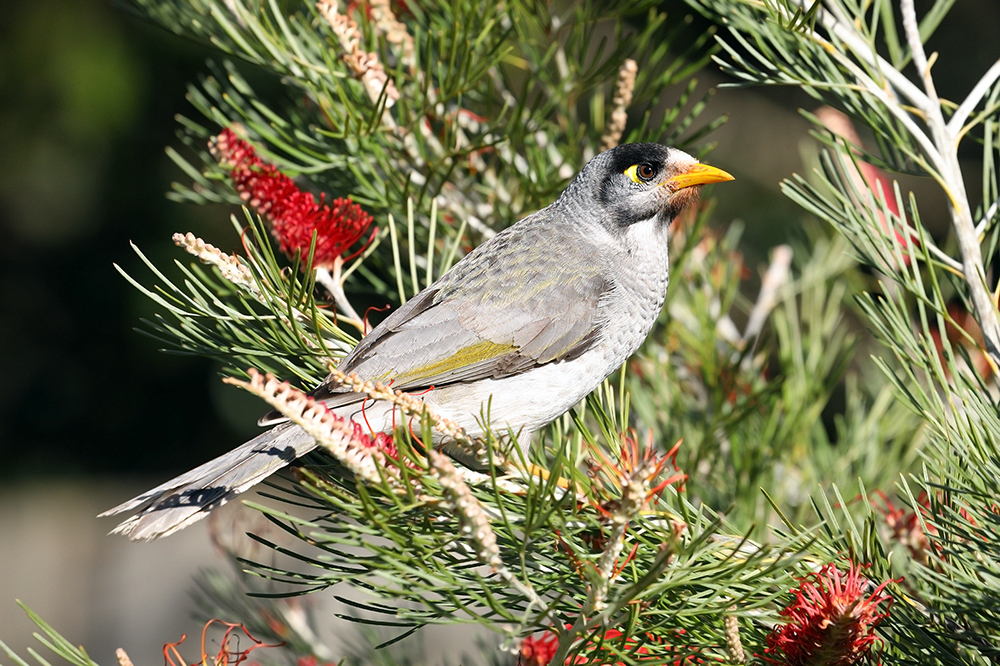 Re: Lockdown photography in Melbourne, Australia.

Re: Lockdown photography in Melbourne, Australia.

The Red Wattlebird is a beautiful bird isn't it.

"Forewarned is forearmed"
How do you know I didn't?
Top

A couple of colourful local characters dropped into the birdbath for a quick dip this afternoon. The Rainbow Lorikeet is one of three species of Lorikeet that are common in our neighbourhood.Taken under camo throw-over hide. 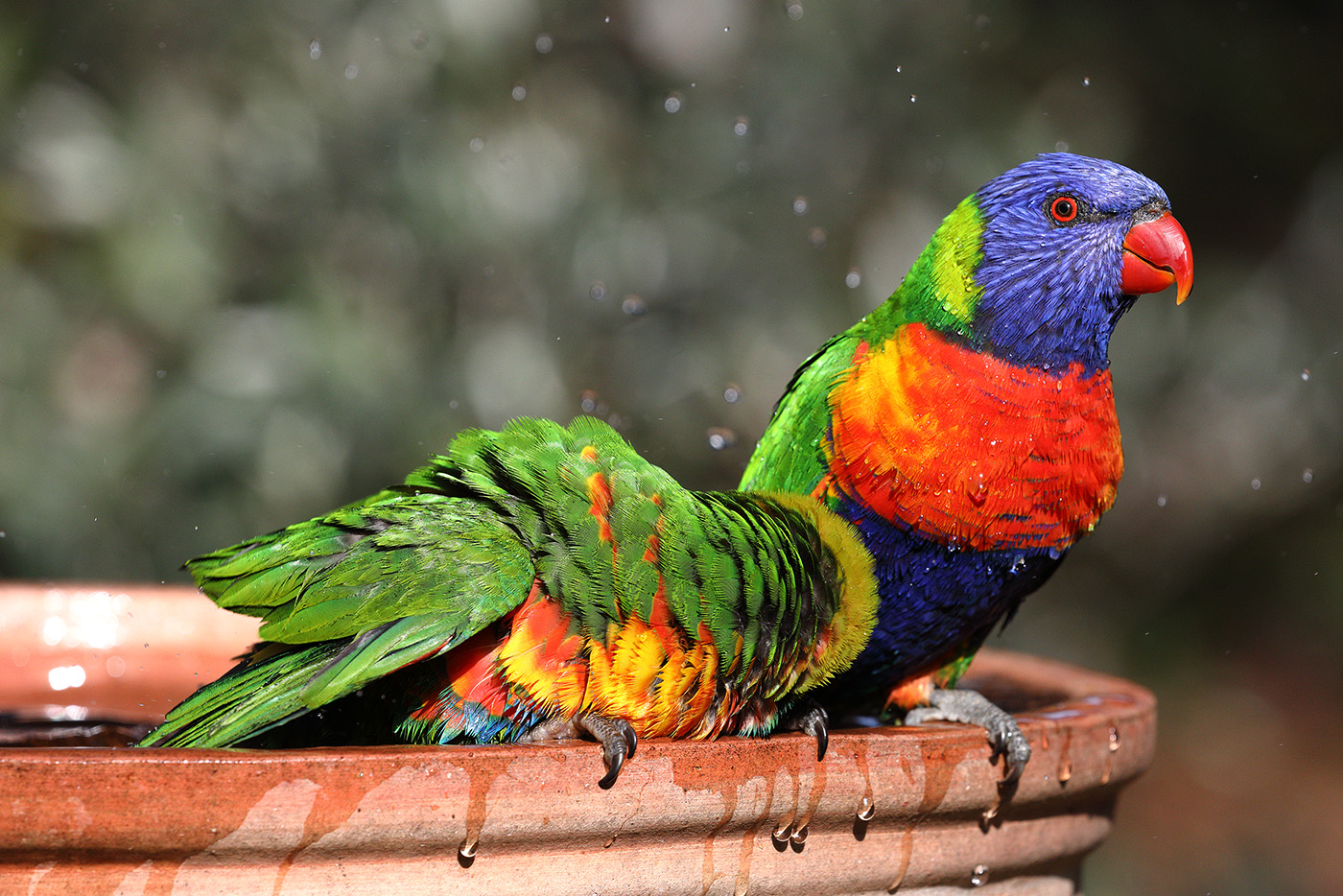 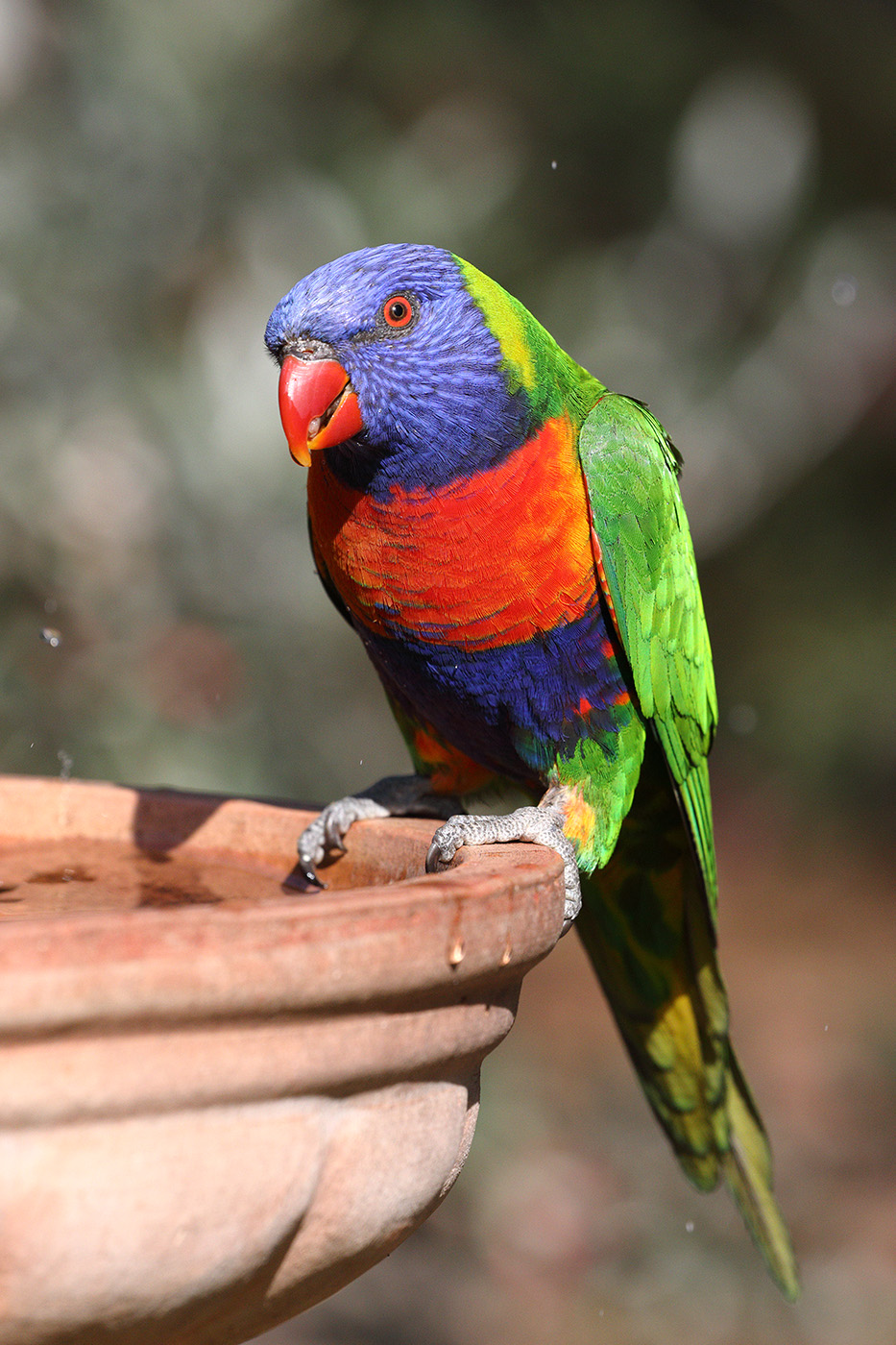 Every night after dinner, my wife and I walk about 5km and, on most nights, we usually see one or two of these characters during our 50-minute walk. Last night, we didn't see a single example until we returned home to find this handsome chap waiting for us. He was hawking moths that had been attracted to our external lights.

Movement restrictions may be eased on Sunday here in Melbourne because the 14-day moving average number of new infections has reduced to just under 10 per day for our population of about five million inhabitants. Unfortunately, the peak flowering period for Australian terrestrial native orchids may have passed and I'll have to wait until next year to venture further than 5km from our house. In the meantime, the local 50-acre bushland park is providing some relief with the two orchid species in full flower.
The three images taken with either my Canon 5DIV or 6D with the 100 macro. Thanks for viewing, hope you like 'em. 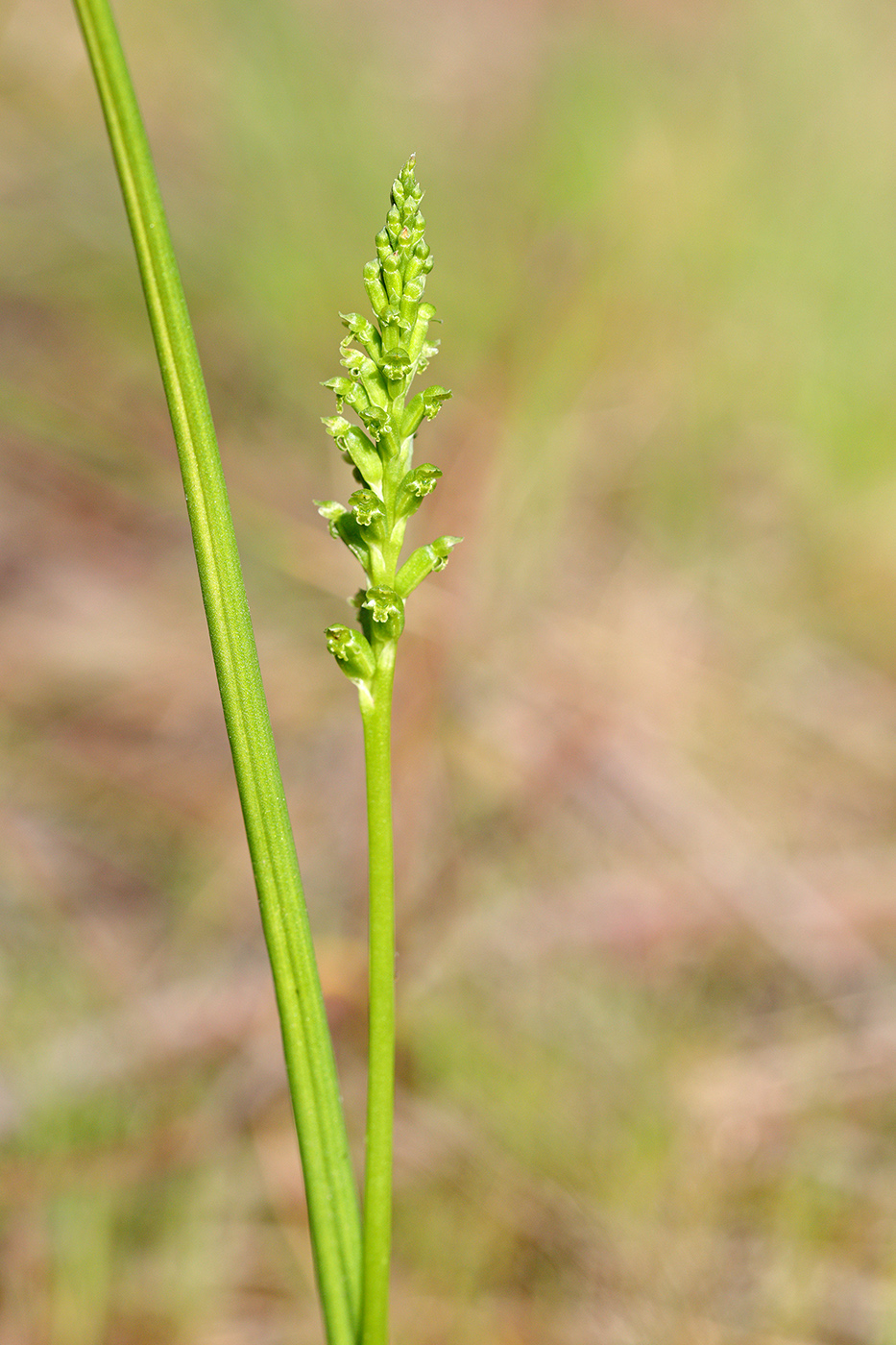 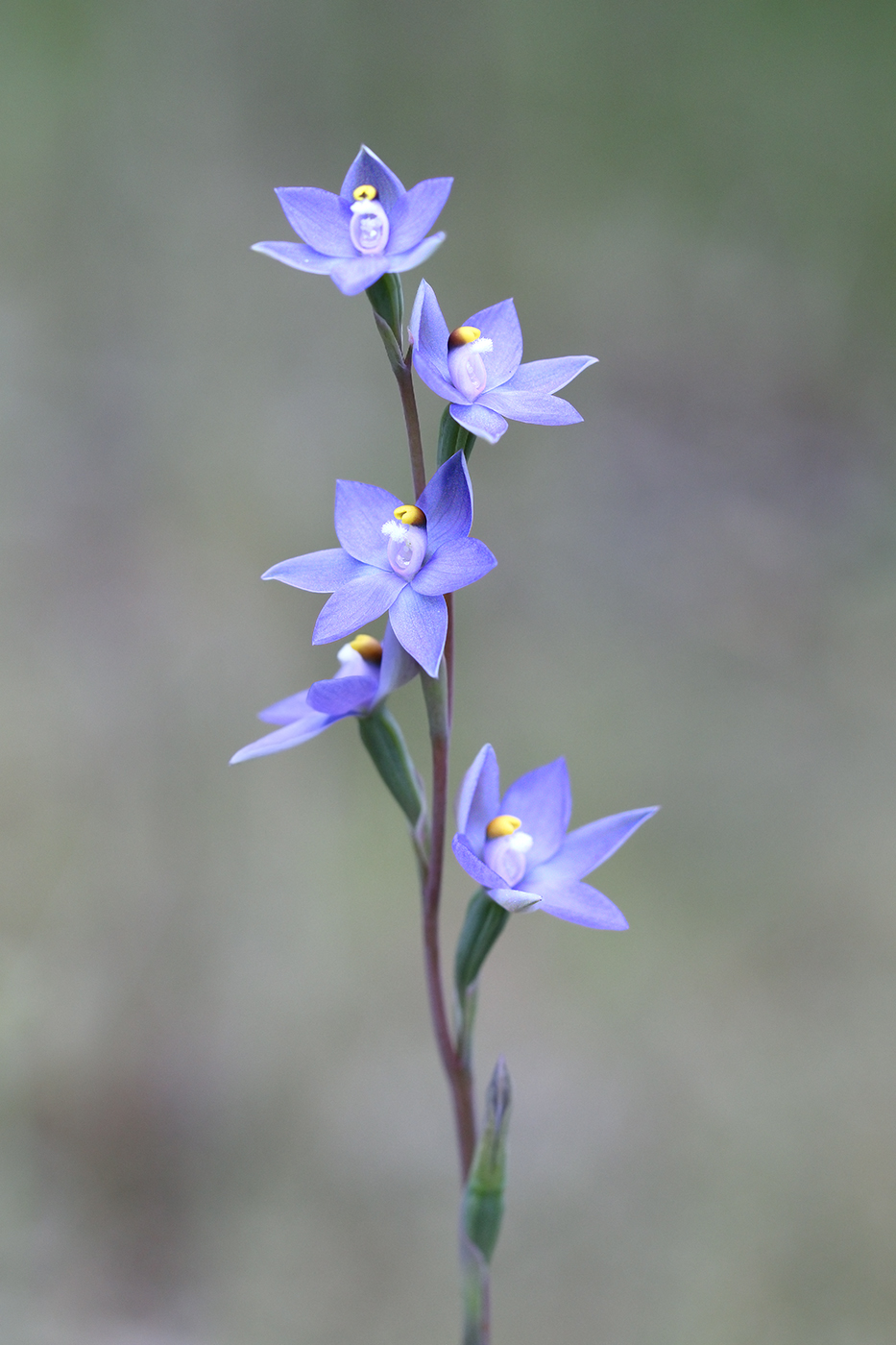 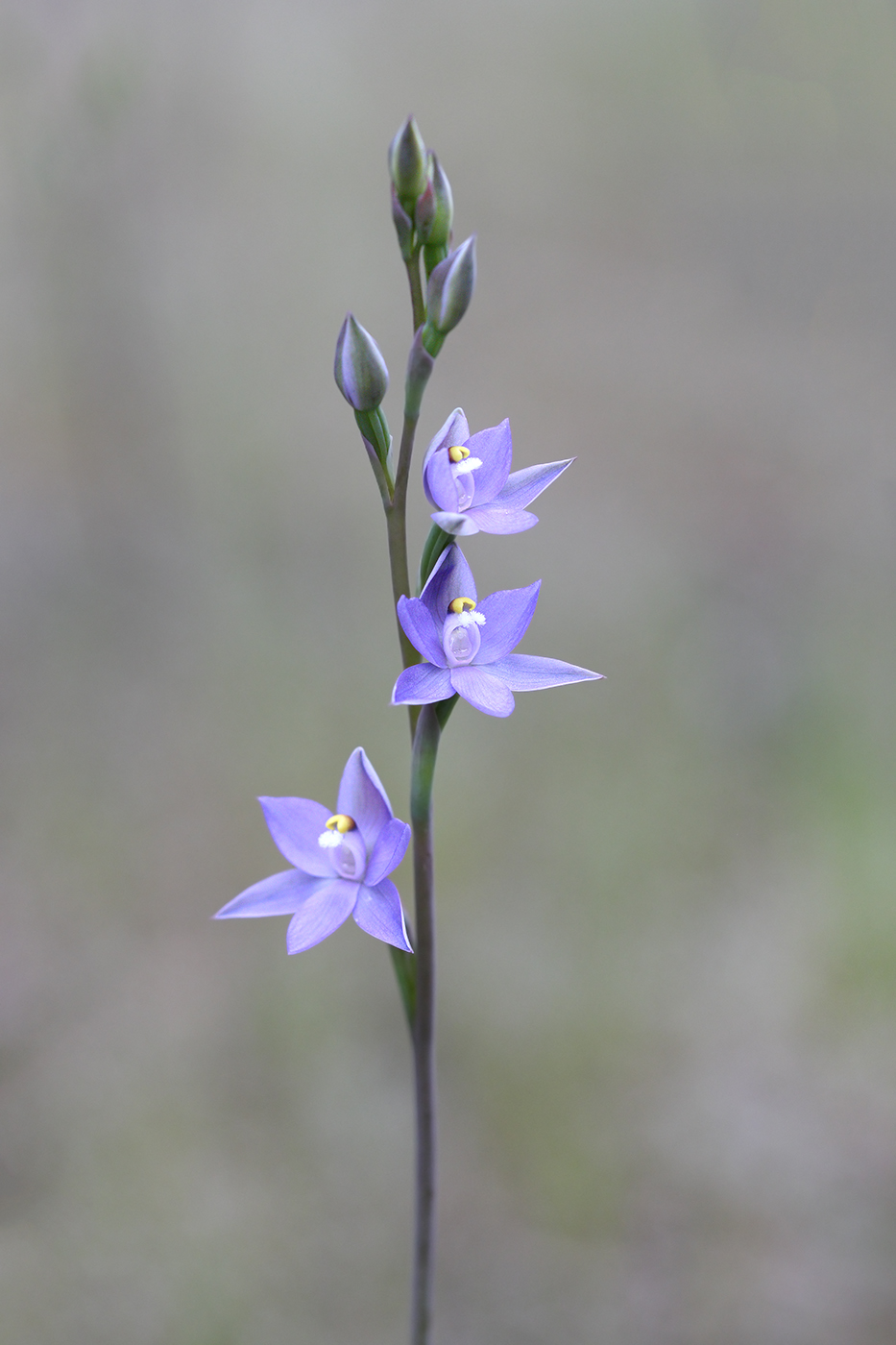 Lovely shots George, thanks for posting