Hello all, I’m converting a 1.1 span Durafly Spitfire I to Alan Deere’s the first
Spitfire which he belly landed near Dunkirk on 28/5/40. 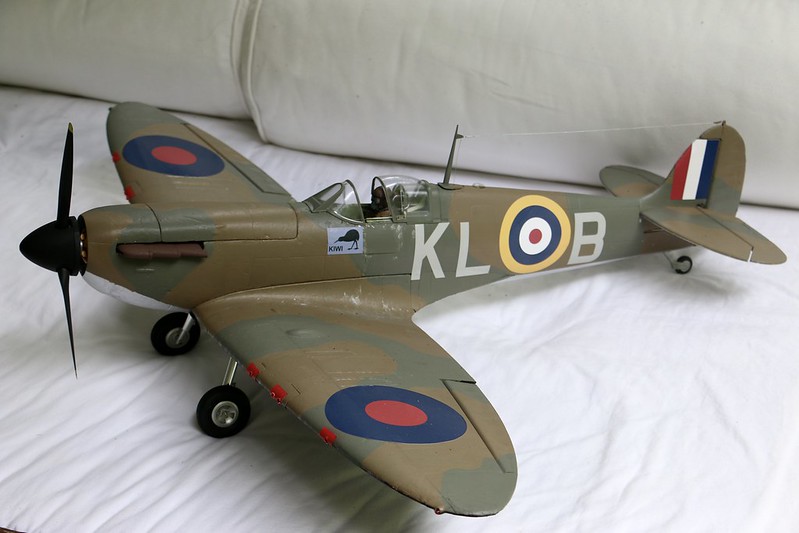 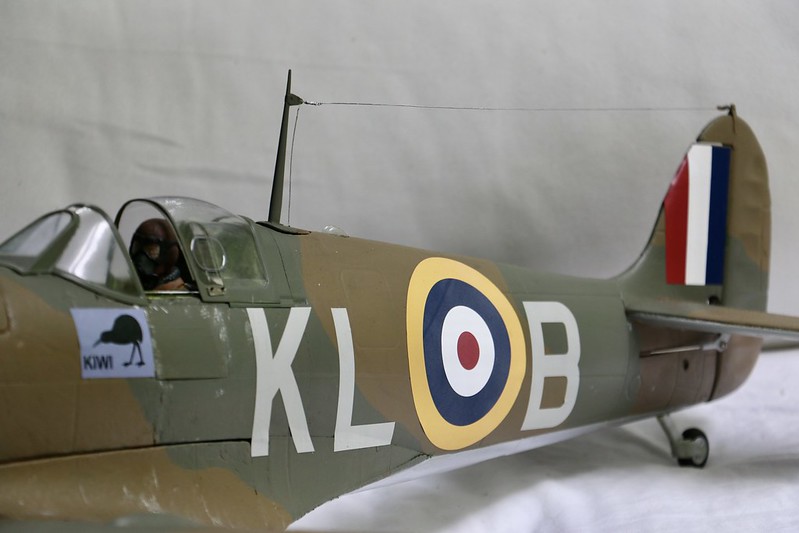 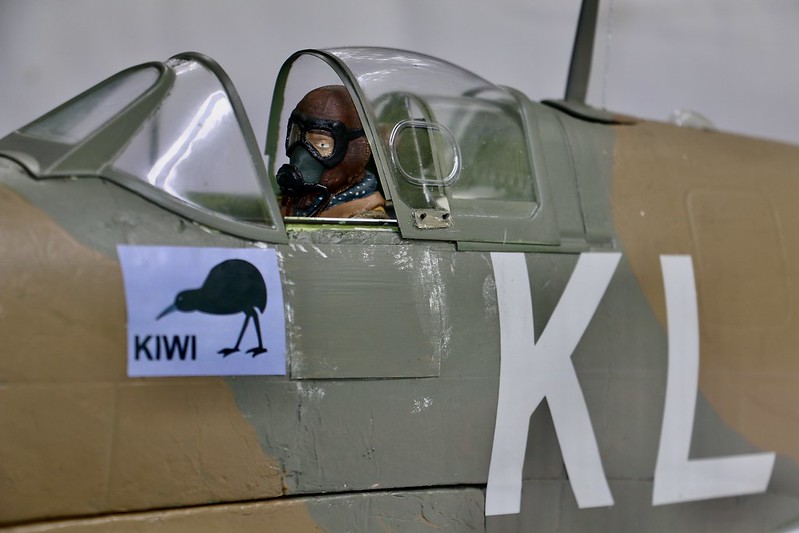 Still have some weathering and other details to do, the two lugs on the canopy
are so I can get a grip as it slides into the open or closed position. Have gone
to a bit of effort with the pilot and didn’t want him hidden away.

While I would like to get as close as possible I am not overly fussed if she is
not 100% accurate. She is a flying remote control model so some scale details
will be sacrificed for this fact. I have a few questions which I hope some people
with knowledge on this subject may be able to answer.

1/Would this spitfire have had the black and white undersides with silver under
the cowling, rear fuselage and tail plane? Also would she have had the yellow/
orange diamond shaped gas sensoring patch on the wing?

2/ Would she have had the rear view mirror mounted inside rather than outside
the front cockpit frame? I can recall somewhere Alan Deere had this modification
on his Spitfires.

3/ I also read early in the Spifires combat career they did not carry serial numbers?
Would this have been the case with

4/ Would the first Kiwi have had Kiwi I on her, I hope I am not being out of line here,
being an optomistic fighter wouldn’t be tempting fate to call her Kiwi I as you are
almost tempting fate suggesting there were going to be more? I can understand
Kiwi II and so on, just wondering if the first one would have had a numeral?

5/ While a little off topic but still on early model Spitfires, I have seen some MK iIs
with the larger circular oil filters rather than the semi circular lower profile filter. For
example the MK Is at both the AWM Canberra and the IWM London have circular
oil filters, perhaps these were fitted later?

The recent film Dunkirk loosely depicts Alan Deere's landing on the beach, in real life
he belly landed and didn't get captured, below what actually happened.

Deere was leading 54 on a dawn patrol on the 28th, as part of a Wing of three squadrons.
With poor visibility, he lost visual contact with the other two Hornchurch squadrons. The
Spitfires of 54 crossed the Belgian coast alone. Sighting a Do17, Deere gave chase with
three members of his flight. He damaged the bomber but was hit by return fire and, with
his glycol tank holed and producing smoke, he decided to make a forced-landing on a beach.
He was knocked unconscious as the Spitfire ploughed through the sand.
After coming to, he got out of the now-burning aircraft and was taken by a soldier to Oost-
Dunkerke, where he had his head injury dressed. Deere decided to make for Dunkirk,
commandeered a bicycle and was eventually picked up by British soldiers, heading for
Dunkirk in a lorry. They abandoned it on the outskirts of the town because of congestion
on the road.
Deere got on a boat back to Dover, caught a train to London, went by Underground to Elm
Park station and arrived back at Hornchurch some nineteen hours after he had taken off.
He was carrying his parachute.
He was awarded the DFC (gazetted 12th June 1940), which was presented to him by the
King in a ceremony at Hornchurch on the 27th.
Top

Added some weathering, wear and tear, nearly ready for flight. 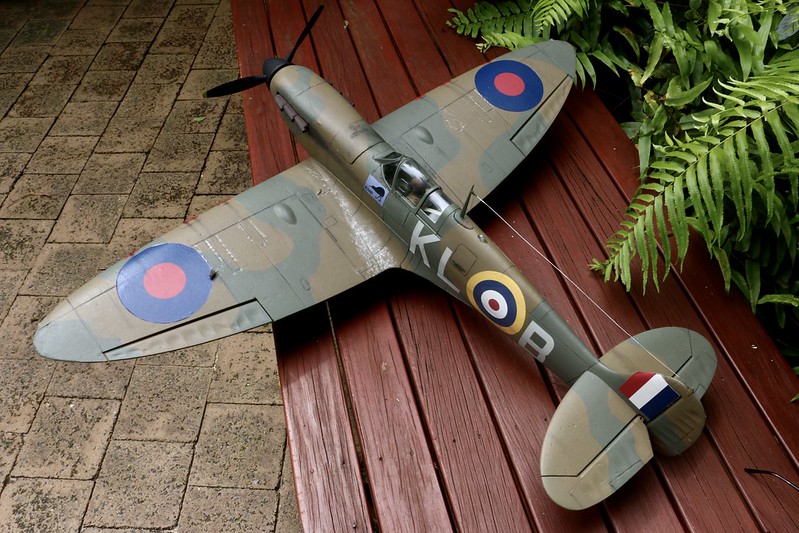 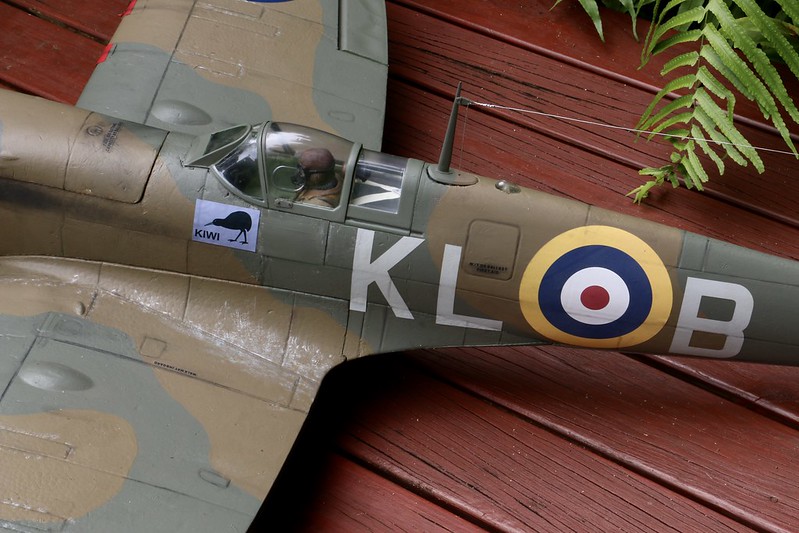 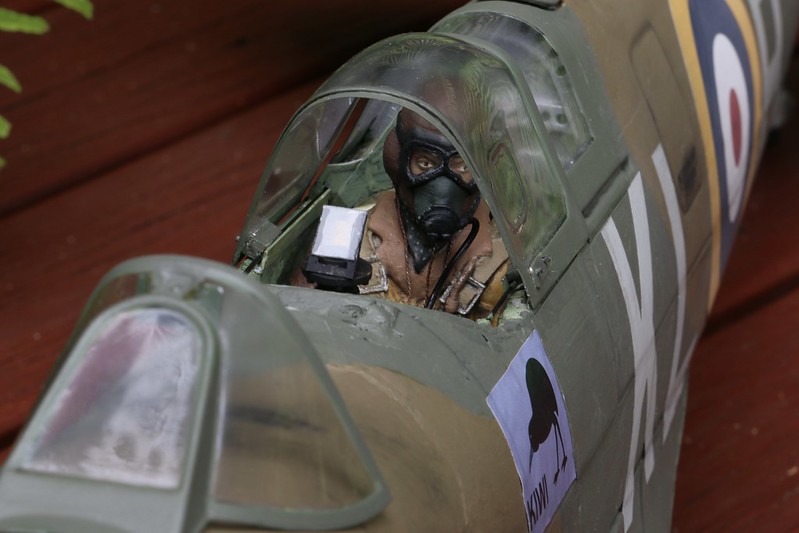