One for Geoff today. Air Écosse SD-360 G-DASI at its effective home base for a couple of years during the eighties. Generally a slow and bumpy flight to London on these. 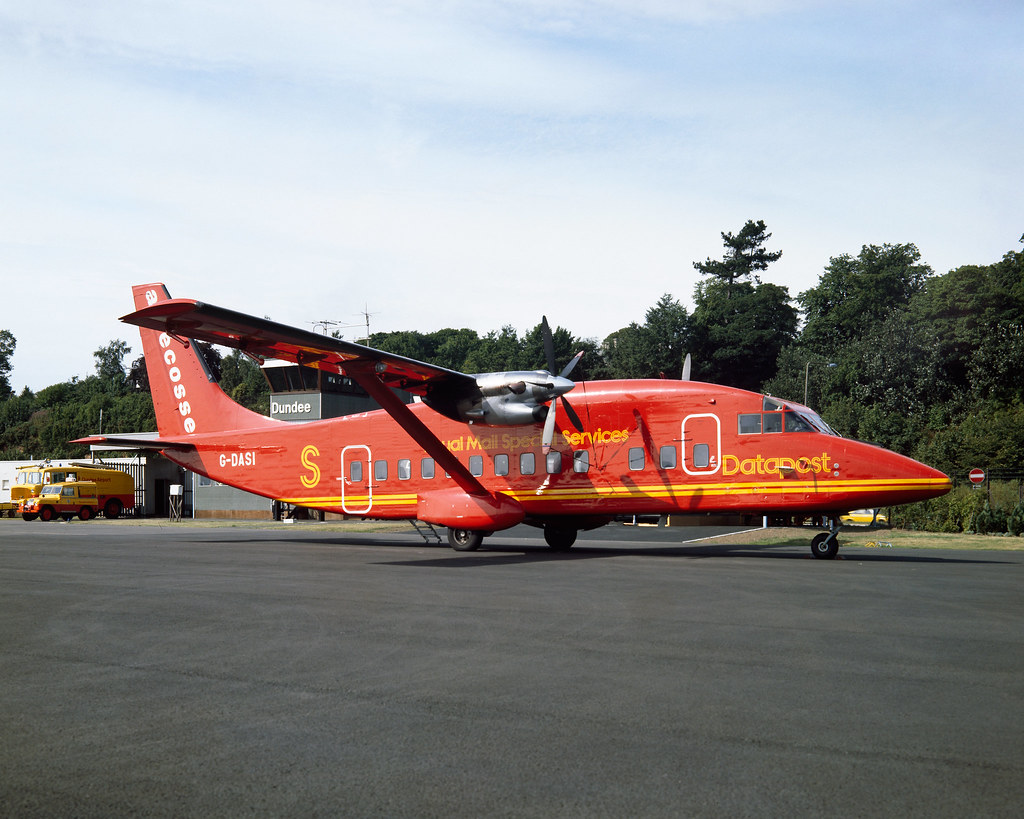 That is a cracker Alan. Any more from those days?

Only thing that survives from those days is the white building in the background. However, even that might disappear in the not too distant future.
Arabest,
Geoff.
52 in a year! We must be certifiable!
Top

ArabJazzie wrote:That is a cracker Alan. Any more from those days.

Thanks Geoff, though you’d like it. Yes I’ve got endless Bandits and an Euroair Herald in the pipeline. Happy days back then, a quick plea to Elaine and Jeanette on the desk, a call to ATC and ramp access approved.
Top

Wow! That brought back memories. I flew from Bristol to Dublin on an Aer Lingus 360 sometime in the '80's. It was an interesting flight as I was seated in 1A and in 1B was a 73 year old nun who (conservatively) weighed in at 16 stone. I had to get quite touchy-feely as she couldn't get her seat belt fastened, because of the vast amount of clothing material and general bulk. A good flight as we got on pretty well, but it's just as well there wasn't an emergency, as row 1 was the emergency exit, so although I would have got out ok, no-one else would have made it past the person in 1B!
Top

Any emergency in a Shortsbox would be a long time coming...they were so bloody slow!
Top
Post Reply
5 posts • Page 1 of 1