A much-missed show, always held around this time of the year.

Mildenhall always provided something special and 1997 was no different. It was the USAF's 50th anniversary and so they put on a bit of a show.

Anyone there will remember the hush that greeted 'that' arrival then the shutters being fired in volley fashion. I managed one half decent shot of it but only as a record as wanted to watch in viewfinder-free.

Spent a few hours at the arrivals end on the Friday and was treated to a Thunderbird flypast while driving through the Fens. 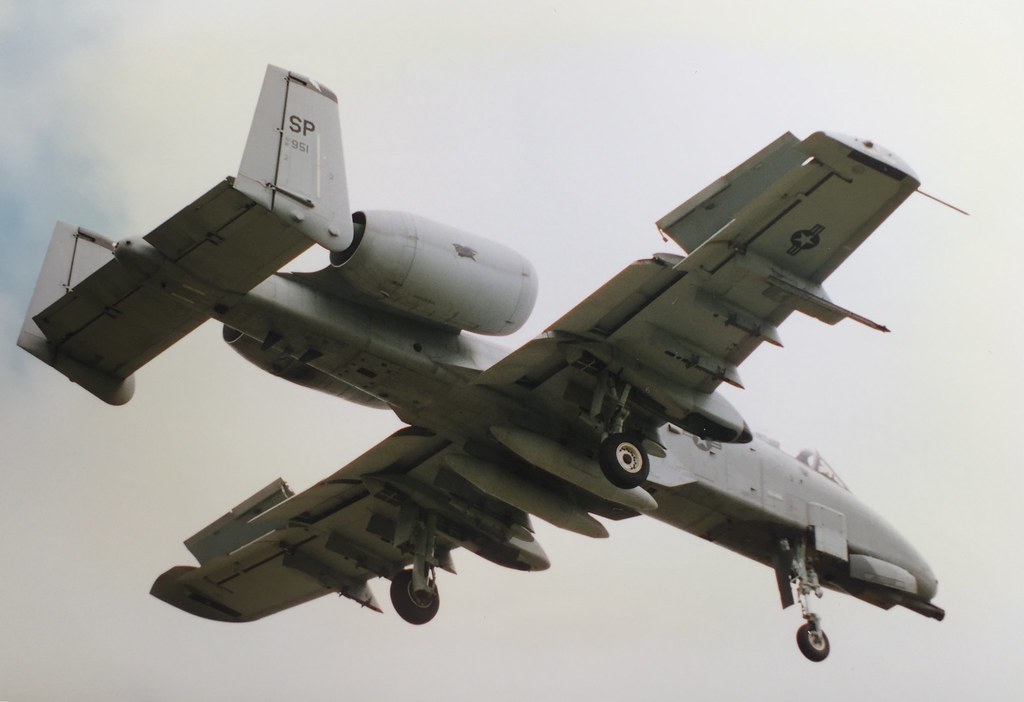 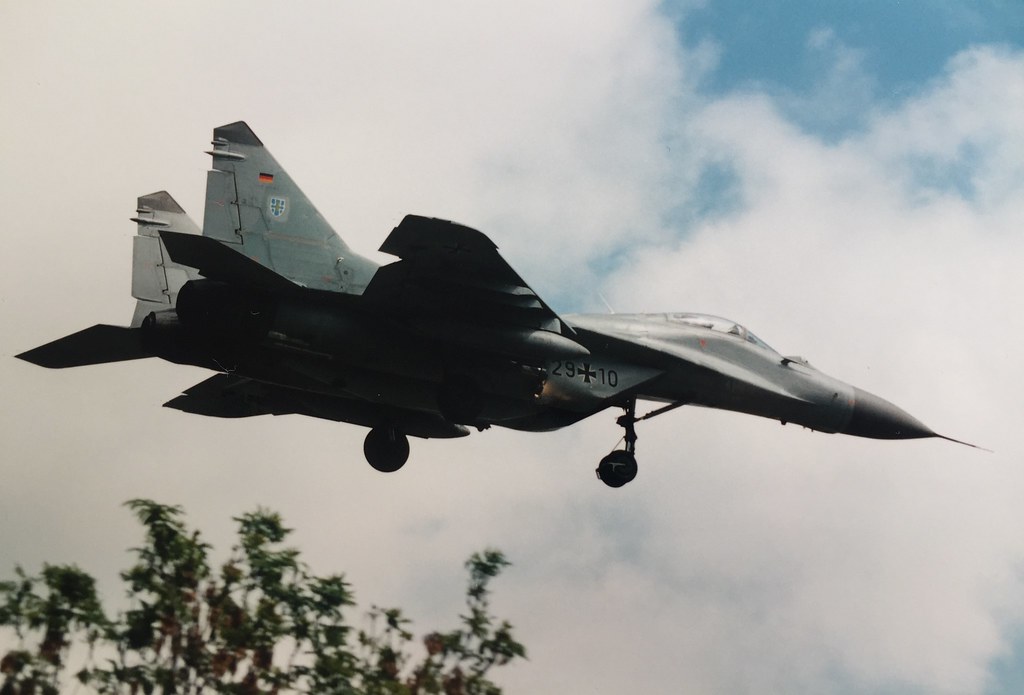 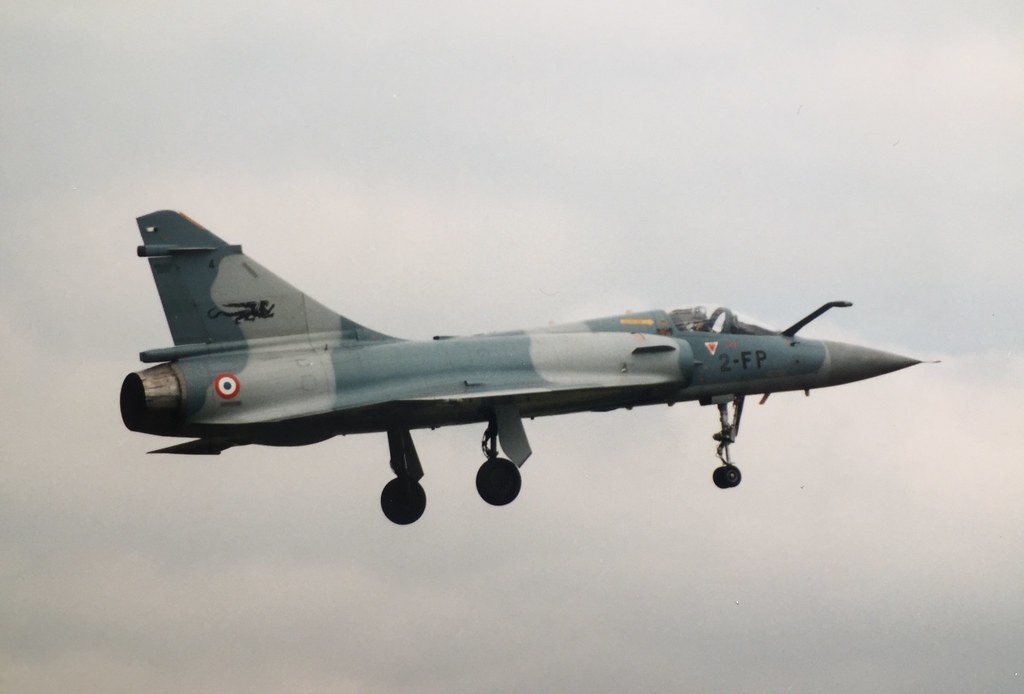 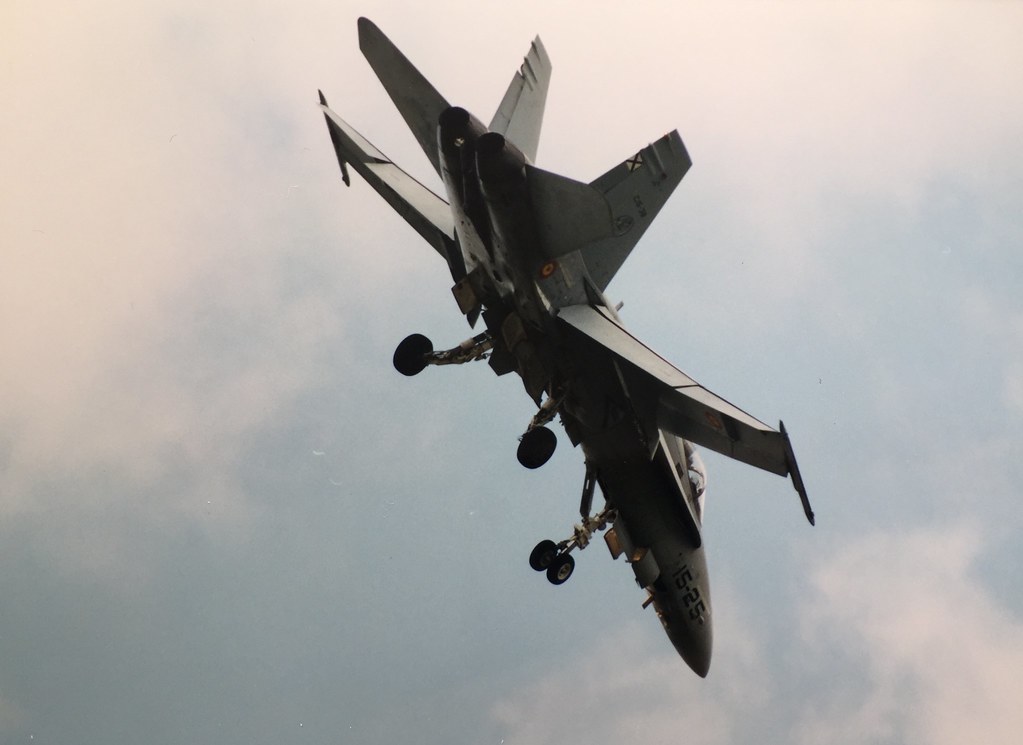 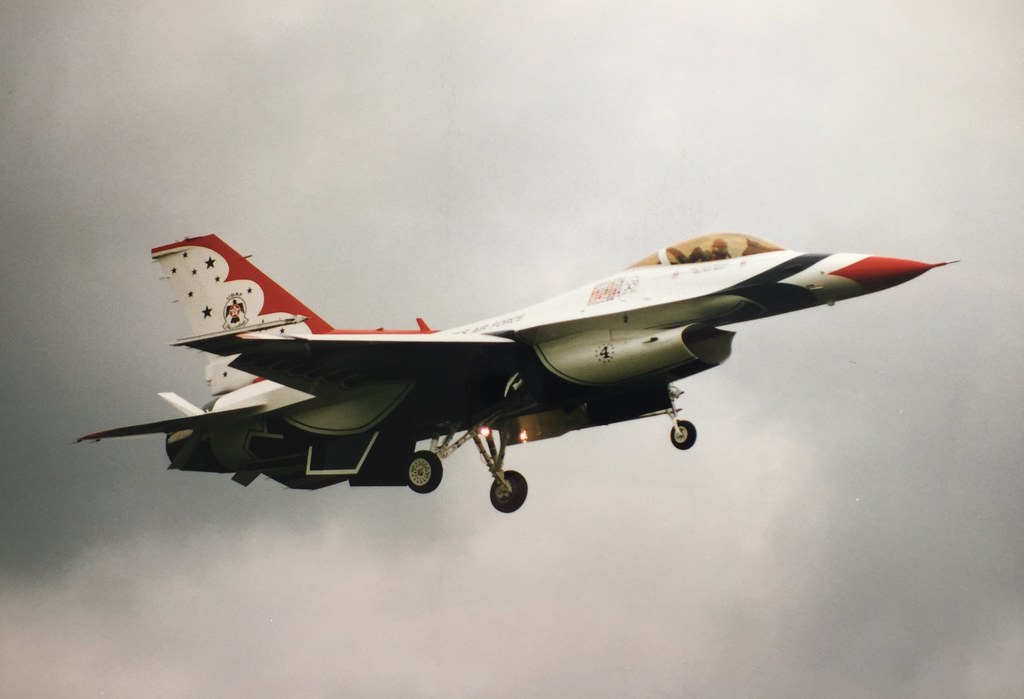 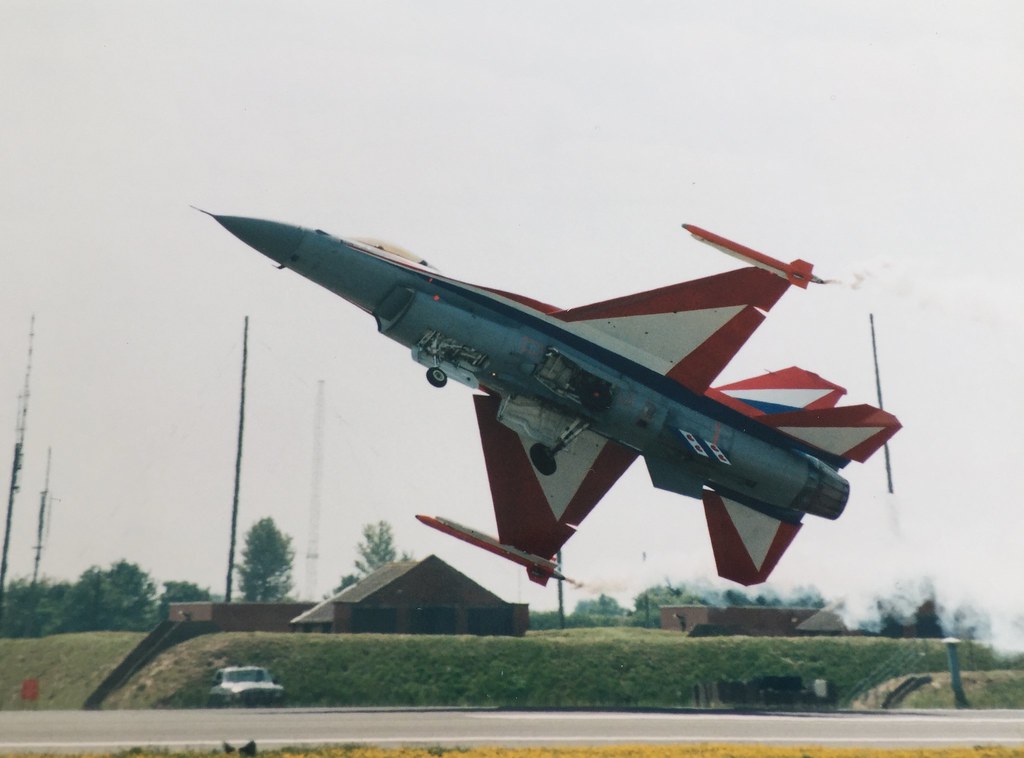 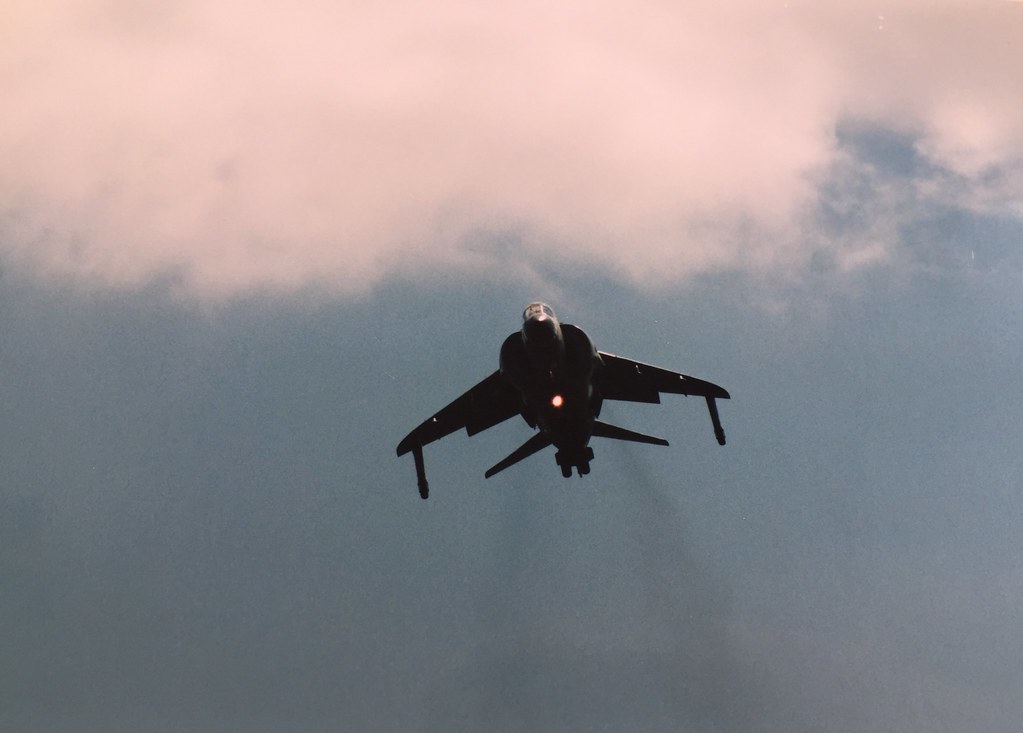 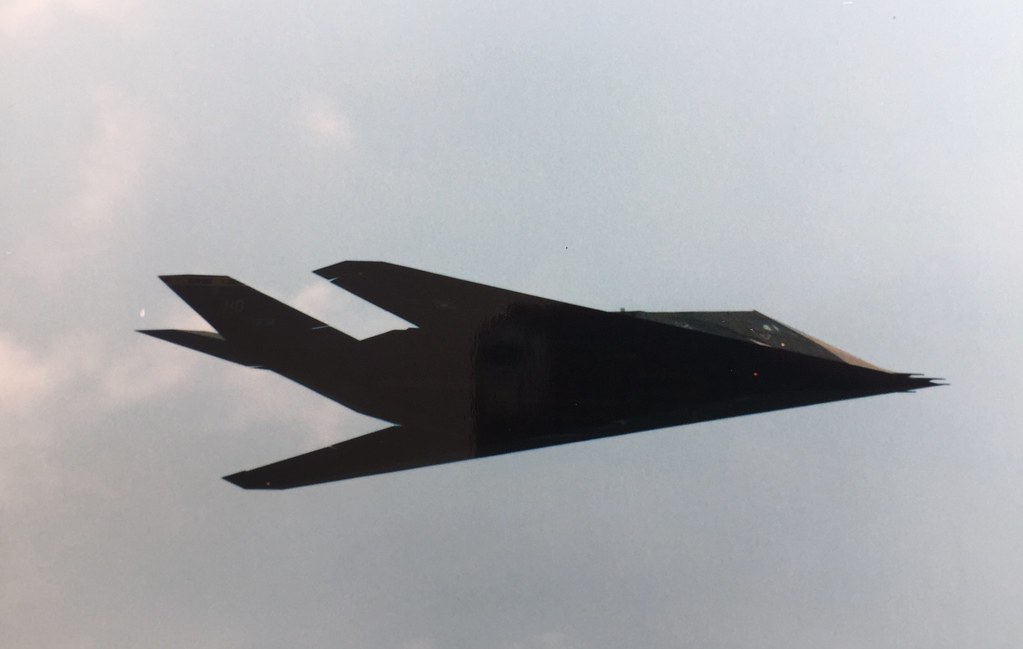 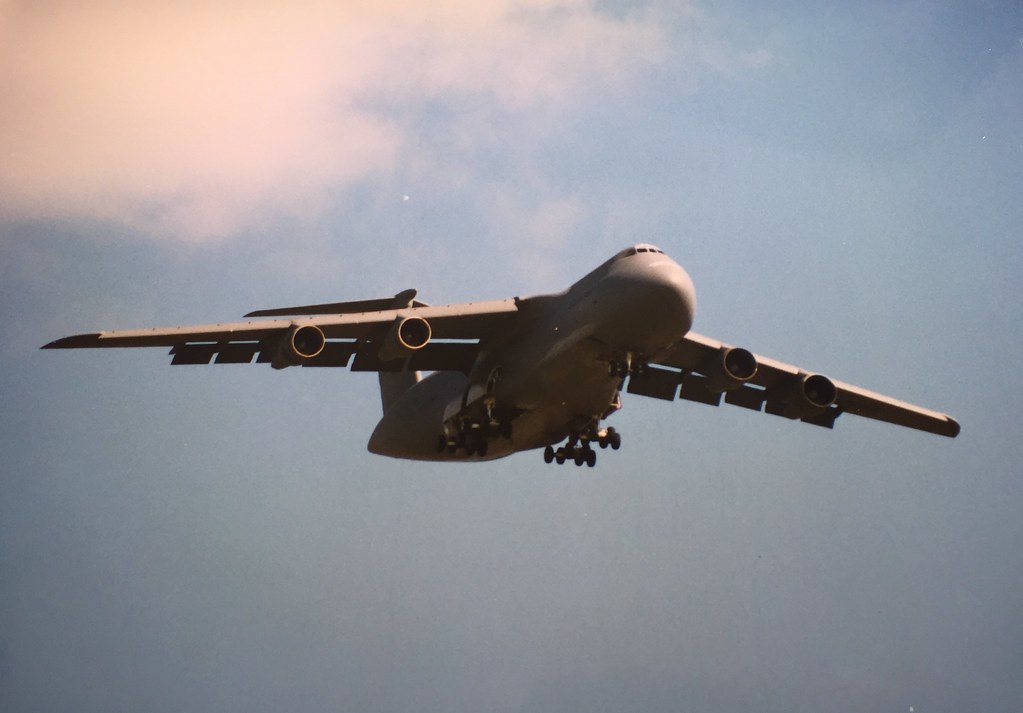 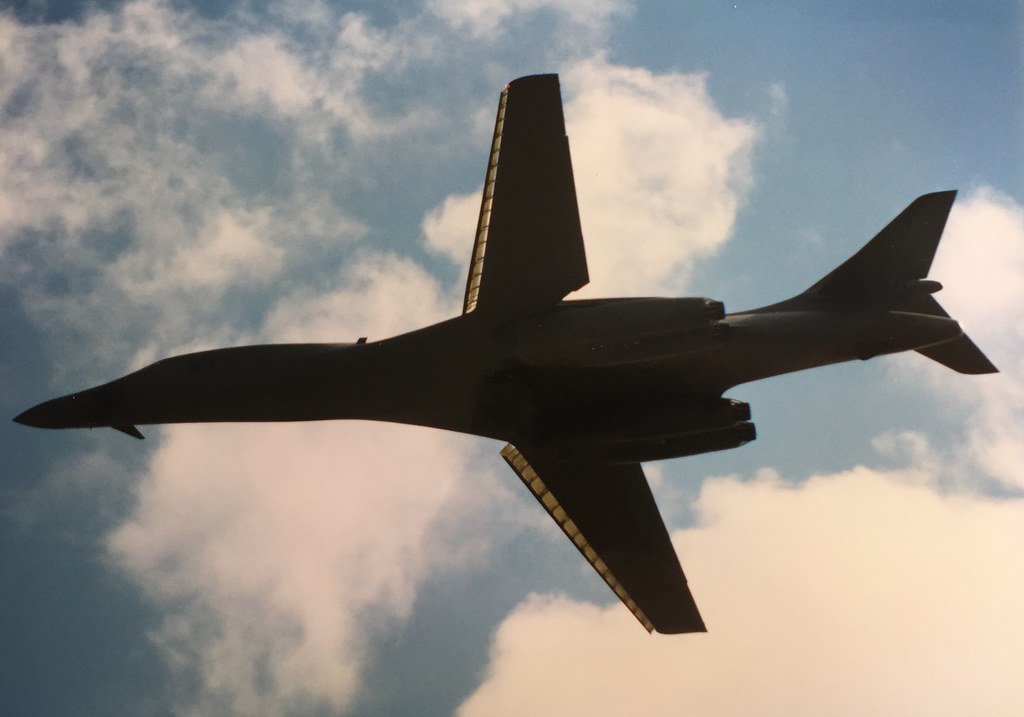 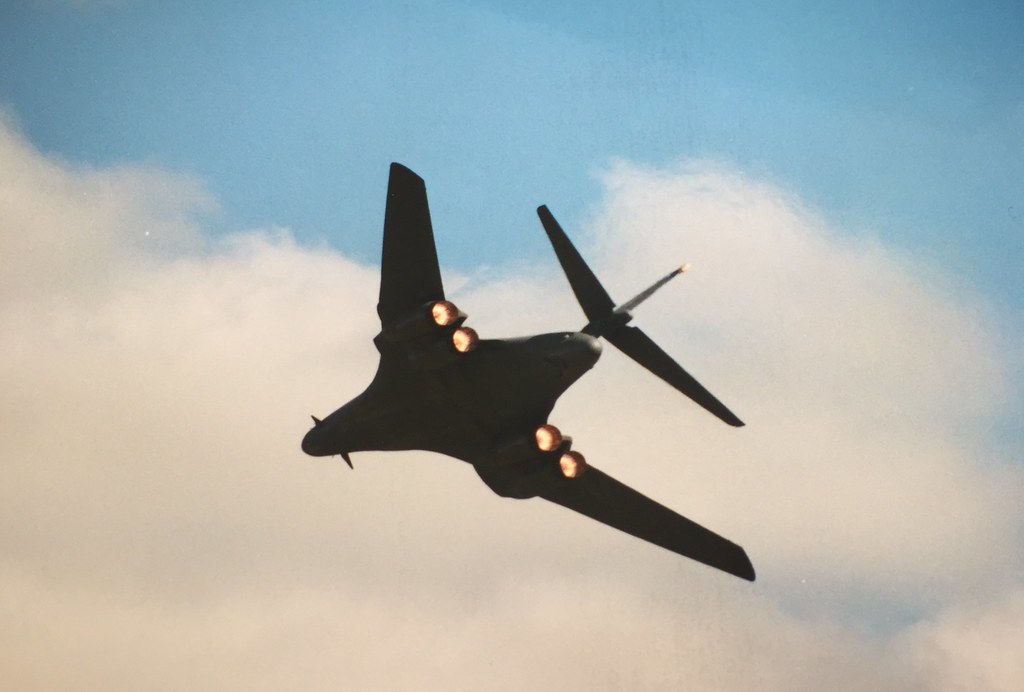 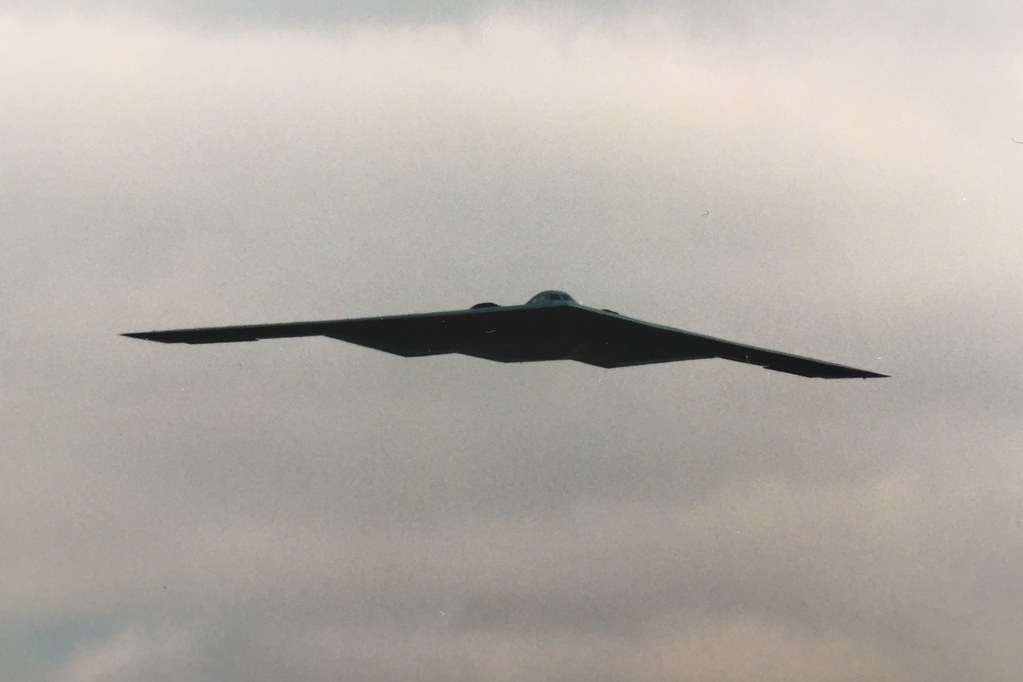 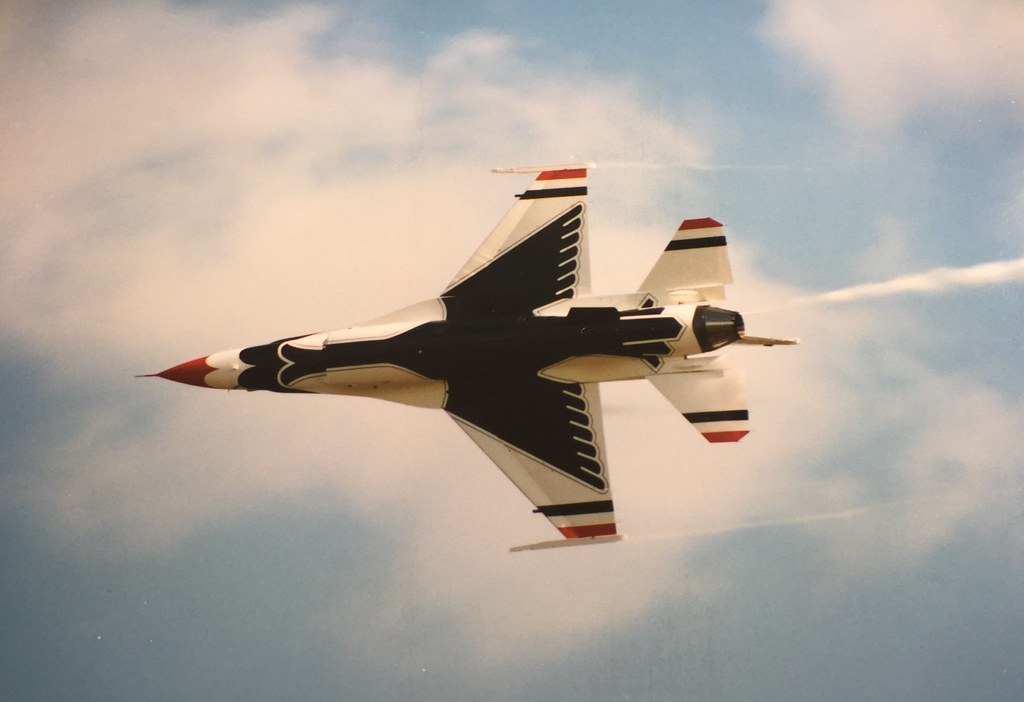 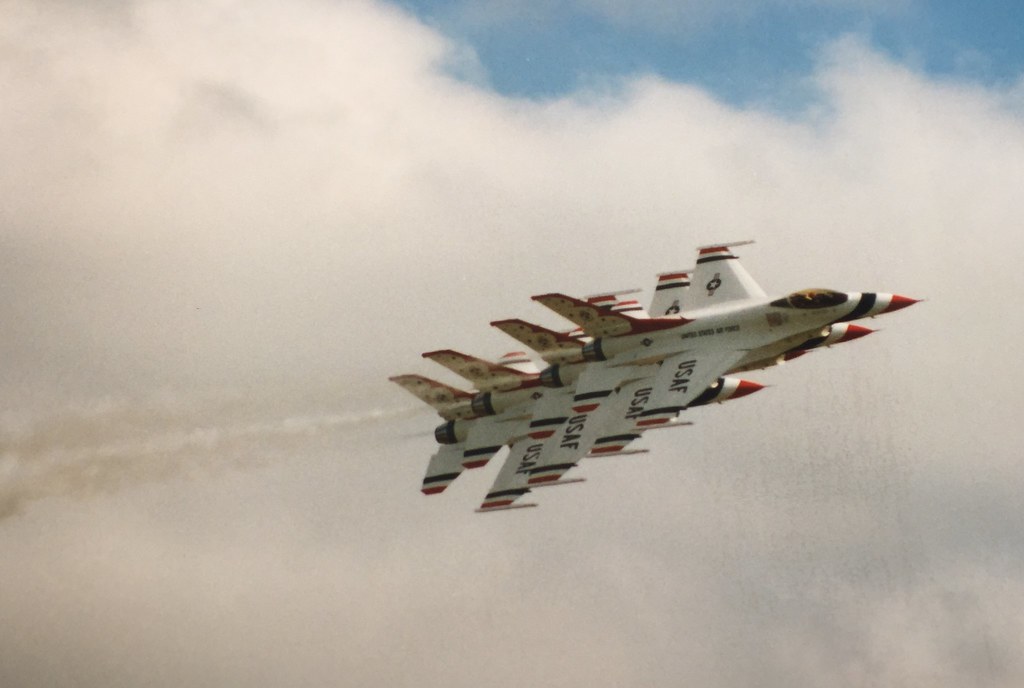 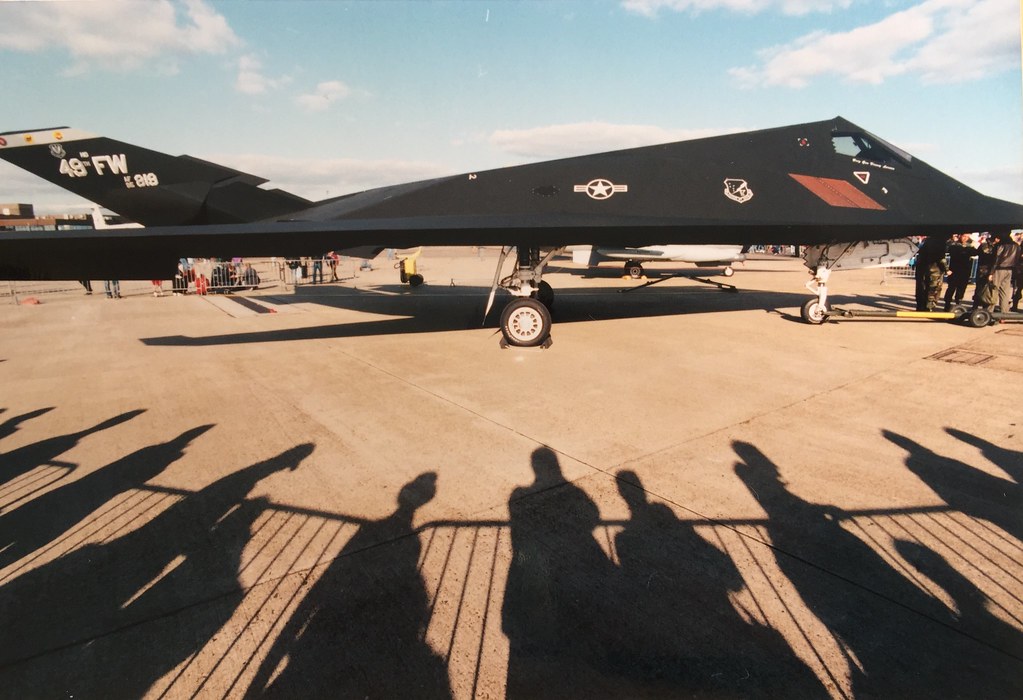 cracking show, We camped the night before Christ it was cold, On the Sunday we ended up in a local boozer needing Dollars with some aircrew including some UK lads in Blue suits getting the Lads out! Nuts. I have a Mildenhall Casino cup too Somewhere in me shed that I had me US change in. I have to get around to Scanning up some shots from times gone by.
Cheers

The cacophony of shutters that accompanied the B-2 was something I've experienced neither before nor since. Shutter mechanisms are obviously much quieter these days.

Mixed emotions for me personally for this edition of Air Fete. After years of doing it 'properly', I just went fo the one day in 97, as I wanted to take my new girlfriend (rolls eyes. At least she's my wife now). But going to Mildenhall for one day just exaggerated the silly traffic, overcrowding in the venue, sun in your eyes all day. And alas... the PA was broken so... there was no Roger Hoefling and the.... event lacked commentary. Girlfriend was bored, wish I'd gone my own and done the event Friday to Monday. Some ace participants though, as ever at Mildenhall. And I do miss it.

Nice set.
its time to kick the tyres and light the fires

This was the first Mildenhall show we ever did, having seen it advertised on.... Teletext!

As I recall, the T'birds didn't fly a display on Sunday, but did depart the show in the morning?
"You really are an oafish philistine at times!"
Top

That's right, Thunderbirds were Saturday only. Despite the generally ace weather, there was a bit of cloud about, so they couldn't get their high show in.
its time to kick the tyres and light the fires

At the time it was the only occasion they'd left the US to perform one show. I believe they were displaying at the USAF academy on the Monday.
My flickr: https://www.flickr.com/photos/53647931@N05/
Top

Wrexham Mackem wrote: ↑
Fri 22 May 2020, 10:49 am
The cacophony of shutters that accompanied the B-2 was something I've experienced neither before nor since. Shutter mechanisms are obviously much quieter these days.


That is still my main memory from the show. The place went silent in awe as it flew along the runway and all you heard was camera shutters. Wonder how many rolls of film were used

Indeed, the B-2 really was the moment. Shot a few Kodachrome frames myself!

The Spanish F-18 looping straight from take off was a moment to remember, and I seem to recall the Viggen was particularly good.
its time to kick the tyres and light the fires

I have to say that I never saw the SR-71 Blackbird at Mildenhall but seeing the F-117 Nighthawk Stealth Fighter and B-2 Spirit Stealth Bomber more than made up for not seeing the Blackbird. Although I have seen the SR-71 at Duxford.
Top

Unknown74 wrote: ↑
Fri 22 May 2020, 4:05 pm
I have to say that I never saw the SR-71 Blackbird at Mildenhall but seeing the F-117 Nighthawk Stealth Fighter and B-2 Spirit Stealth Bomber more than made up for not seeing the Blackbird. Although I have seen the SR-71 at Duxford.

Go and wash your mouth out with soap and water. No comparison.

its time to kick the tyres and light the fires

Thinking about the B-2 and the silence, the only time something similar was experienced was at Leuchars airshow (2006?) when a Nimrod performed a flypast to commemorate those who'd died in the crash in Afghanistan.

It wasn't silent as the PA was playing Adagio for strings. Normally not a fan of music at shows but this seemed to work well. I don't think there were many dry eyes, it was a powerful moment. Certainly not as many shutters being fired.

That was a heck of an airshow, and in my minds eye, probably the best airshow from about 1993 to the finish, with the nightmare last ever show there that took nearly 5 hours to get in from just before the roundabout Mildenhall village side in view of the field!

Never have i seen or experienced as bad a marshalling of vehicles from 2 x 4 rows down to 1 row ever. wonder was todays H&S would make of it all with 300+ cars right under the display?
Was quite dramatic and fun but infuriating nonetheless.
Got to love Russianhardware
Top

the last show was like that because of Foot and Mouth if i remember rightly. We were litterally the second car in the queue and were parked right at the back. i just couldnt believe it.
This is the way
Top
Post Reply
15 posts • Page 1 of 1