Just curious if any UKAR members other then myself and Andy will be going to this show? Surely this lineup has to be one of the biggest USAF participation shows in a long time...

And that's just the flying display

The show just so happens to be the middle weekend of a Green Flag.... can't wait to see what is on Static.

The show just so happens to be the middle weekend of a Green Flag.... can't wait to see what is on Static.

Andy, i went to Nellis Airshow 2009 - 2012, the last one being in middle of Green Flag also, so hence the B-1B in the flying as pre show there were 6 B1-Bs on the ramp on the far side, but come show weekend one was static, two on the flying side. The A10s / F15s /F16s / HH60s will be i expect the demo involving a tactical scenario with lots of flares from the fighters possible and of course the F15s/ F16s / HH60s are drawn from the based units there

Apart from a few items, its more or less what flew in 2012, but all the same is good!
2020 Abingdon Airshow / Country Show - Sunday 17th May, Abingdon Airfield.
http://www.abingdonairandcountry.co.uk
Top

Yeap I remember the 2012 show... Saturday was a little cool... but on both days the B-1B did an awesome banana topside pass along the axis of the show line. 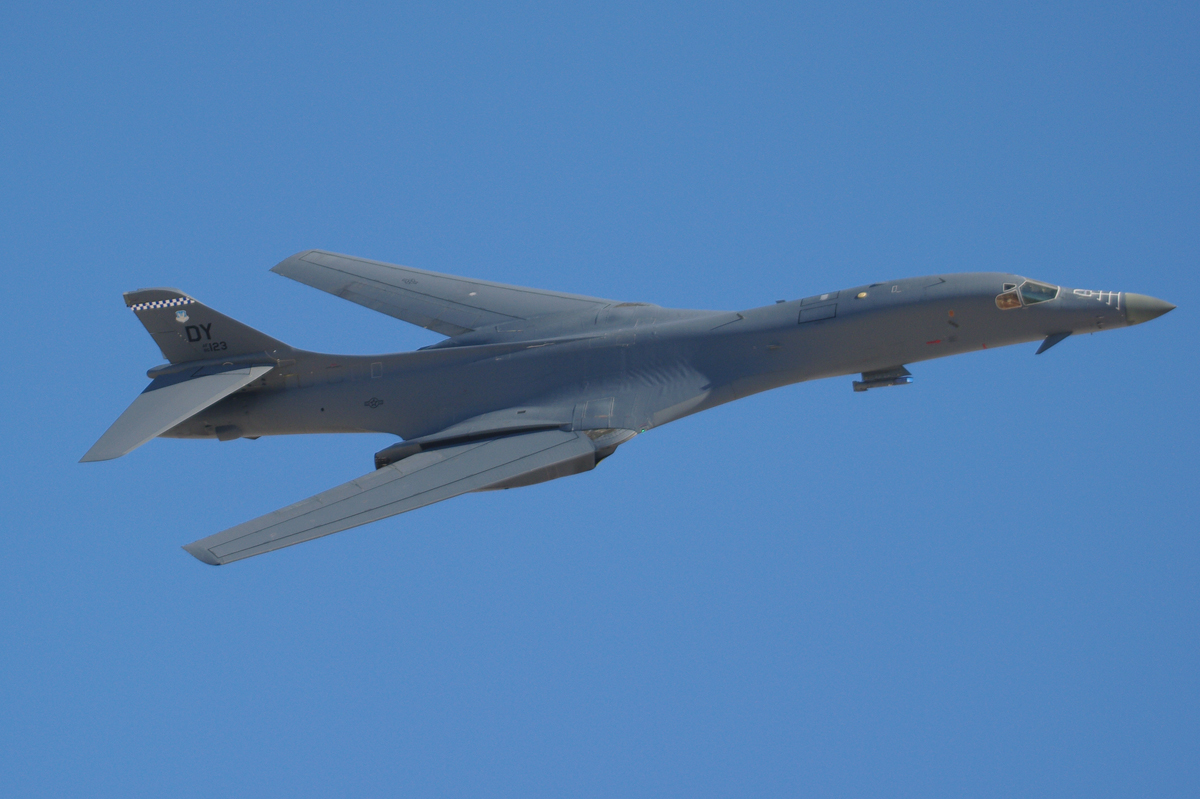 Even if all we get is a couple passes of the B-1B again. I'll be a very happy person!

Wow the list for Nellis has been updated. I wish the list showed what was static and what is flying but... wohoo! QF-4 is on the return and hopefully that Tornado is the special painted tail both aircraft most likely static but again wohoo! Arrivals day is looking sweet.

After missing the F-35 at RIAT/F'borough the summer I was concerned that the event schedule on the Nellis Facebook page had a couple of glaring omissions.

"F4 will be on display and participating in the Korean re-enactment.

F-35 will be on display and is scheduled for a special appearance.

B-1s are scheduled to make a special appearance, as well.

You won't be disappointed!"
Top

Hi guys... I will be there.
It wasn't planned but it was sold to me by a chap I met spotting at Nellis last week.
Currently staying the super 8 motel at Nellis afb.

Which day is arrivals day?
Anyone fancy meeting up?

That's the F4U Corsair in the Korean display.

They haven't announced when the B-1B and F-35 will be performed yet though.
http://www.evansaviography.co.uk - Andy Evans Aviation Photography
Evansaviography on Flickr!
Top

I will be there too, but I search a driver to go at the parking area.
I gonna stay at the Howard johnson hotel just next to the airfield
so if someone in this area want to help me, just send me a message

For those going tomorrow, spent an hour outside this morning...

Also got treated to a Raptor performance take off!

there is a 6th b1 in the static park. 3 at the north end, 2 next to the ç17 which departed late afternoon. (Apparently).

F22 did a great display

4th 41sqn typhoon was initially being prepped to depart but then had covers put back on. Maybe went tech.
Top