I took this photo at a 1994 airshow, but still don't know who the pilot is. I have a suspicion that it might be 'Hoof' Proudfoot, who would later pass away in the crash of this P-38. Elliot's Flying Legends thread made me remember this image and I figured I might as well ask here: can anyone confirm my suspicion about the pilot's identity? 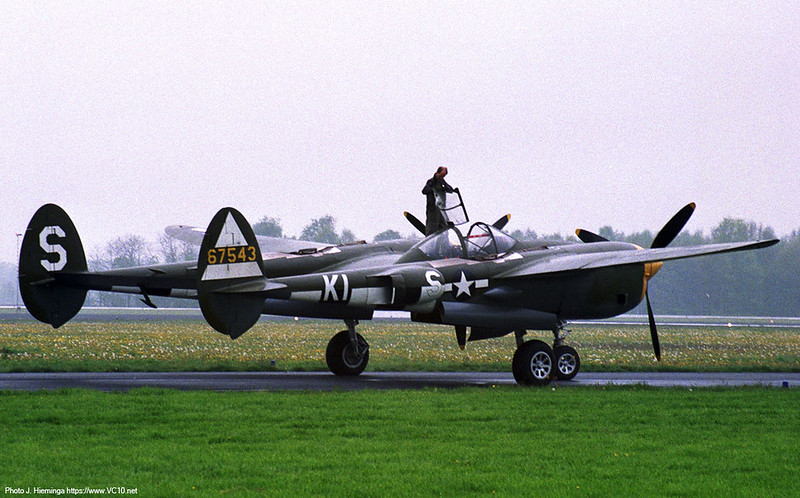 Looks like Pete Kynsey to me!
Deputy Editor - The Vintage Aviation Echo
Top

That's clear enough for me, Pete Kynsey it is then! The venue was Eindhoven Air Base for the 'Liberation Air Show' on 30th April 1994.
Top
Post Reply
4 posts • Page 1 of 1