Civvie reg, but Government-operated. Not often seen round here though. 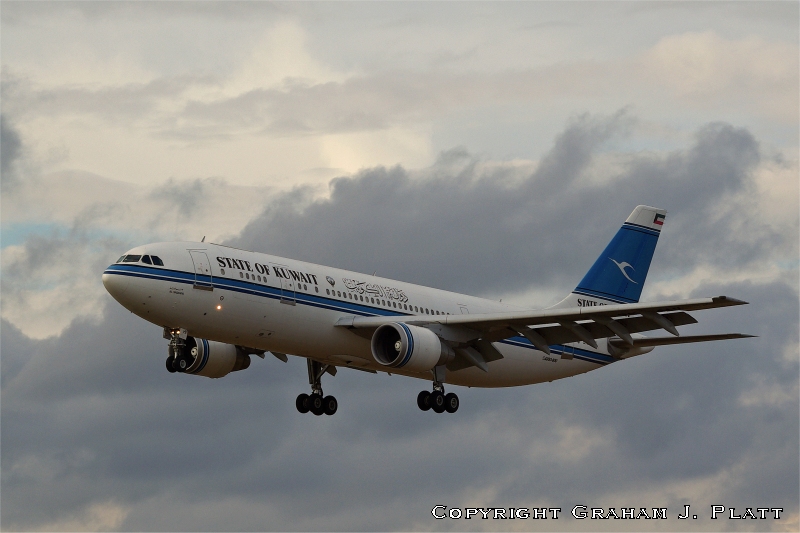 Agree, great composer with the clouds

don't suppose you can tell me what the Reg of it is?
My Flickr Photostream
My Photos on Airliners.net
Top

Nice shot, will have to get over there early tomoz to see it.

Nice shot, will have to get over there early tomoz to see it.

I thought it had already departed, looking at the posts on FC.

Chris.Globe wrote:I thought it had already departed, looking at the posts on FC.

Not sure that it has gone, had my scanner on all evening & haven't heard it go.

Kuwait060 was his c/s today

EDIT: Chris, I have multiple reasons to doubt the veracity of the posts on FC that you mention stating that it's gone, but the least contentious of those reasons is that I've just been for a 5 minute drive, and with a good pair of bins you could read the reg even now.
Last edited by ursa_major on Tue 06 Oct 2009, 7:09 pm, edited 1 time in total.
Top

Ok, fixed calllsign of Kuwait 003, except when they want to try and confuse me by using something else!
Cheers,
Chris Globe – http://chrisglobe.com
World Museums Editor – http://freebirddb.com
Top

Nice work G, hopefully get up there at some point to bag it (in between coughing and spluttering)