Hollywood is back at Duxford with Warner Brothers using the American Air Museum as a movie set and sat outside for all to see is a Tornado, that was trucked in, in spurious American markings. Why the museums Sea Vixen and Avenger were out there we will have to wait and see what that's all about when the film is released. They pack up tomorrow and NO, I don't know what the film is so don't ask. A busy day else where with a lot of General Aviation types flying in and covering most of the jet pan. Highlight of the day was the Yale going up for a short handling flight. There were two air to air photo shoots with P-51/Miss Helen going up with an Aztec and later in the day Aero Legends two Spitfires and Prentice were going up with the Old Warden based Dornier Do-28/NC123C photo ship. 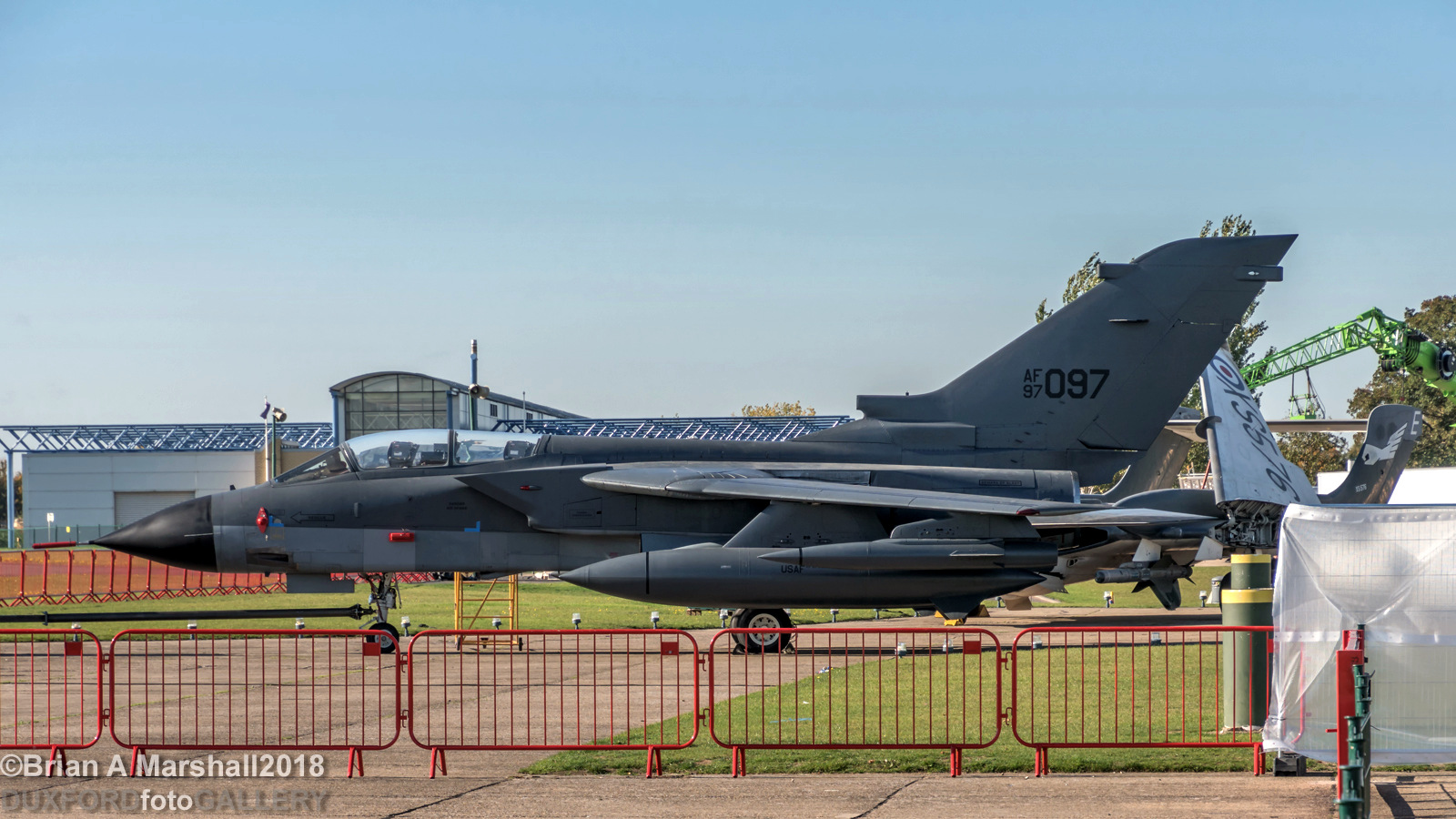 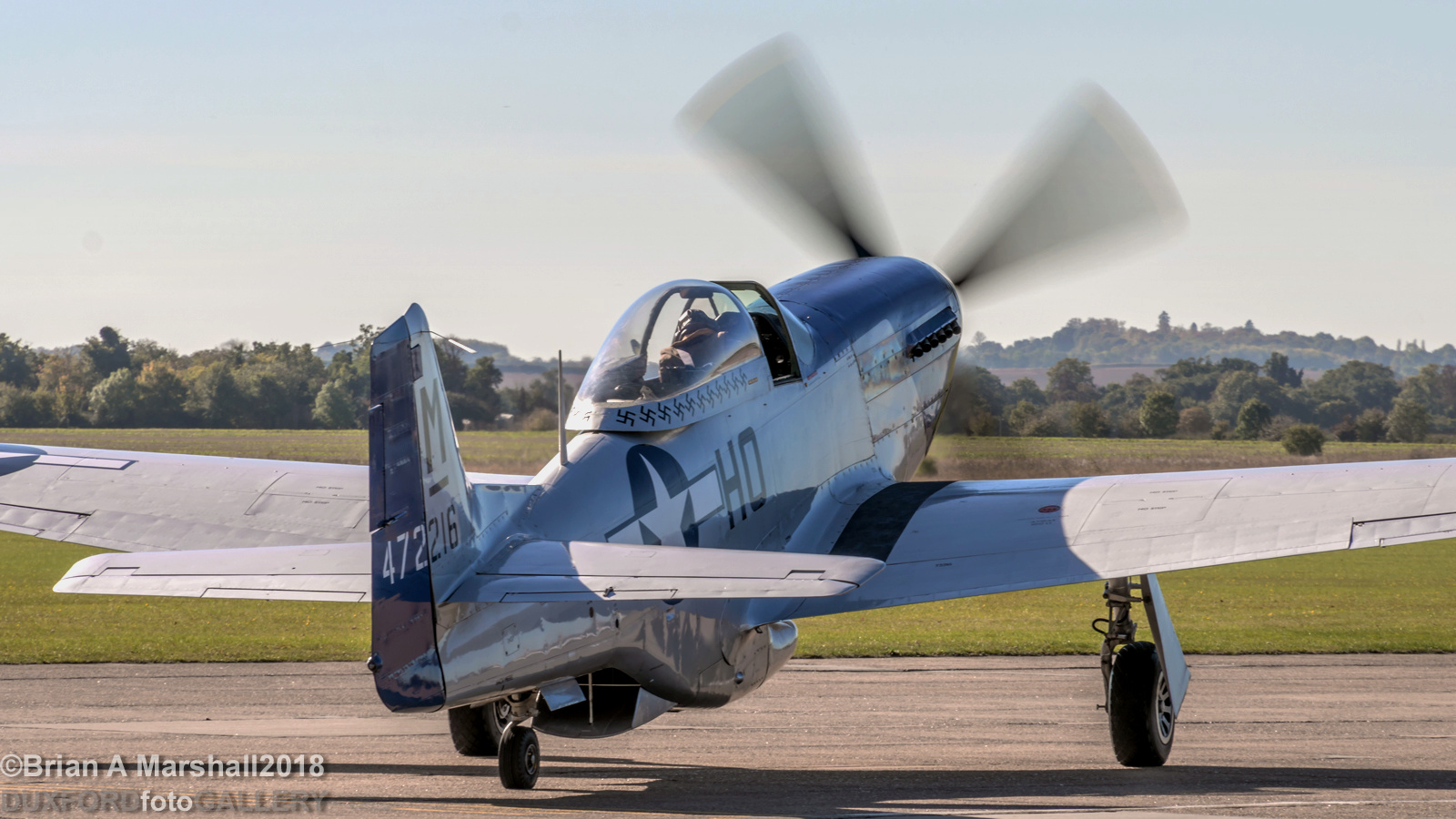 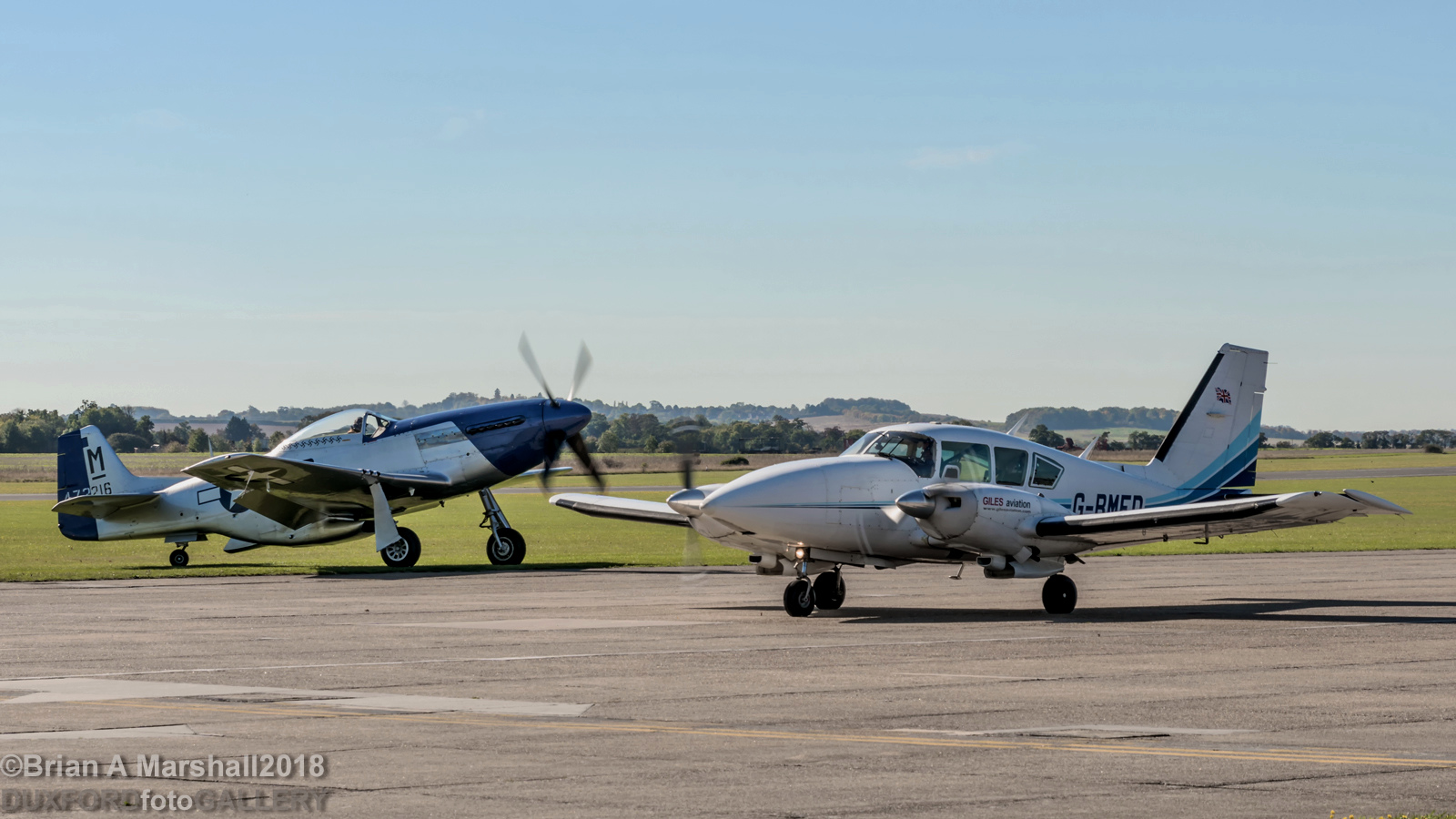 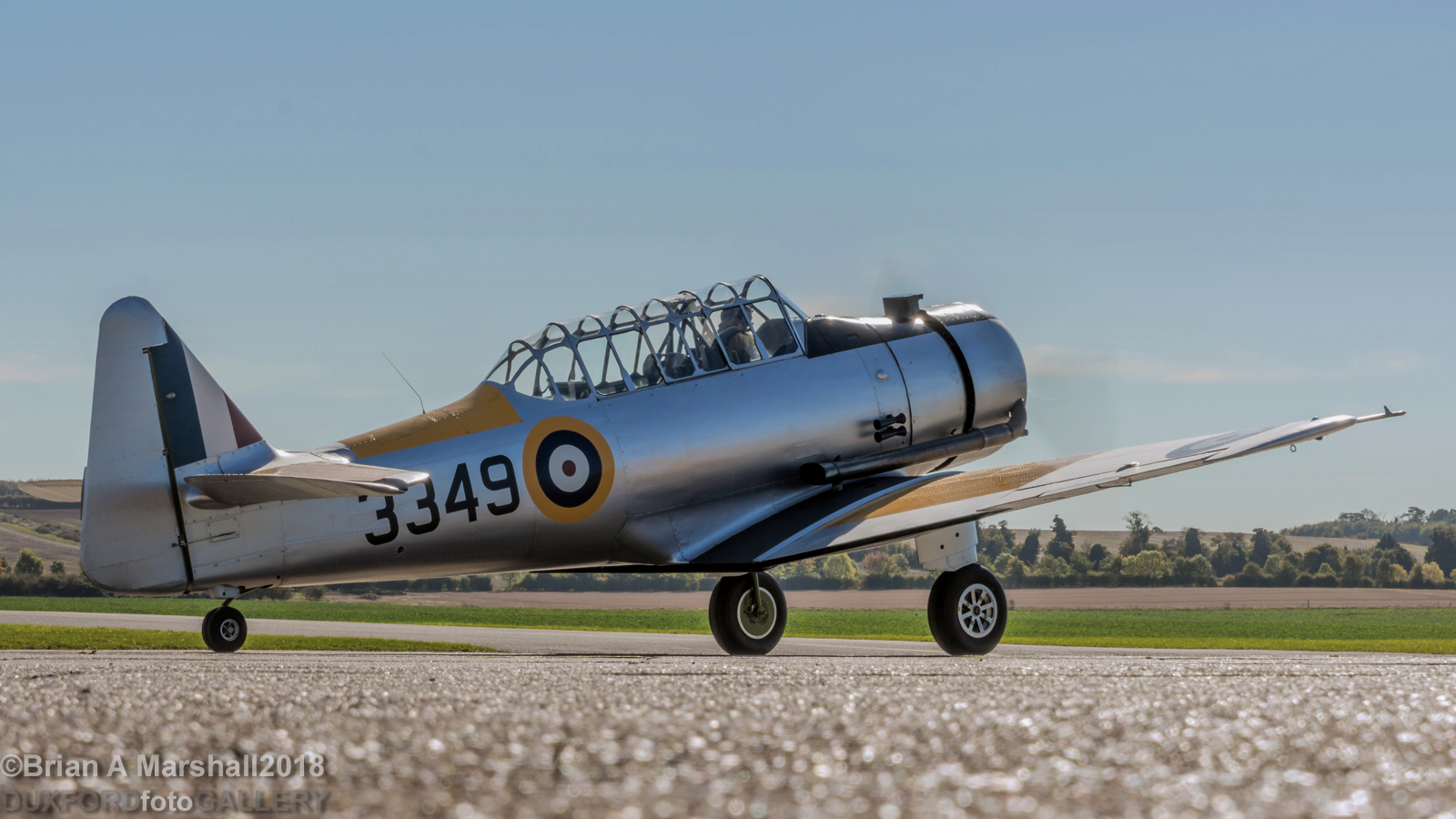 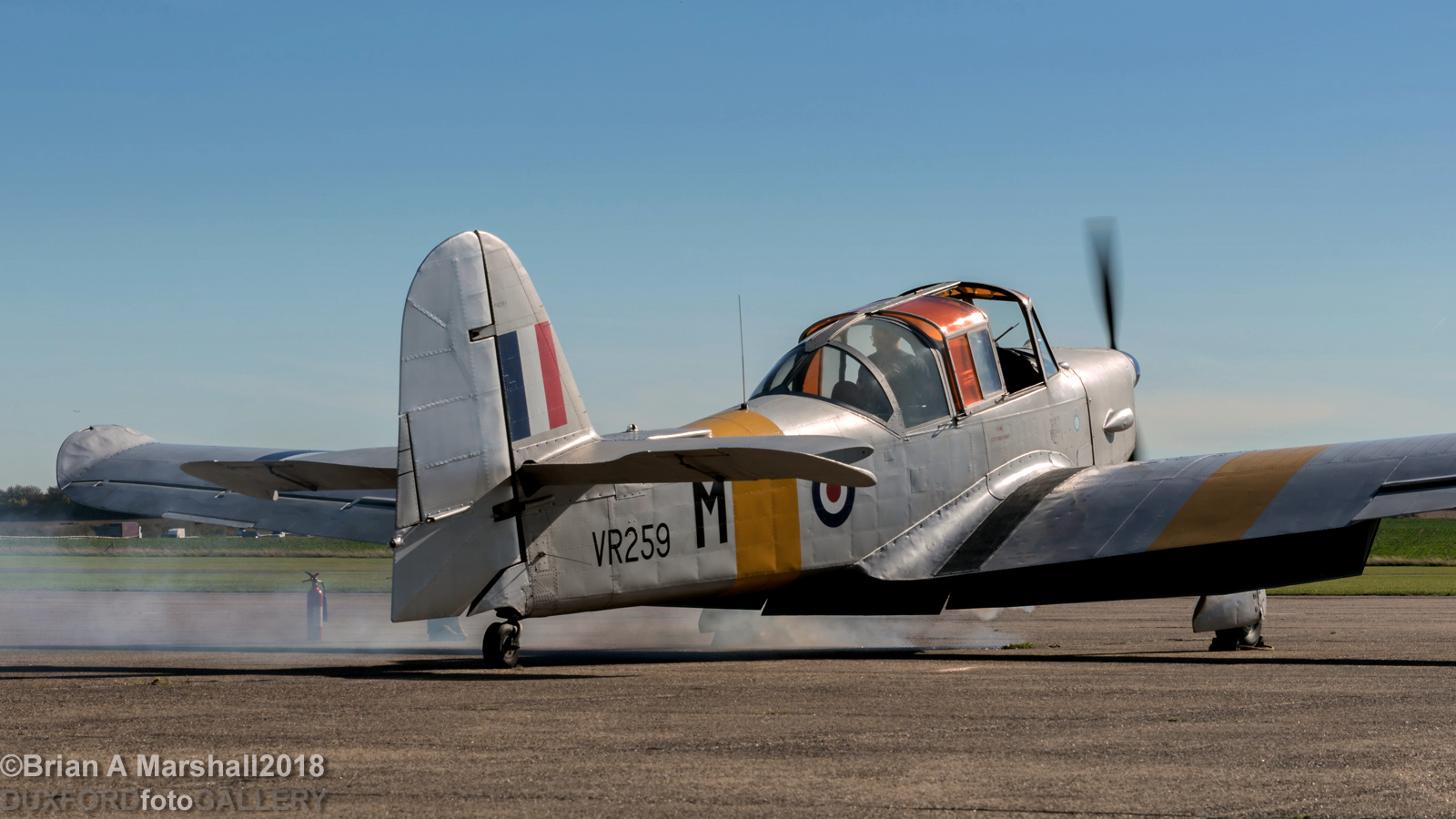 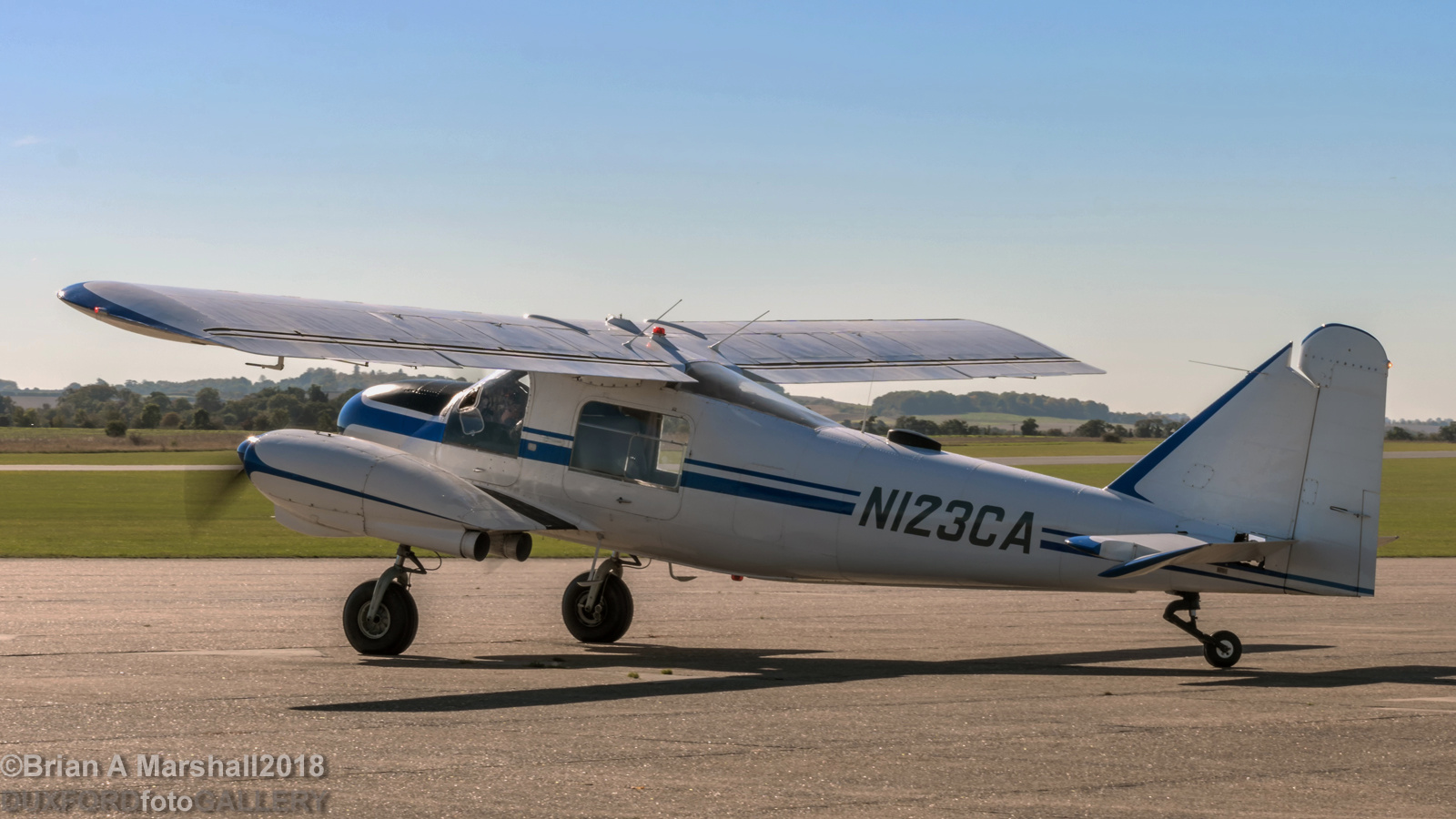 Visited today, the American Museum is all fenced off around the whole place. Apparently the Tornado is acting as a stand in for an F-111 hence the US style repaint. If I was a betting man, given some of the props out the back and the vehicles it’s Wonder Woman1984 that’s being filmed.
Top

Ahhh so thats where the Tornado went, it was at White Waltham a couple of weeks ago being painted..

Aircraft was one of the last GR1s in operational service and was finished as she last flew in all over grey looking very similar to a current spec GR4. First flown on 28/11/1980, this aircraft served the first part of her operational life on TTTE (Tri Tornado Training Establishment) with tail code B55 before being allocated to 15 Squadron at RAF Lossiemouth. Last flown 31/05/2001, this aircraft was retired to a ground instructional role where she served as the RAF Lossiemouth weapons load trainer as a ground instructional airframe for: 14 Sqn, 15 Sqn, 12 Sqn and 617 Sqn. TAA tail code and XV squadron markings on the fin.
All the gear and no idea....
Top

I've tried looking in all the usual places but can't find if the serial number on the tail actually fits a 'real' aircraft? Any ideas?
...Rad shutters auto.
Top

From what I've been told it's a made up number and doesn't apply to any specific aircraft.

Pen Pusher wrote:From what I've been told it's a made up number and doesn't apply to any specific aircraft.

OK, thanks Brian. Thought as much but you never know.

Such irony that Duxford has a real F-111 and yet because of the (in my view) incredibly foolish layout it is easier to bring in a Tornado on the back of a truck than just roll out the Aardvark.

What a shame!
Top

MiG_Eater wrote:Such irony that Duxford has a real F-111 and yet because of the (in my view) incredibly foolish layout it is easier to bring in a Tornado on the back of a truck than just roll out the Aardvark.

That does sound truly barmy!