Decided on Tuesday that I would fly out to the Star Wars Canyon for Thursday and Friday last week. Had two good days with approximately 20 aircraft between them including Dutch F-35's, a Nellis Raptor, Alaskan Aggressors, a Fallon NAWDC F-16, and a couple others. 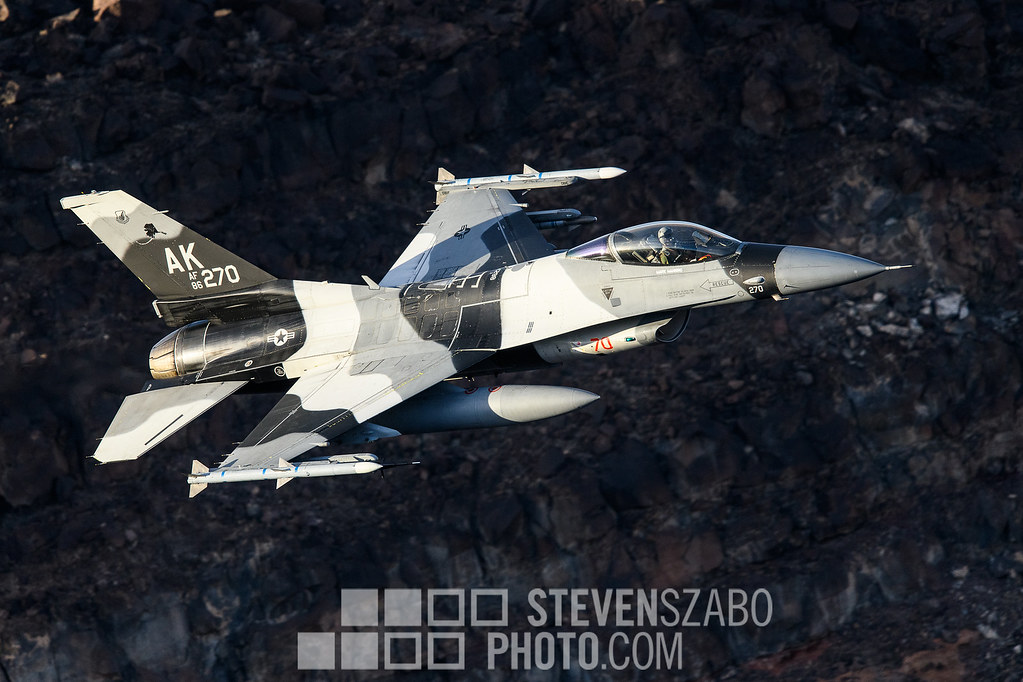 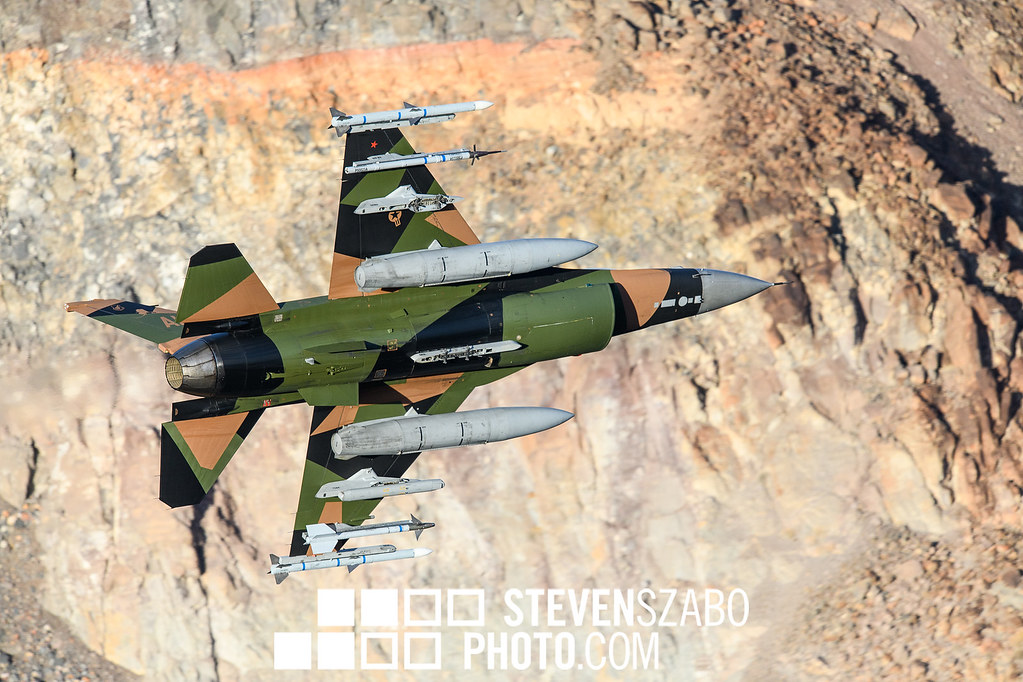 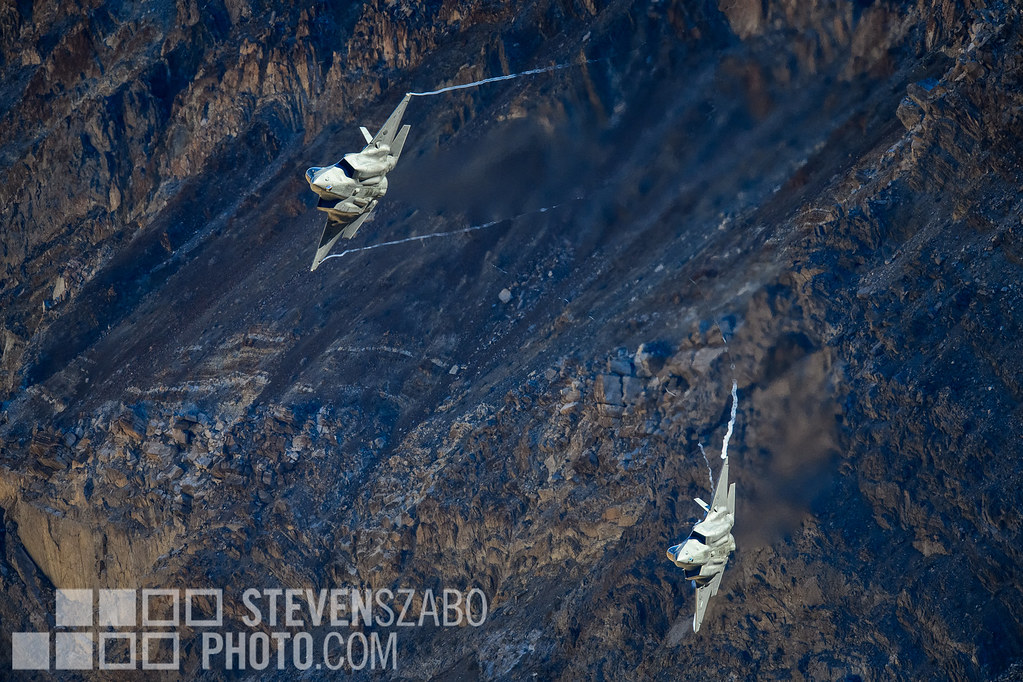 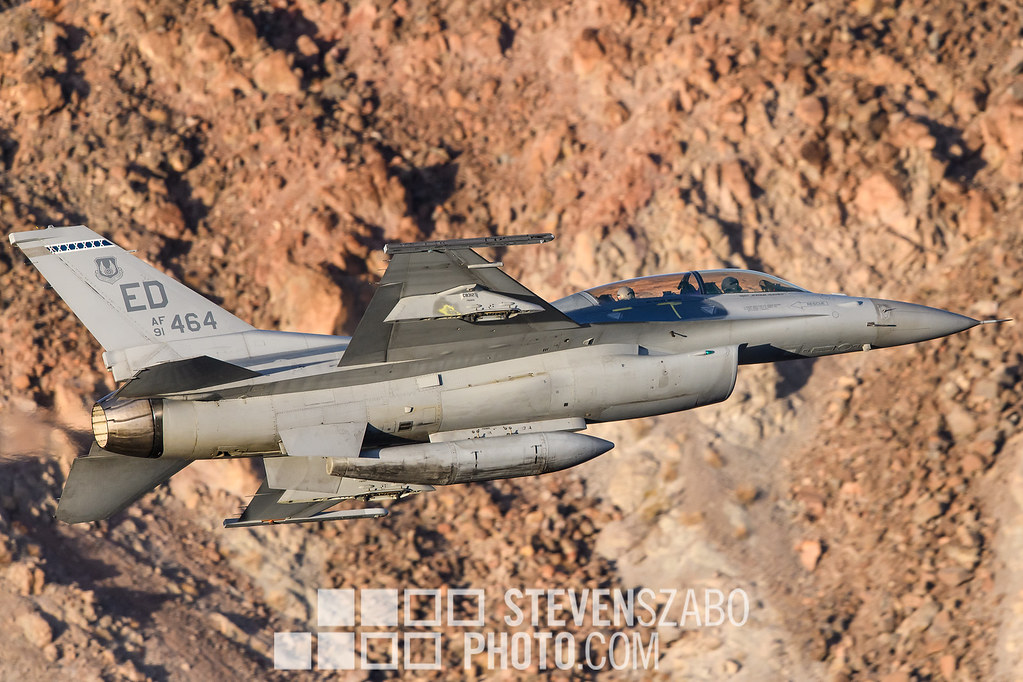 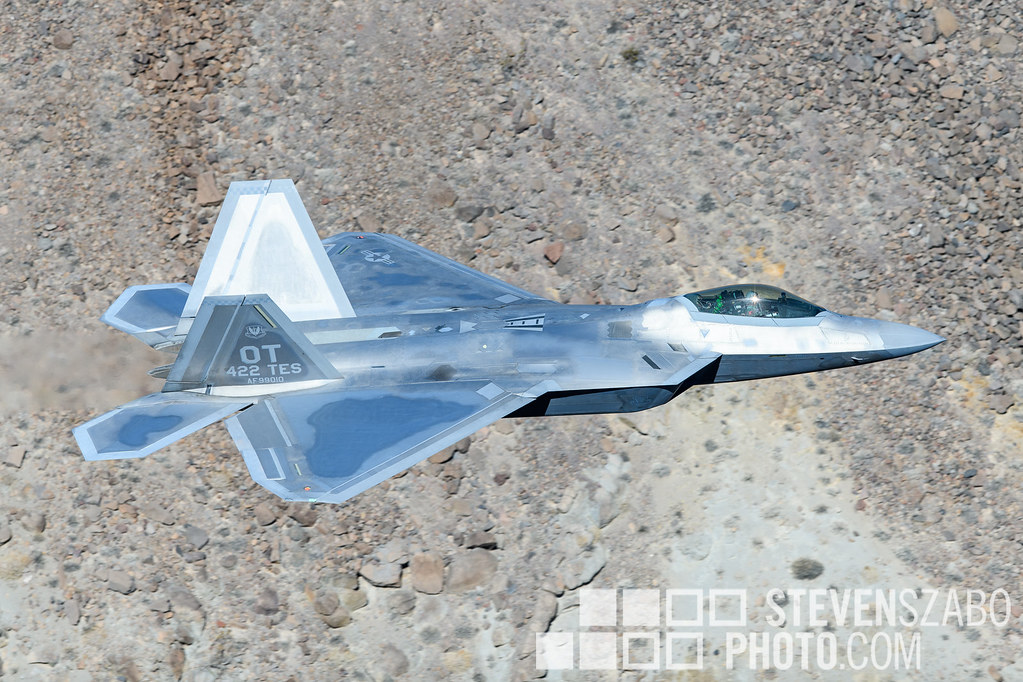 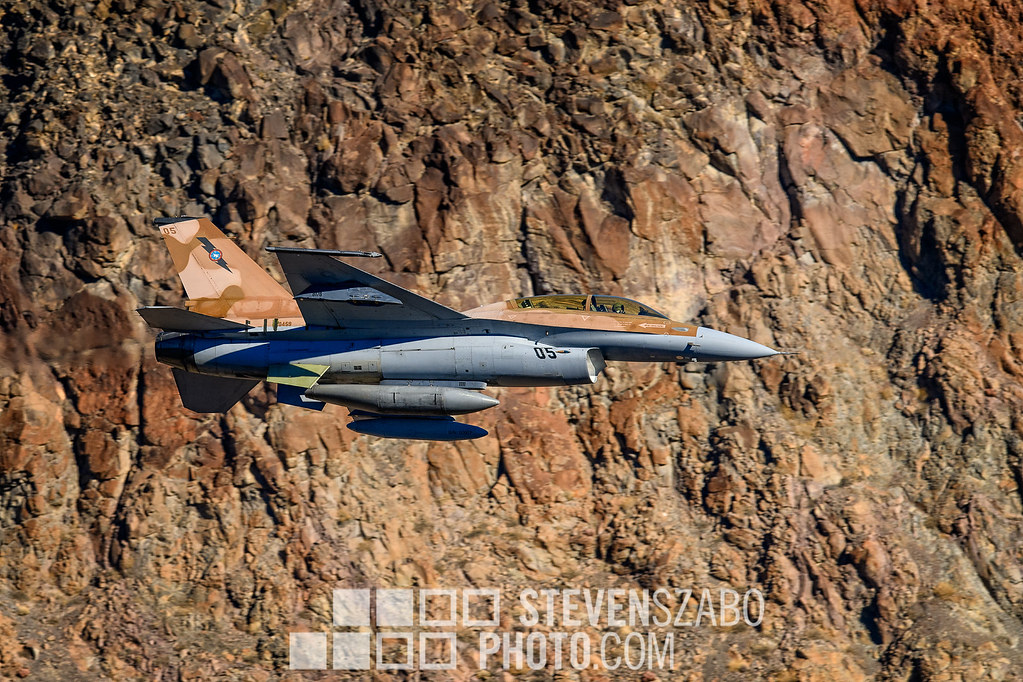 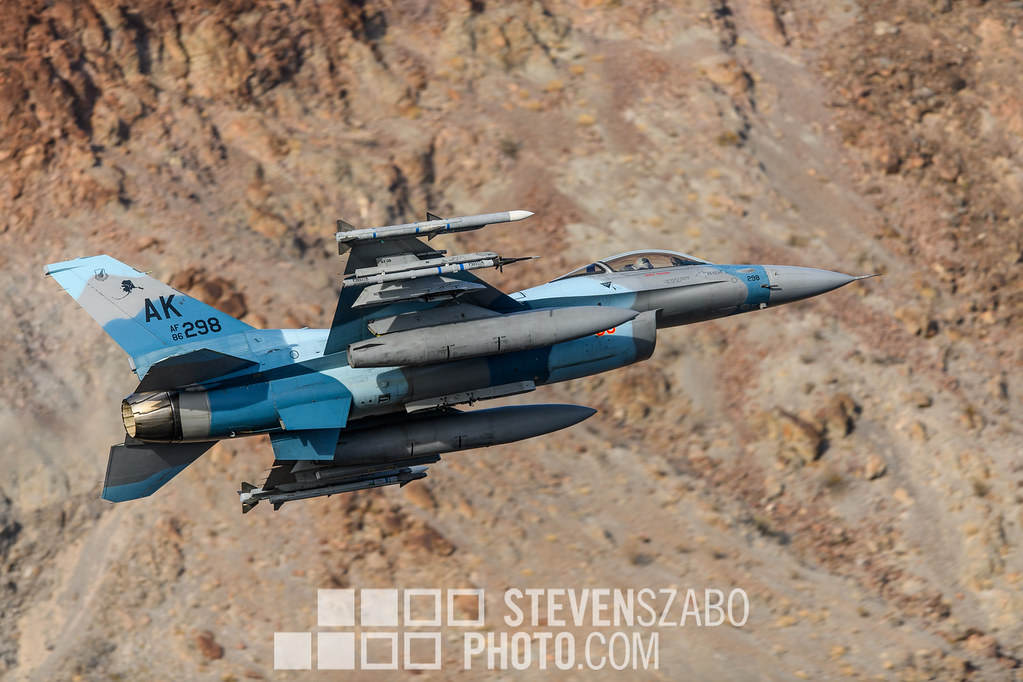 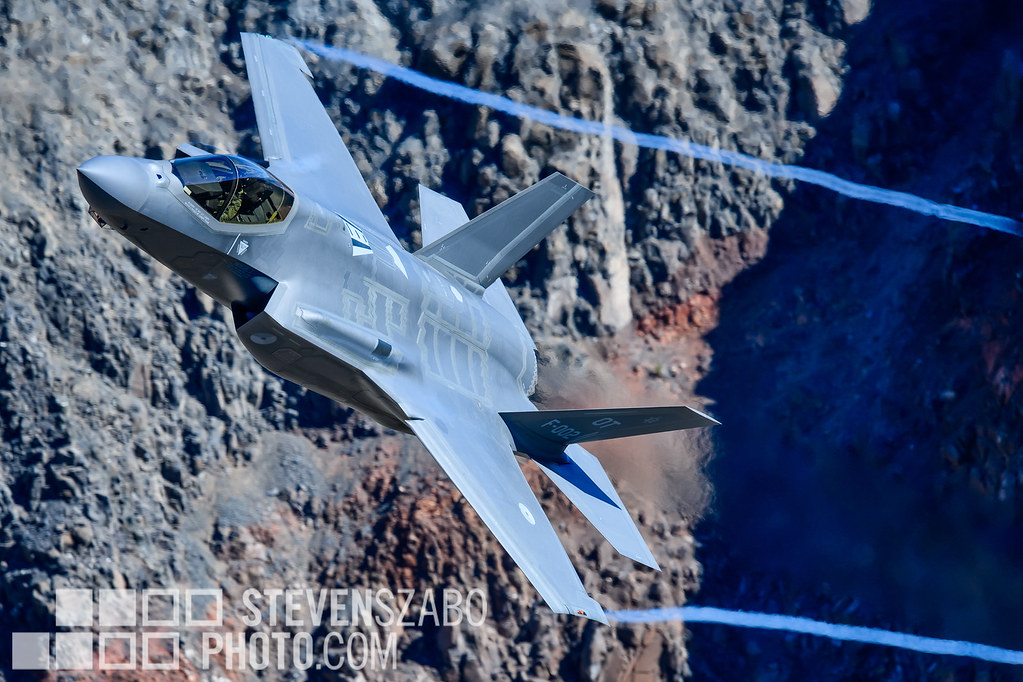 The Arctic camo F-16 shot is cracking, as is the Forest camo top side shot on your Flickr.

Thanks for the comments. The battle dress uniform Splinter camo jets (there were two there) are new this year...originally I was told that they used to be the all black aggressor jets, but this one used to be the older scheme beige and green camo (and interestingly has had an off runway excursion). The other one was 86-295, and it does appear to have been all black as of 2017...not sure if 86-310 was all black between its previous scheme and this one. 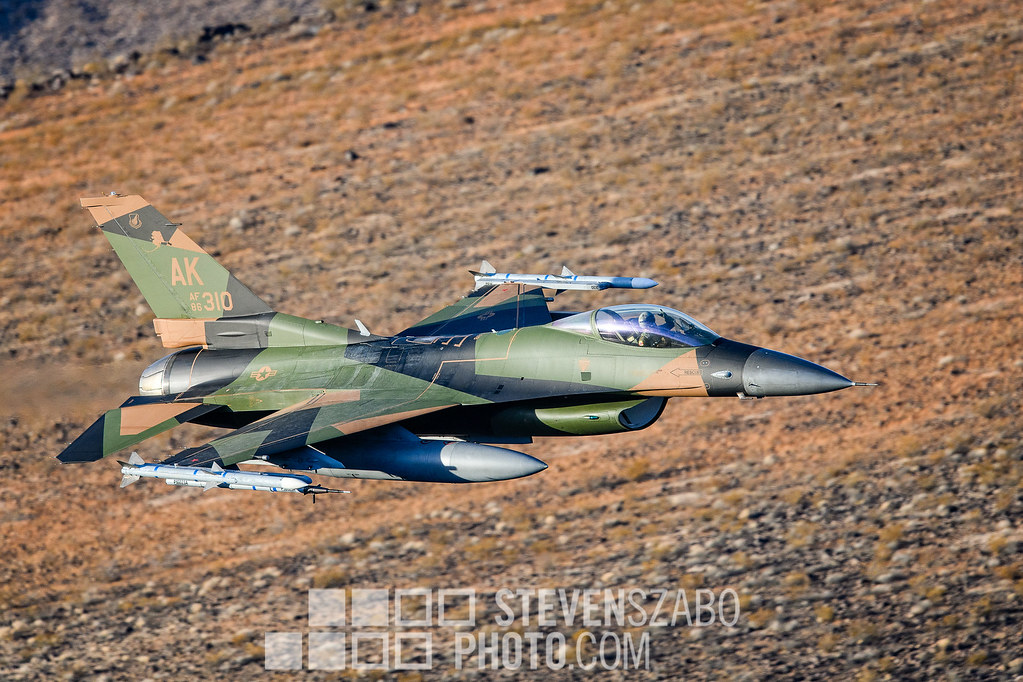 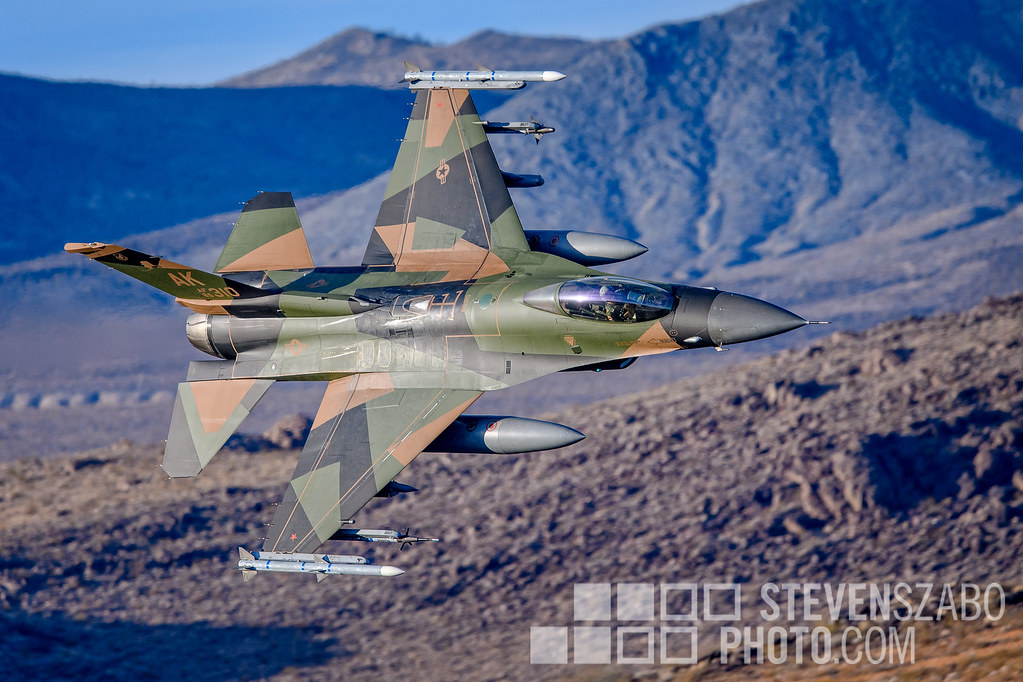 wonderful catch of some really interesting aircraft which are rarely seen low level (?). Also cracking light-what was the daytime temperature like when you were there?

Thanks for posting
Top

Good stuff, it's nice to see some aircraft with a bit of colour.

PeteFenwick wrote:wonderful catch of some really interesting aircraft which are rarely seen low level (?). Also cracking light-what was the daytime temperature like when you were there?

I've seen the AK birds on deployment to Nellis before as well, not sure if they did SWC that time though. It was pretty late in the day when they came through both days. The first day (the one where he's giving the horns) they were through around 4:30pm, and the second day I was there they came through around 3:00-3:15pm, but it was good light both days with a little bit of high cloud.

It was in the high 20's Celsius both days, but there was a serious wind from the north both days which made it feel much cooler. I definitely wouldn't plan to go there during July/August though.
http://www.flickr.com/go4long/