There seems to be a few of us that are heading to western USA fromm Edwards, Nellis, Fleet Week, Santa Maria etc (inc Nevada). This thread is for any tips, advice, thoughts or generally helpful comment around any of those events (but the event itself remains with other threads). Let us know of any other non aviation events that anyone could attend, spotting places, where else you are visiting etc.

My itinerary:
LA - staying Venice Beach - will try to have a short time at LAX - maybe In N Out burger or is the Proud Bird Food Bazaar area better - seems to have a few aircraft there...?

head to New York to meet the wife who refuses to sit in the desert in 100 degrees plus watching aircraft.

More details on other museums and car stuff if anyone is interested....
Top

I'll be doing Velocity Invitational on the Friday before Edwards
https://velocityinvitational.com/

Look out for rocket Launches at Vandenberg AFB.

There's a twilight snowbirds display at Salinas on the Friday.

The aircraft park at Point Mugu is worth a 10min stop.

Always looking for other non-aircraft things to do such as concerts, events, experiences. Anything goes... within reason.
Top


Has it reopened?
Top

Whilst in LA, if you visit Torrance Airport you will find the following on display:-

Thanks for that Boff I had missed those..
Top

Are these the actual preserved flying prototypes or mock-ups and if so, how did they end up at Torrance?
Top

They are actual aircraft, not mock-ups. Torrance is right next to Hawthorne, where Northrop was based for many years.
Top

OK Yes I have just re aquainted myself with the chart - have you tried any None Rainbow Canyon parts of the route?
Top

I've only been once before to the Sidewinder - many more times to the canyon. The last two years plans didn't quite work out. I'll be trying two spots this time, one near Peppermint Springs and the other near the Watchtower, both in the valley north of Lake Isabella. From the research I've done no location is perfect and traffic is less than the canyon but in my opinion, it's no worse than lowfly in the Lake District where I've blanked more than once, and you can get some exotic machines. Lets face it, even a Superbug is exotic for the UK.
Top

and a whole bunch of Planes of Fame stuff
Top

Fresno performed fly-bys at Lemoore in 2019 and they were superb - ended up being a mini-display using their special jet! 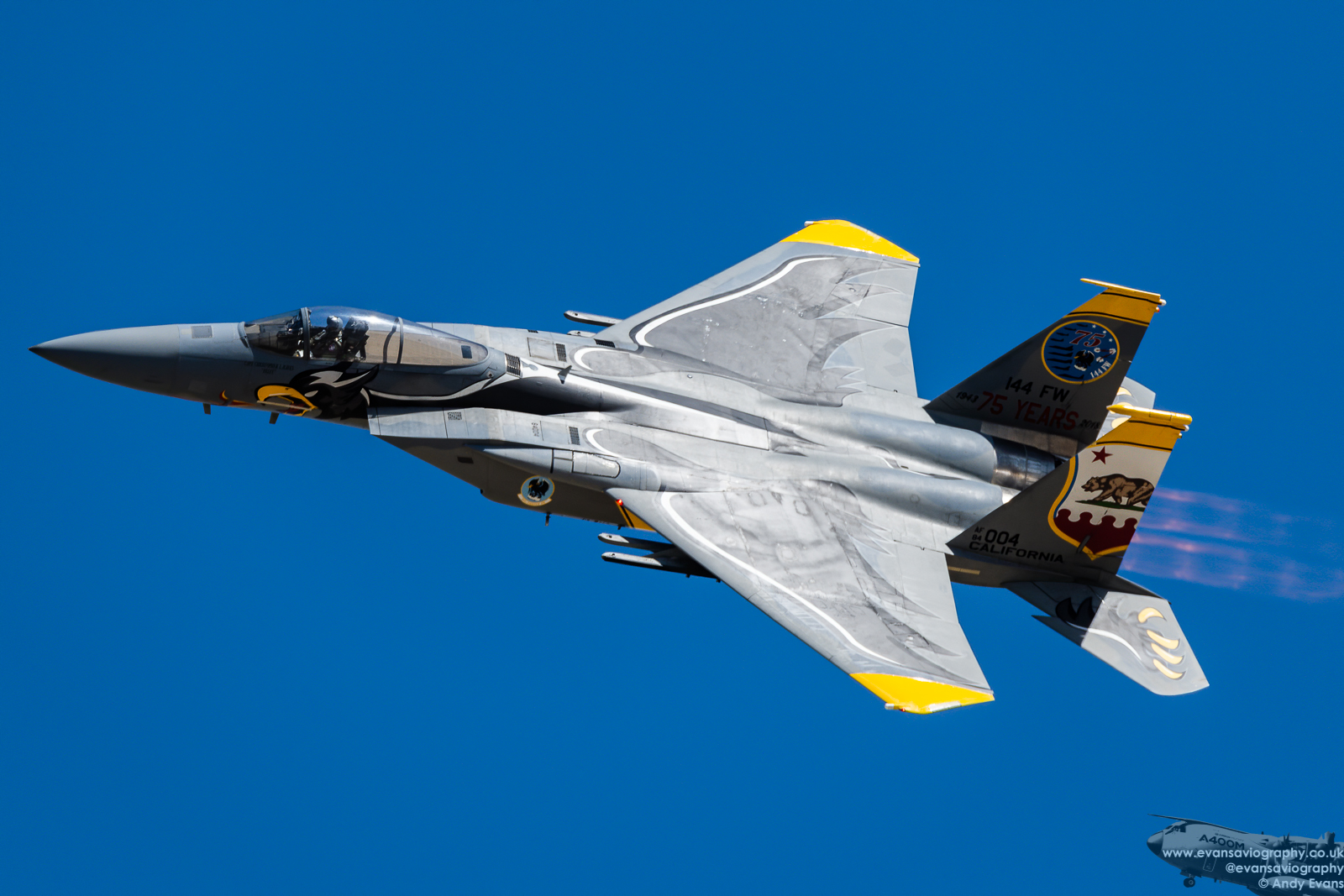 Curious about your Area 51 stop. Assume you're taking the anonymous flight from McCarran (or whatever it's called now) for a personal tour hence bookending with Vegas?
Top

Haha no, just a day trip out to the little Aleinn and a quick selfie at the gate

The burgers at the Little A'Le'Inn are good. Tried them following a day on the hill at Coyote Summit during a red flag. Parked the car off the highway and before I'd reached the summit it was already being investigated by a patrol car. They take security seriously around there !
Top

Tempted by Morcheeba on 12 October in LA. Also at San Luis Obispo 13-14 if you area bit further north.
Top

Now that RIAT is over I'm putting the finishing touches to my October road trip. 3700 miles planned covering the following aviation destinations...

Obviously not just an aviation trip so also including Velocity Invitational at Laguna Seca, Vineyard tours, Whale watching, Hiking and numerous photo destinations / landmarks. Did look for a rocket launch too from Vandenberg but none are due to fly in October. Hoping they add the Hawkeye to Fleet Week but far from guaranteed.
Top

Looks great - maybe worth going to if you are in the area - Lyon Air Museum is about 20 mins from Huntington Beach at Orange County Airport.
Top

There is a Space X Falcon 9 launch due in October - but nothing confirmed.
Top

Thanks for this. I was planning to stay at a hotel near OC airport so will look it up.

As for Vandenberg, my schedule is getting to the point where things are locked in but will keep an eye out. Seeing a rocket launch is on my bucket list.
Top

Seeing a rocket launch is on my bucket list.

Yes - its well worth it if you can. I saw a Shuttle Launch in 1984 - it was amazing. That reminds me I must get a patch for that sometime.
Top

I saw a shuttle launch from sun 'n' fun, so c.90miles away. i.e. a distant vertical contrail raising to the heavens - no noise. One of my biggest disappointments. You think they'll always be another opportunity at the time... I'll make a bigger effort next time. Maybe for Artemis or a Space X BFR...
Top
Post Reply
24 posts • Page 1 of 1