We've had a few days away doing that culture thing, and getting away from YAM has been no bad thing. Comes a time you have to get back in the hangar though,as these old jets need our help! Yesterday it was our neighbour the Vampire's turn...

04/08/2022 Update
If you've visited YAM recently you may have noticed a few of the hangar aircraft have been rigged up to run their nav lights, or even cockpit lighting? I like to think I started that particular ball rolling with the Dragonfly's instrument panels... any way our neighbour the Vampire is currently getting the treatment, but a pair of wingtip lights and a white tail light aren't the most exciting. Adding the landing light ups the game though! Except... the landing light was missing. J type lamps aren't exactly commonplace on the cheap, but I did get this poorly Grimes item on the cheap to modify to suit... 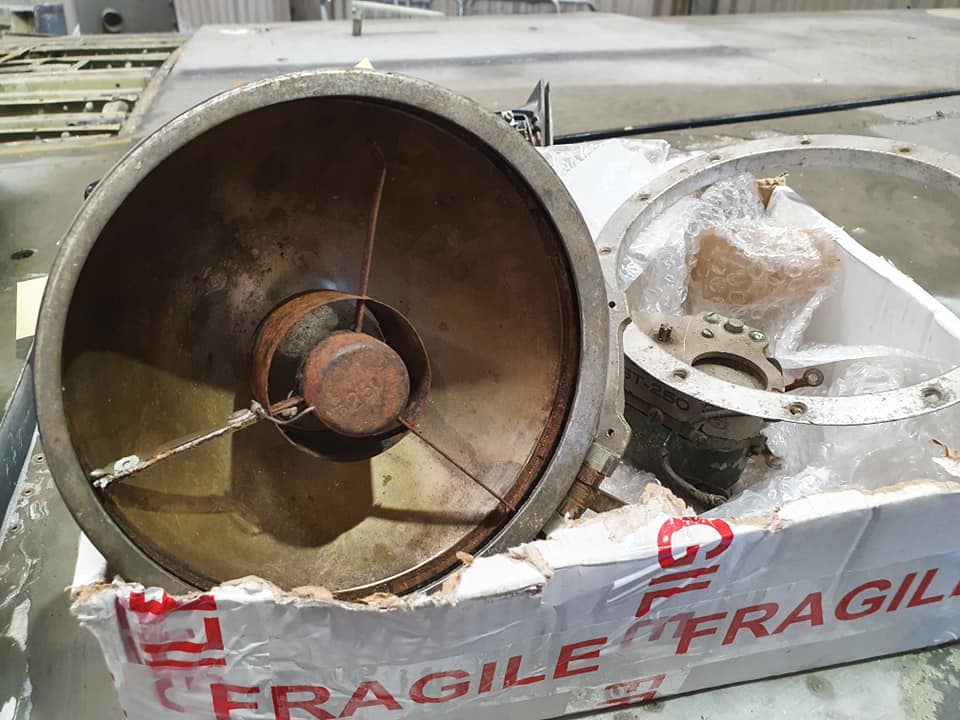 It's own bulb was blown, so I decided to see how good a fit one of our own NOS sealed beam units was. Turned out with some mods to the old reflector, and after making up some small fiddly brackets, it was spot on! 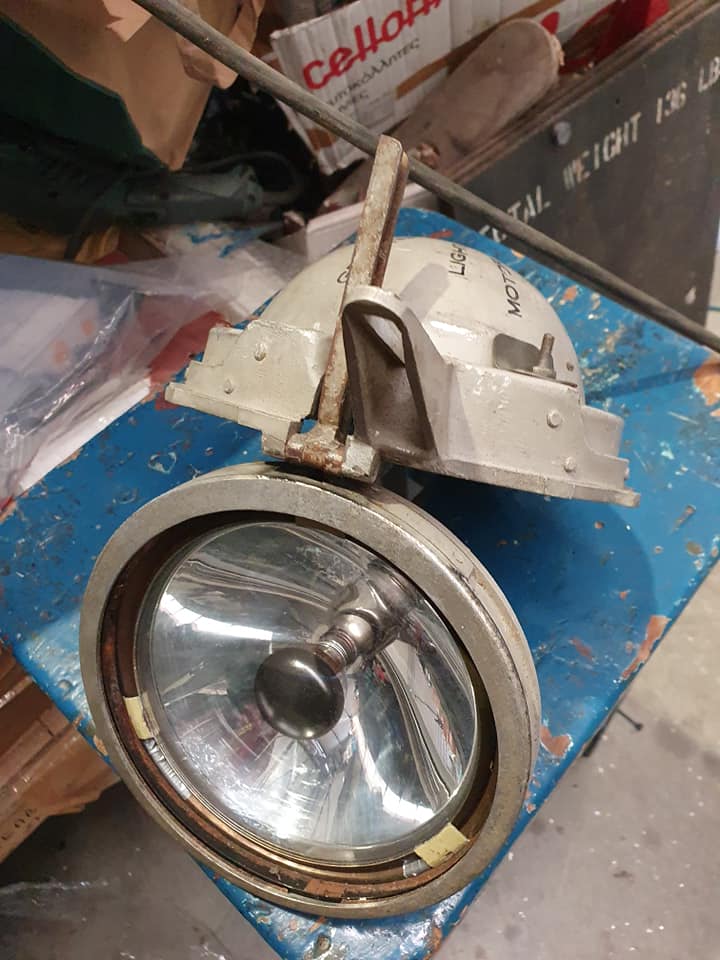 Well, spot on enough for what we are doing with the jet. Mounting it in the jet was the next problem. Fortunately our F.8 has the same lamp, or lack of, and had a pre-cut blanking plate shoved in the wing. Perfect for making into an adaptor plate, so I got it marked up to suit the Grimes lamp and the hole in the wing 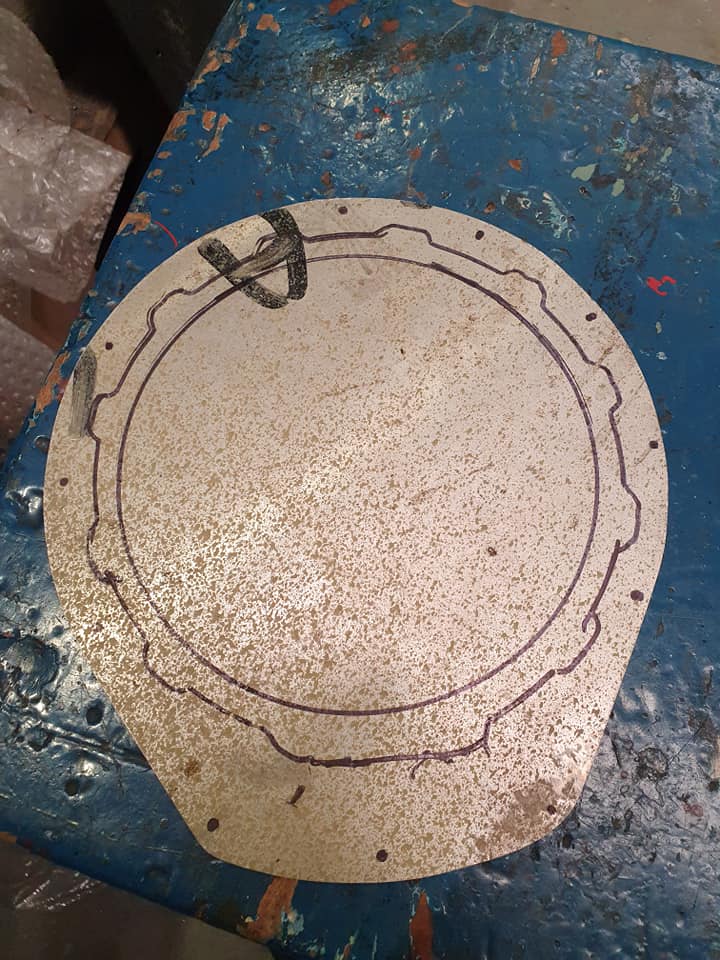 A LOT of chain drilling (so glad we have our little pillar drill!) and filing later... it fits! 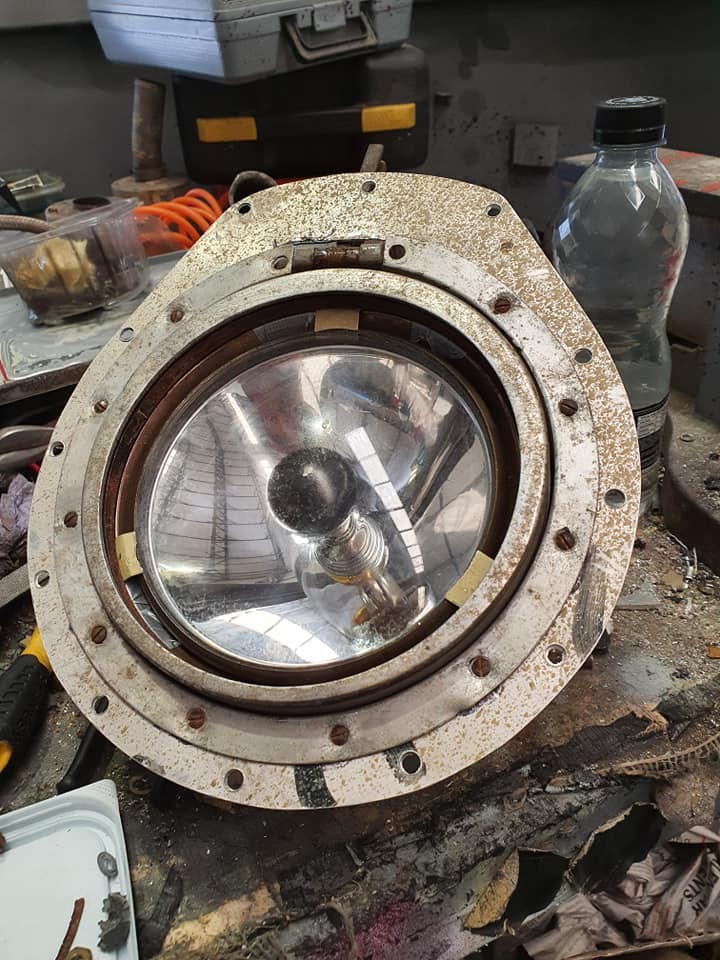 As you can see, I haven't bothered refitting the retract motor. 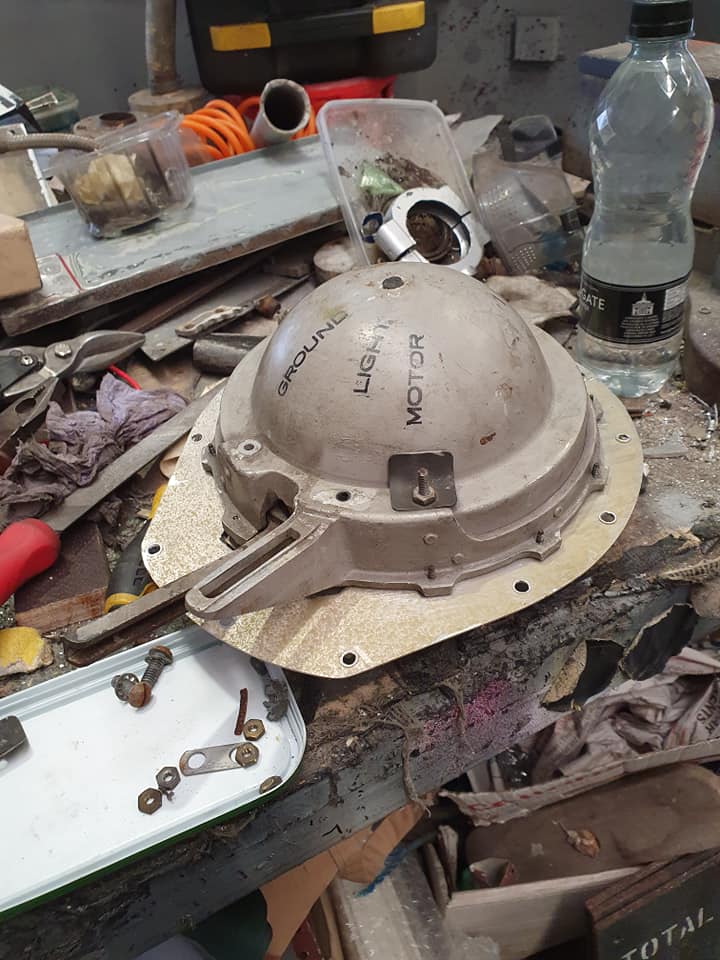 Next job, clearing enough screw holes in the wing to hang the lamp! This done, on it went 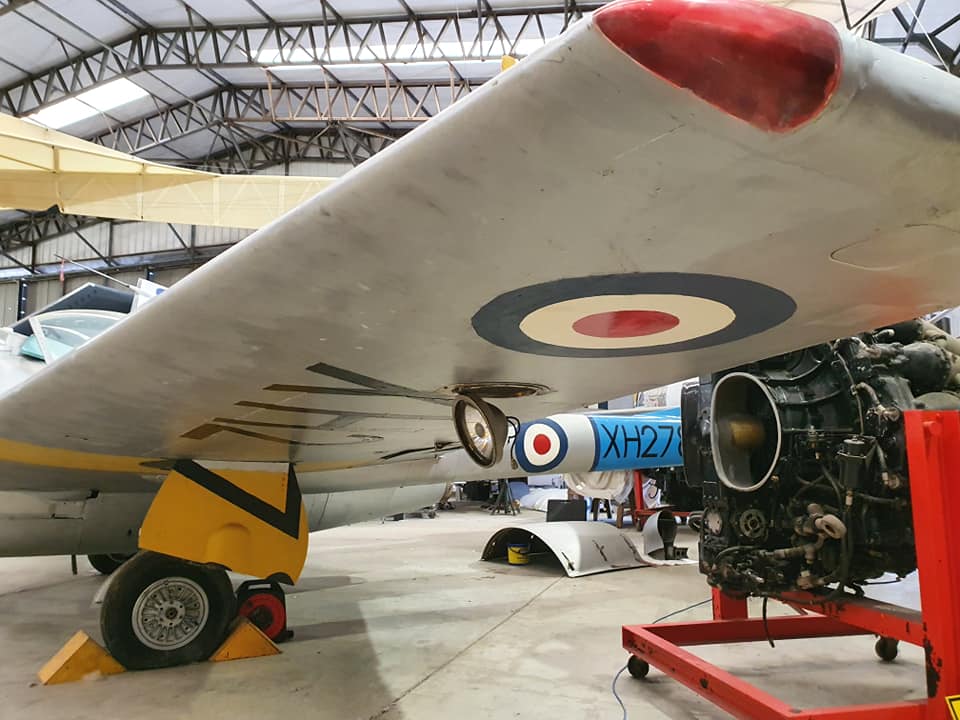 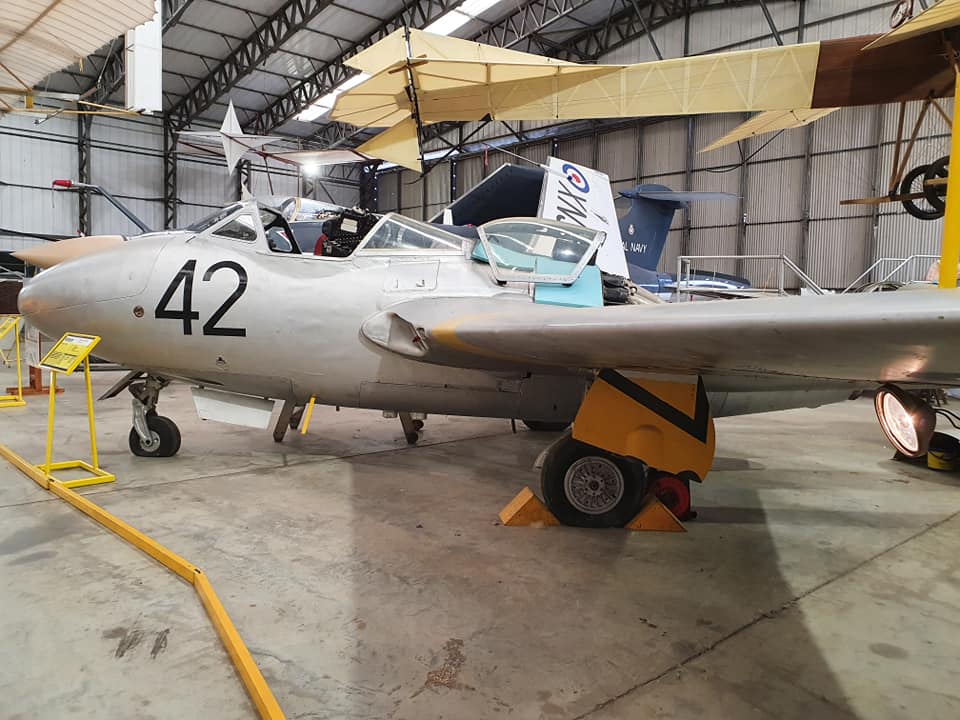 I wonder how long its been since the underside of this wing was lit with a landing lamp...? 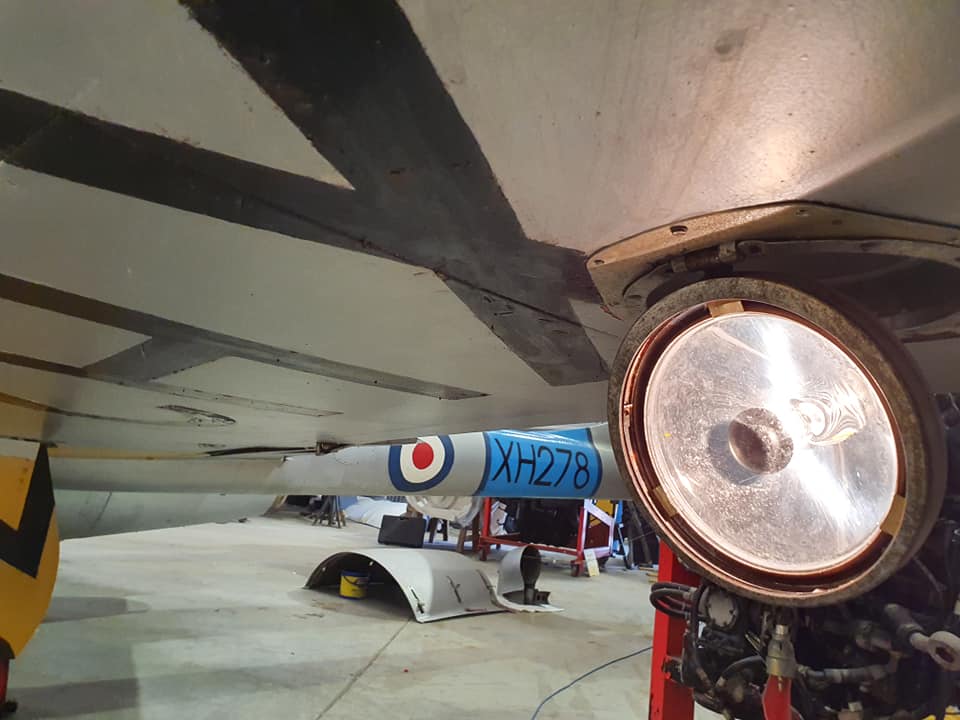 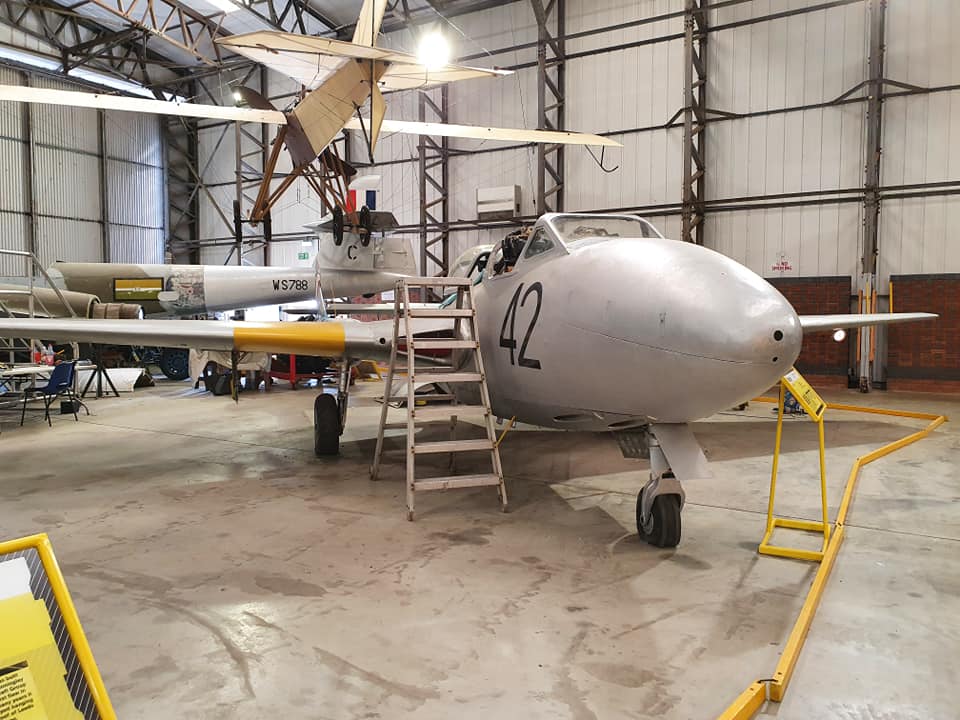 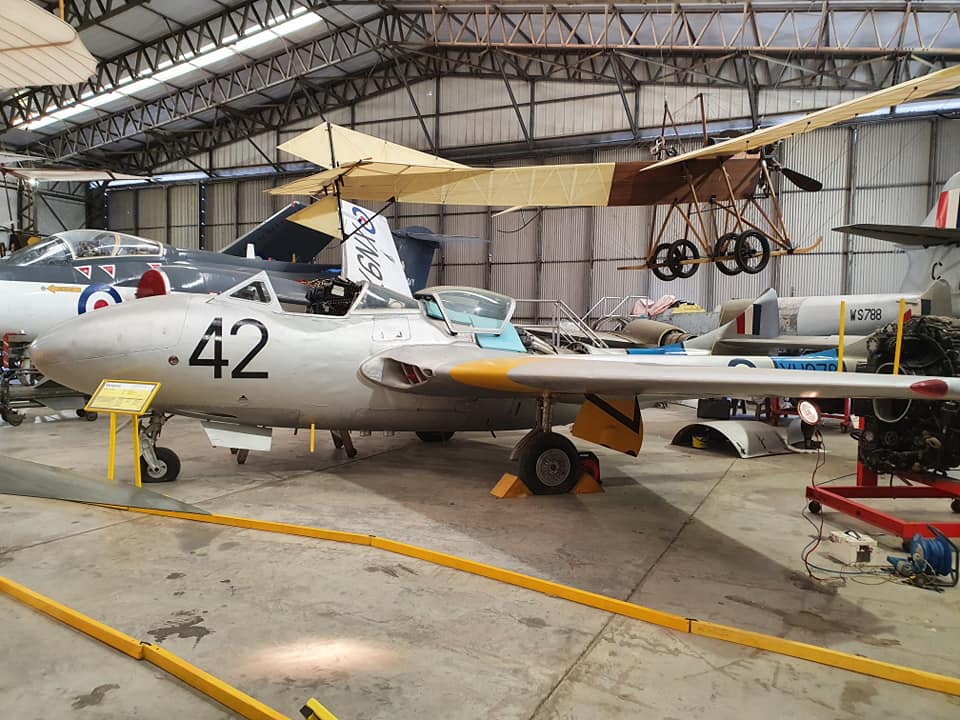 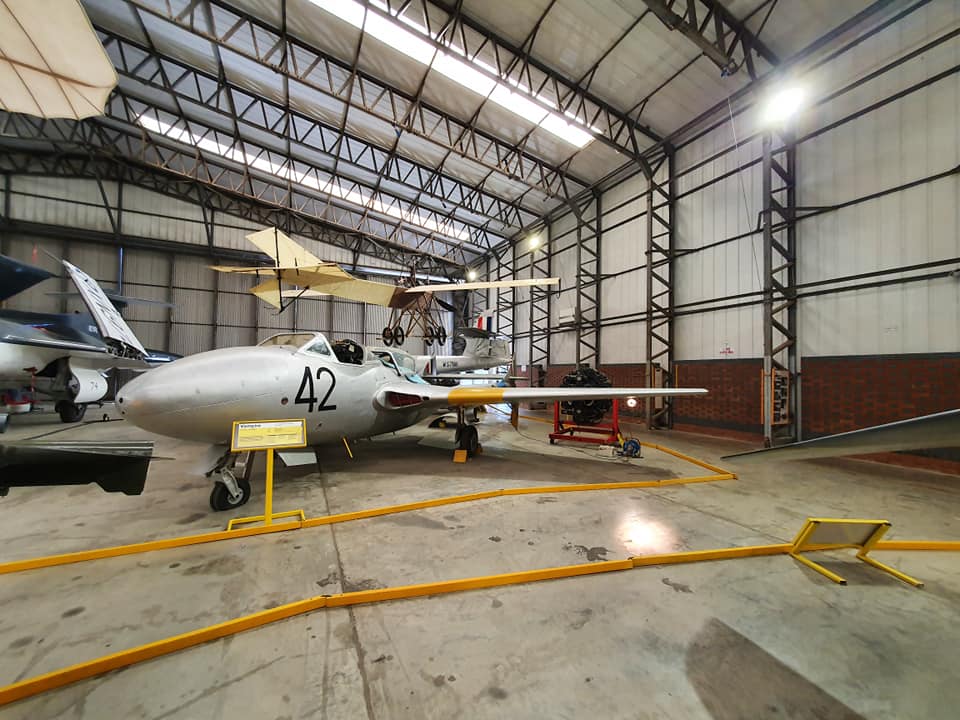 At some point the chaps working on the light fit for the Vampire just have to run their own power feed to this and that's job done, she'll light up every day for our visitors 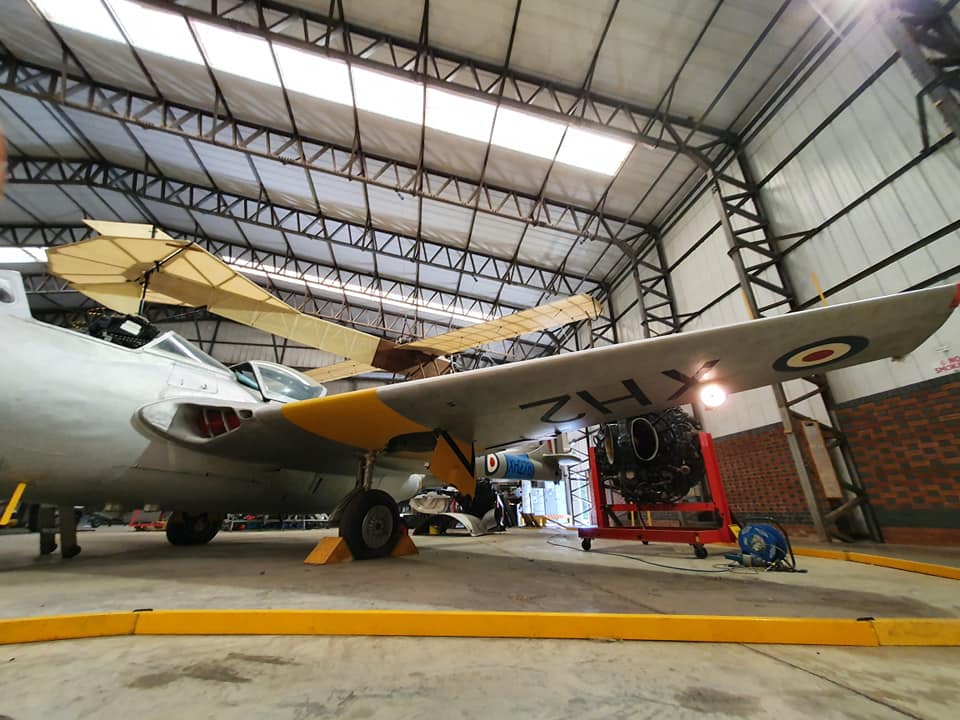 I should point out working out, making and fitting all this took waaaay longer than the brevity of this post suggests. This saw me the full day, through till 4pm. Leaving me just enough time to finish painting 788's starboard engine outer clearance panel 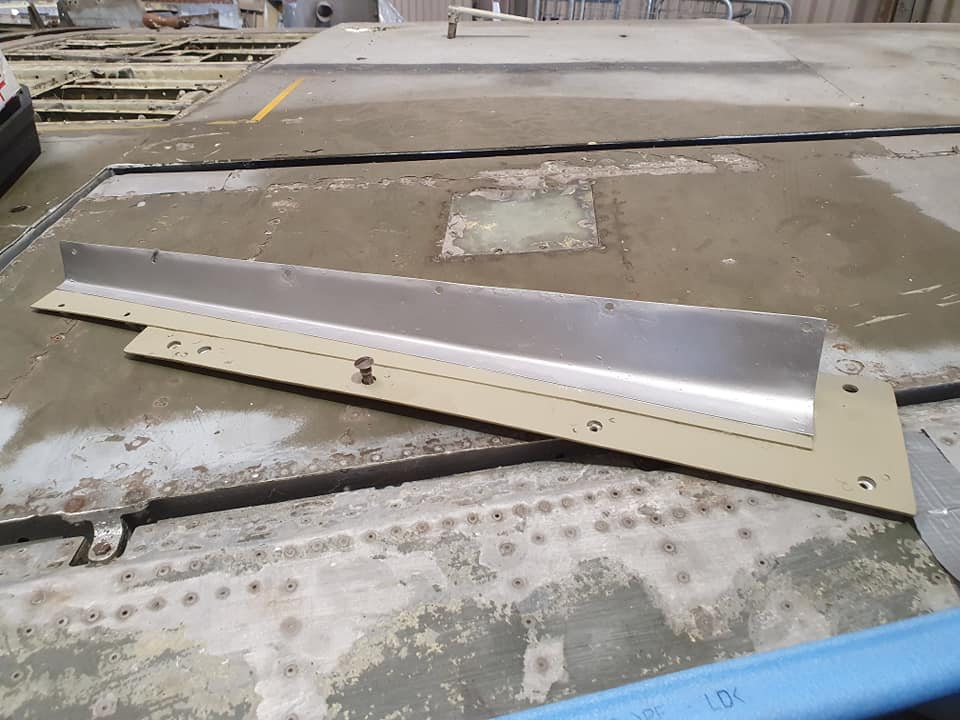 Visiting its home, looking much nicer than when it left 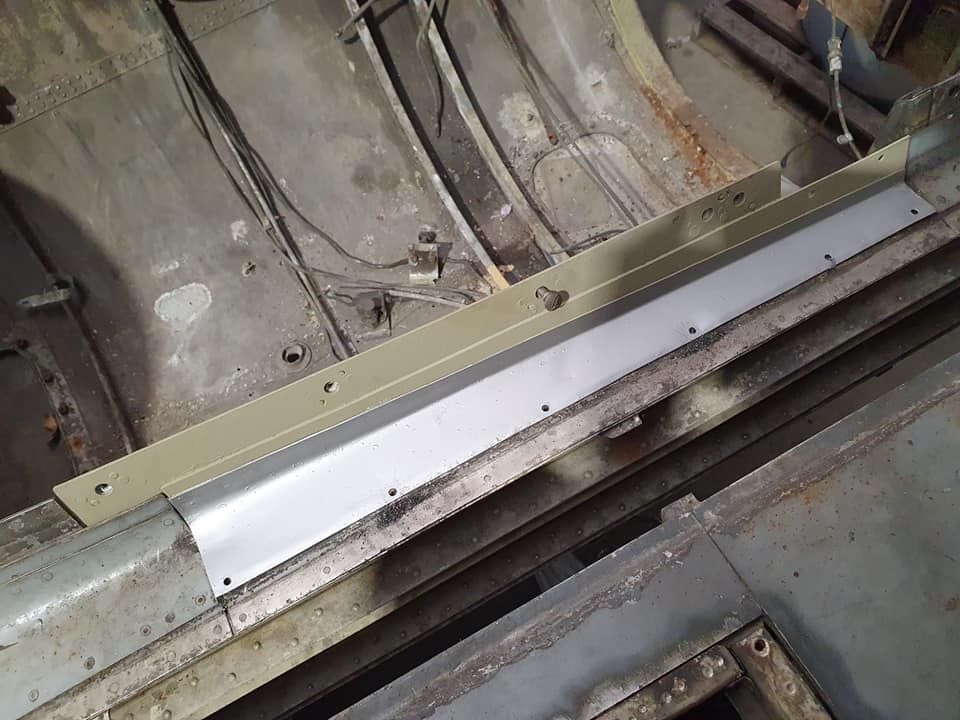 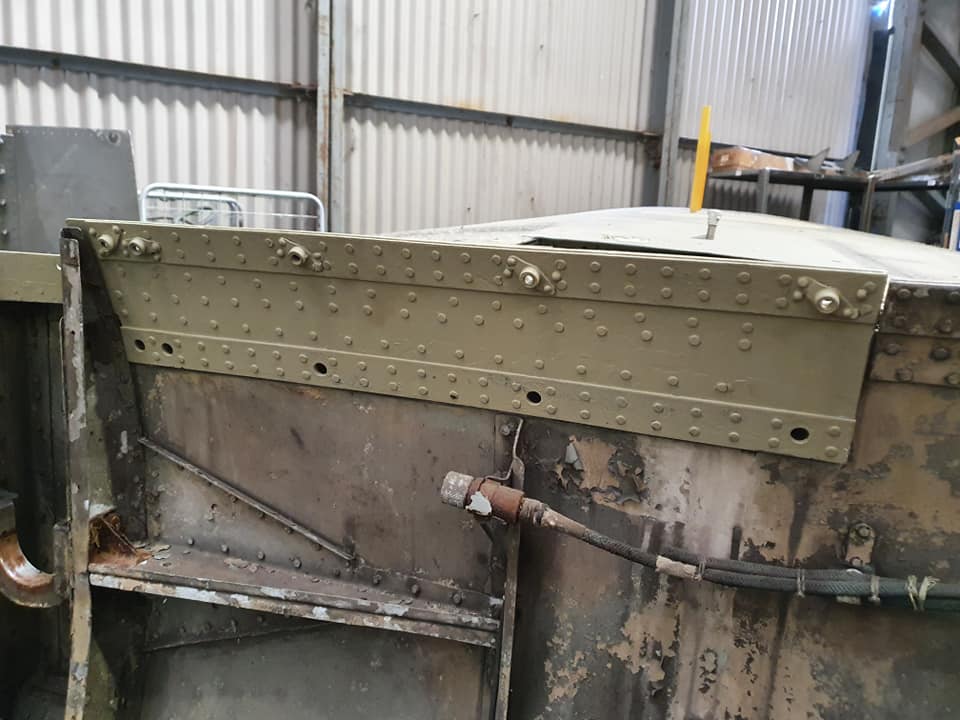 You can see from this angle, looking down at the engine mount, why the clearance panel is needed! 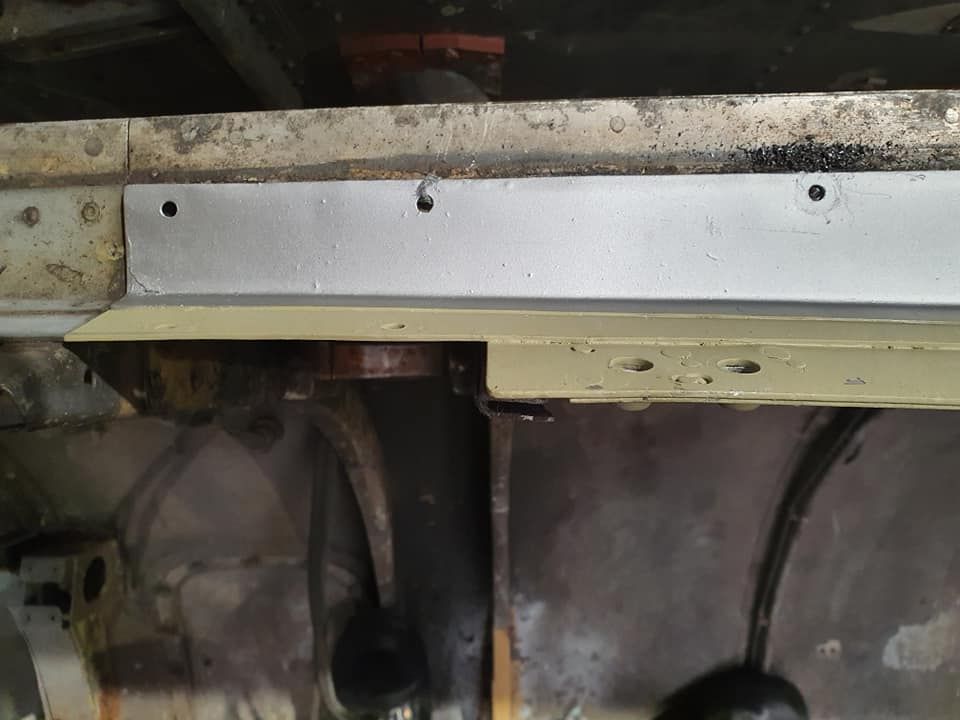 After putting the trolley acc back together after giving it a charge, it was time to pack away 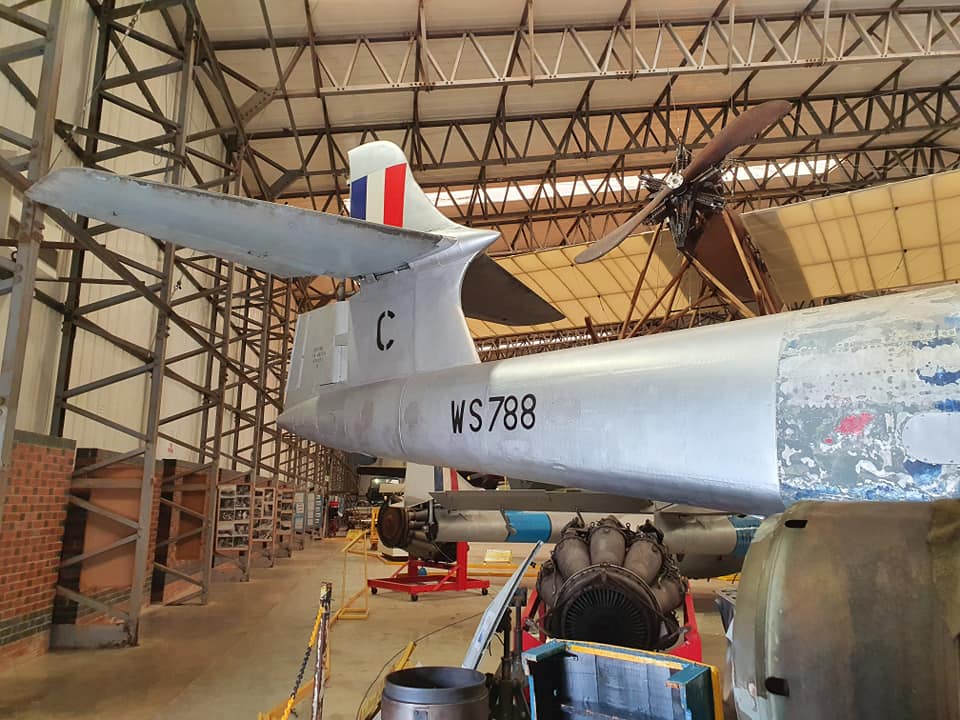 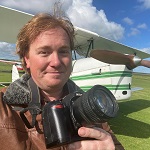 As always: thank you for your work to chronicle and share your progress, and I eagerly await the next update!
Zac in NZ
https://www.flickr.com/photos/zacyates/?
https://www.youtube.com/c/ZacYates
Top
Post Reply
677 posts